the price of punk: 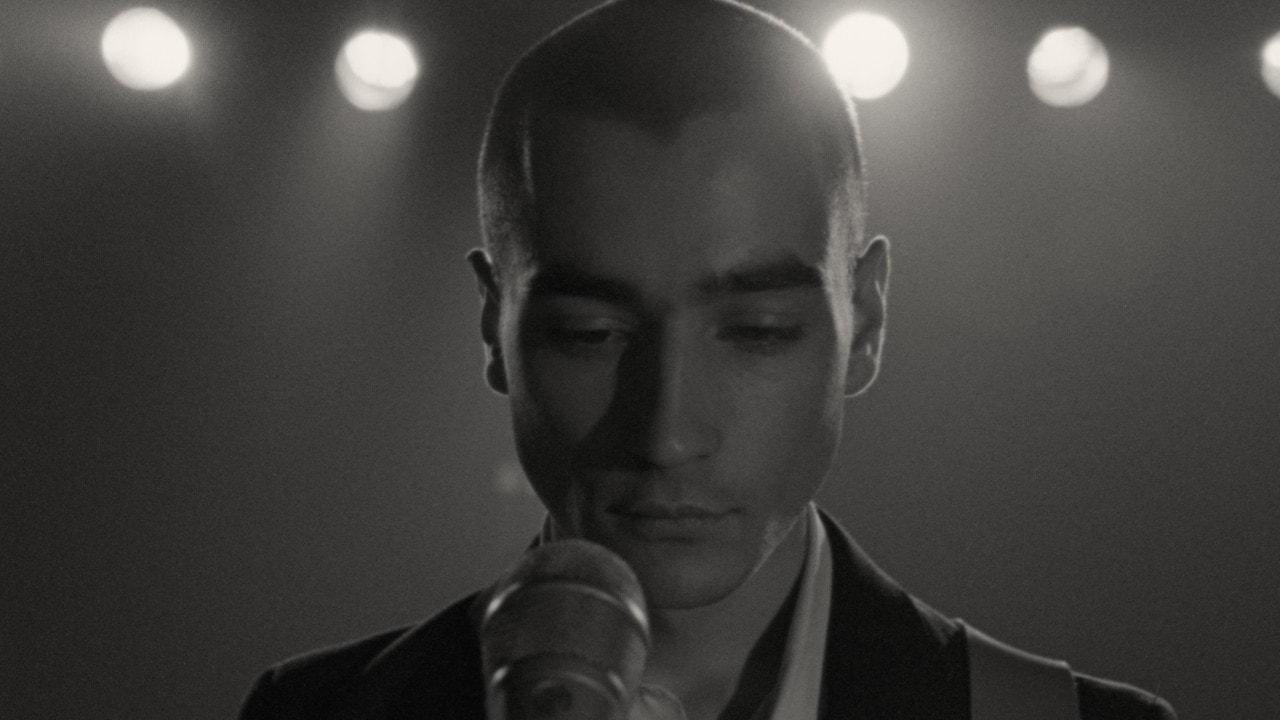 Historically in the rise of fascism and hatred, there has been a connected rise in rebellion. Screening as part of the 2021 Venice International Film Festival, Gábor Fabricius's feature directorial debut Erasing Frank highlights this very relationship. Set in 1983's Budapest, the film follows a young man known as Frank (Benjamin Fuchs) who is a key figure in the local punk scene which criticizes and attacks the totalitarian regime around them. Frank ends up being arrested and taken to a police psychiatric hospital but still refuses to give up his voice or lessen his message.

In a time of social debate and revolution where conservative nationalism is seeing a rise across the world with an equally progressive resistance also being formed, Erasing Frank feels like a somewhat perfect film for the modern moment. The character of Frank is immediately impossible not to empathize with and understand. He simply cannot let the atrocities around him to happen without giving some form of resistance in whatever form he can provide it. For the general public who find themselves in a similar situation who express their resistance to atrocities in their own personal ways whether that be a vote in an election or a difficult conversation with family, the character of Frank is perfectly relatable despite the heightened drama of his situation. Continually people try to beat the hope and will to fight out of Frank but he will never go down in a manner wonderfully brought to life by Benjamin Fuchs.

The grimy black and white visuals of the film also works quite well. The cinematography from Tamás Dobos is rough and intense in a way that shows a remarkable about of craft. The production design is equally thoughtful creating a world that exudes emotions even without the need for color. Whenever a film embraces a black and white visual design especially if done in post-production, the world can turn flat and dull yet Erasing Frank has enough skill to maintain its effectiveness throughout. It is claustrophobic, uncomfortable, stressful, and intense in the best of ways.

Sadly for the film, the story itself can fall a bit flat due to its more basic nature. While relevant, Erasing Frank offers very little in terms of fresh perspectives or ideas with the film never breaking from what stands as the predictable narrative as seen recently in films like A Hidden Life. While the narrative might be cleaner in Erasing Frank than Malick's 2019 effort, it feels no fresher. Due to this it can be a bit harder for some of the more intense scenes of emotion to hit as they should as the audience knows generally what to expect and prepare themselves accordingly. If there is one thing that undeniably helps this however it would be the rather clean 99-minute runtime for the film meaning that even though the film isn't the most shocking or impactful, it is in no way painful to sit through.

Erasing Frank largely feels like a successful debut feature. Even if not astounding, this shows an incredible amount of promise both in front of and behind the camera which is highly important. It is entirely possible and plausible that as Fabricius continues on, he builds more interesting and fresh narratives as he begins to experiment and push what his projects can achieve but as a foundational start, Erasing Frank is quite solid.