what happened to you?: 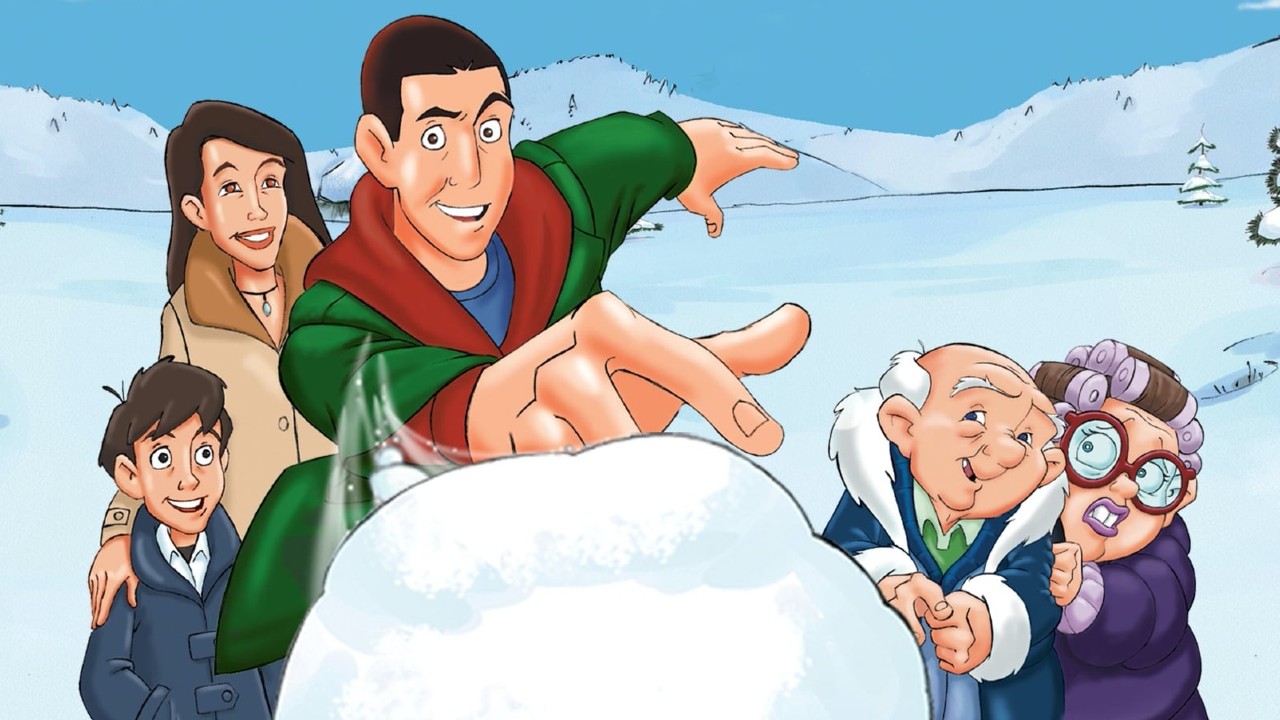 While the holiday season might look different for different religions, universal themes of love and gratitude are found throughout. It isn't entirely shocking to see comedian Adam Sandler take on the Hanukkah holiday and overall holiday season, Eight Crazy Nights is notable for being one of the rare outings for the actor as he brings the flawed character of Davey Stone to life with all the offensive comedy and lowball jokes one would expect from a project like this. Jagged from a tragedy in his youth, Stone is the town nuisance with his bad attitude and alcoholic tendencies getting on everyone's nerves. The judge has had enough however and gives Stone one last chance, he is forced to referee for the local Youth Basketball League under the guidance of an old man named Whitey Duvall and if he makes even one mistake, he is going to be sent to prison for a decade.

Possibly the most important piece of a holiday text such as Eight Crazy Nights is the heart within it. While the film is clearly more focused on getting a laugh than a cry, the true heart of Eight Crazy Nights is actually one of the bigger areas of success for the feature. While the character of Davey Stone is far from new or revolutionary, his narrative is genuinely quite moving largely thanks to his relationship with Whitey Duvall. As these two unlikely friends are forced to work together and learn from each other, there is a rather strong camaraderie found between them. It helps that their emotional journeys are based in competent emotions. The tragedy that Davey Stone faces is actually heartbreaking and is played with enough respect to hold an impact. The desire for Whitey to be recognized by those around him is compelling and each of these individuals carries scenes with genuine emotional weight.

Unfortunately for the film, these emotions are rarely actually the focus of the film. Being an Adam Sandler film, this is going to be about the comedy and sadly being made in 2002, it is going to be about the rather poor early 2000s comedy. From really lackluster songs to some of the most horrendous structure seen in the genre as perfectly normal scenes will randomly stop to include some random joke that is irrelevant to anything actually happening in the film, the comedy is not just boring but it is actively hurting the film at nearly every step. It also almost goes without saying that much of this comedy has aged terribly and it is hard to imagine the film finding much of a following with the current standards given to comedy and what is acceptable to joke about.

The one real exception to the overall poor comedy is the character of Whitey's sister Eleanore. Maybe it is because of the poor comedy around her but nearly every line involving Eleanore got a laugh and clearly, she was the highlight of the film overall. Her innocent charm as she bumbles around this world was historical and one has to credit Sandler for the performance he choose to give her. Even with the weaker script, one has to give some praise of Sandler overall as his multiple performances are all rather strong.

While Eight Crazy Nights might not quite be the "nauseating concoction" that Rotten Tomatoes describes it to be, admittedly the film is rather poor overall. With limited jokes that land and limited emotion that is on par with plenty of other more watchable projects, it is hard to truly find any angle to truly recommend the film that feels destined to get more and more lost in the shuffle every year to come.