lost to the sea: 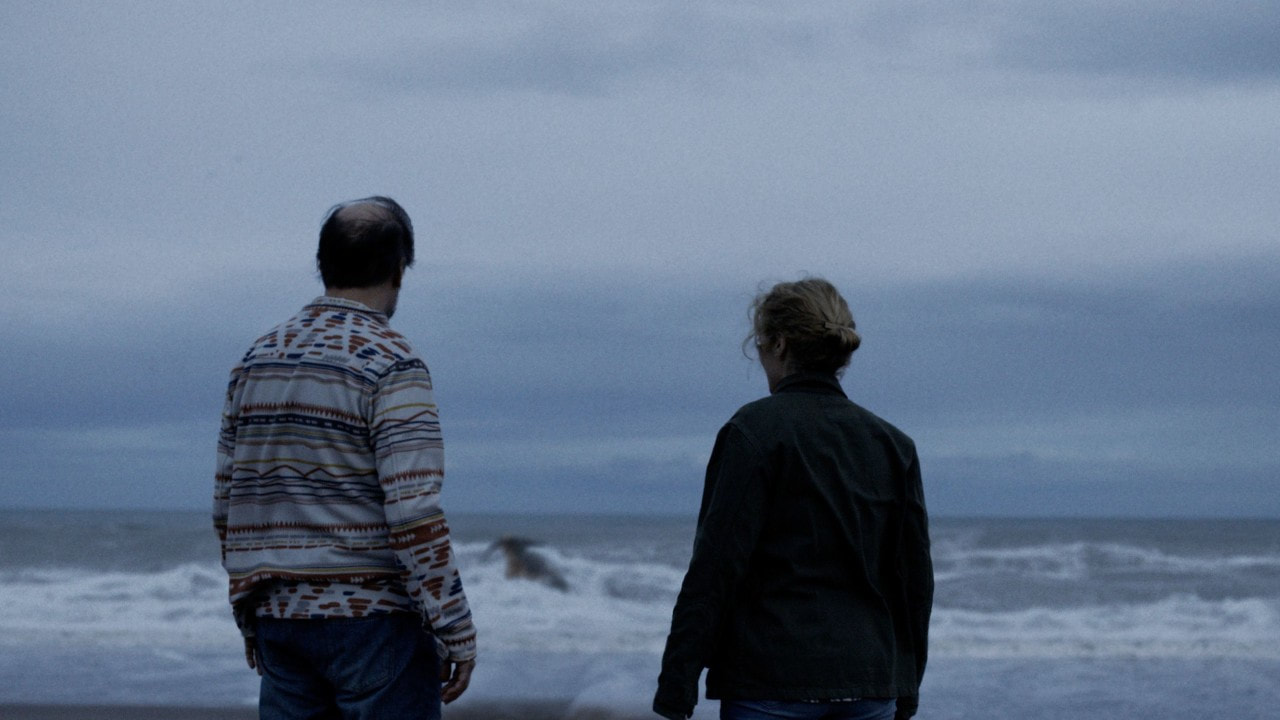 Blending grief with coastal legend, Iván Fund's Dusk Stone stands a unique exploration of emotion and family. Screening as part of the 2021 Venice International Film Festival, the film sees a family seeking closure following the disappearance of their son. The interesting wrinkle to this situation is that their son was incredibly interested in kaiju and after his disappearance, one has been rumored to be seen in the nearby sea.

With a quiet and slower narrative pace that breaths alongside the characters and their emotions, Dusk Stone is an artistic and empathetic feature in the best of ways. This portrayal of raw grief and lack of closure shines through strong specifically due to the performances by Marcelo Subiotto & Mara Bestelli. While both give incredibly emotional performances, each is subtle and crafted to feel more authentic and grounded. This is a job not easy to pull off as much of the film's weight rests on their shoulders and this energy easily could have lacked the impact these roles needed but these two really do pull it off.

The artistic visuals of the film are another huge highlight of it. This world and the emotions that casually flow in and out like the tide itself is reflected in the longing visuals of the marine layer and turning sea. The cinematography from Gustavo Schiaffino is thoughtful and atmospheric in the best of ways acting not just as the defining tool of creating the tone of the film but also acts as a character of its own. The emotions and weather sit on the film and every scene within it. Even if the pressure of these elements are not the focus of every scene, their presence is consistently felt.

While this brooding emotion and drama might not captivate every audience member, it does feel as if it overall works as the film builds to its emotional climax at the end of its clean 87-minute runtime. If there is one area where it feels like audiences will turn on the film, it is this ending. While the film does offer some sort of conclusion and answer to the mysteries present throughout the feature, it does feel a bit unsatisfying as some of the emotional beats feel misplaced. The deeper emotions feel left sadly untouched and overlooked for a more artistic and unique approach to emotional catharsis in a way that will leave many feeling disappointed. While this isn't enough to ruin the film or make the entire feature feel like a waste of time, it does undeniably leave a bit of a cold reaction on audience members and feels like the one area of the film lacking a special level of craft.

Even with its lackluster ending, Dusk Stone is one of the more unique dramas of the year. With a cold marine touch and quiet intensity of emotion and grief, the film hits audiences and forces them to empathize with these characters whose entire life has fallen apart with their only hope being a somewhat childish rumor of a monster coming out of the sea. Even if it might not be a masterpiece, Dusk Stone is clearly worth the watch and ends up being a competent and effective meditation on these heartbreaking emotions.