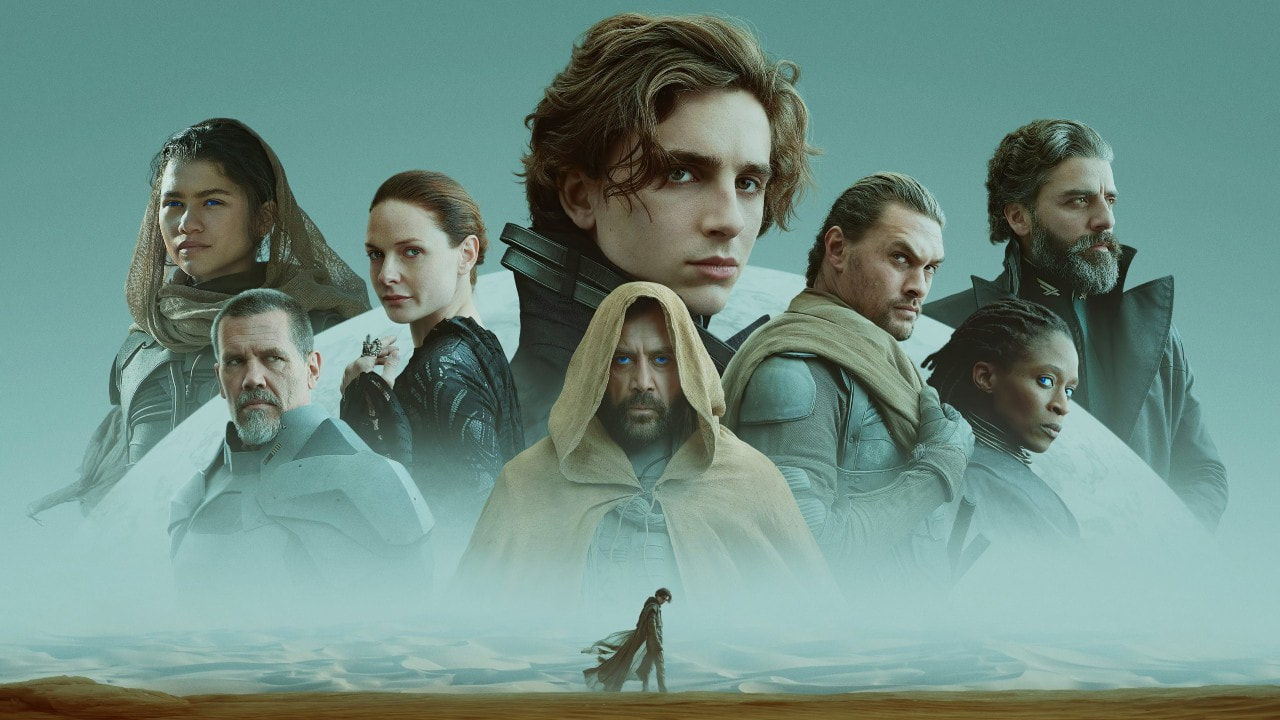 Frank Herbert's 1965 novel Dune has proved to be one of the more challenging sci-fi epics for audiences to appreciate. Many found the density of the book to be hard to engage with while cinematically, even the most skilled auteurs like David Lynch has struggled to capture the story in a package many could enjoy. It seemed like hope might have been lost for Dune until Denis Villeneuve surprised many by selecting it as his next project. Coming off of an insanely strong streak of work including the likes of Prisoners, Enemy, Sicario, Arrival and Blade Runner 2049, Villeneuve has proven himself as one of the strongest filmmakers working today no matter the size or scale of the project. It seemed like if anyone working today was going to be able to successfully bring Herbert's work to the big screen, it would be Villeneuve.

Wisely learning from the attempts made before him, Villeneuve immediately takes precautions by splitting the story of Dune up. 2021's Dune opens with the title card carrying the addition of "Part One", signaling that Villeneuve has no interest in biting off more than he could chew and is willing to gamble with the hope of creating another film instead. Make no mistake, Dune is not a complete story but rather a compelling setup for what is to come. This is risky but clearly feels like a necessary choice as properly adapting this section of the book alone takes up a grand 165-minutes. This time is not wasted either as the film bounces between planets, characters, and various explanations for the world it takes place in.

Similar to the Star Wars prequels, for those looking for an easily digestible sci-fi epic, Dune is going to disappoint. While there is epic action, the root of the story is a political drama of betrayal and family that demands audiences pay attention and engage on a rather taxing level. There are multiple factions existing with various motives lying behind every action and thought. Villeneuve's Dune might try its best to be more accessible than other renditions of the story but still is sure to leave many confused and lost. Inherently, the story feels flawed in how it drops audiences into the complexity of political warfare with no simple answers or sides. Unlike Star Wars where there is a rather simple good side and bad side, Dune asks for poignance in its morals. While the audience naturally will gravitate towards the House Atreides considering they are shown in the more favorable light and Paul Atreides (Timothée Chalamet) is the main protagonist of the film, even they have a rather complex identity when their relationship with the indigenous people of Arrakis known as the Fremen gets analyzed. In the opposition there is House Harkonnen but the audience is introduced to them through the setting of a trap. Unless one had prior knowledge of the dynamics between these three groups, it is hard to imagine them fully being able to appreciate or even understand the story of Dune on a single viewing which speaks to one of the inherited challenges of the story.

For those who can understand the story however and are more willing to engage with a slower political drama, it is hard to say that Dune is anything but thrilling. The various twists and turns not just are shocking but are emotionally moving as Villeneuve brings his empathetic and human style of directing to a large-scale epic. Clearly prepared by Blade Runner 2049, Villeneuve creates an inner personal character study of power and fate. Paul specifically is seen by many as the chosen one and has to contextualize his own status while dealing with a fight for survival. It is a harsh and unforgiving journey but it also is meaningful and moving. Deeper ideas of religion and creed are also found with Villeneuve staying true to the original book while creating his own soul for the project.

With its large budget and skillful crew, it should come as no surprise that the technical side of Dune is near flawless. The visual effects are stunning with the production design being paired nicely with it when it comes to various practical effects and set pieces. The costume design from Robert Morgan and Jacqueline West is inspired and the cinematography from Greig Fraser is crafted and genuinely beautiful. Of course, the score from Hans Zimmer is also wonderful blending what one would expect from Zimmer with an inspired new twist. The only area where it feels like the technical side of the film somewhat lets the audience down is in aesthetic. One of the biggest bright spots of Blade Runner 2049 was its vibrant use of color and Dune feels purposefully dull. While this could be to set itself apart from Blade Runner 2049, it also might be a specific choice due to how dull the planet of Arrakis is supposed to be but either way it does feel weirdly bland. While this works well for a book where visuals are not a concern, on film this easily could have been something to help engage audiences and really stick with them but instead, most of the iconography feels rather forgettable as a result.

The acting is a mixed bag. While those like Josh Brolin, Oscar Isaac, Rebecca Ferguson and Jason Momoa are giving personable yet intense performances that really do work, Timothée Chalamet struggles at times. Many have complained overall that Chalamet has lacked a bite when it comes to his performances and where 2019's The King begs to differ overall, Dune does him no favors as Chalamet struggles to carry a film this size and weight. While passable here overall, it will be interesting to see how Chalamet does in Dune: Part Two if it ever finds release considering it is there he truly will need to step up to the plate and lead the feature.

The questionable fate of a sequel is the other major concern with Dune. Being part one of a story, Dune has no true climax or ending. It plays as a setup for the plot of the sequel offering almost nothing in terms of satisfaction or closure. If a sequel is made and it is satisfying this will ultimately fail to be a major issue but if that sequel doesn't materialize, this is going to be a major problem. The film has successfully hooked the audience and now needs to deliver a satisfying conclusion or else it goes down as an ultimate waste of time. It isn't hard to imagine some audiences feeling disappointed by having to wait already especially as this isn't something mentioned in nearly any marketing for the film. Overall with its slower pace, more complex drama, and surprising lack of a conclusion it is easy to see a future where the general audience ultimately turns against Dune which is disappointing considering the strengths of the movie overall really seem to outweigh its weaknesses.

Dune might not be the revelation to cinema that many hoped but it still is rather solid. Sure it is long and dense, but the drama of Dune is engaging and it does make the audience care about its characters and stories. One can only hope that on the horizon is success and closure for the story, not disappointment and unresolved drama.