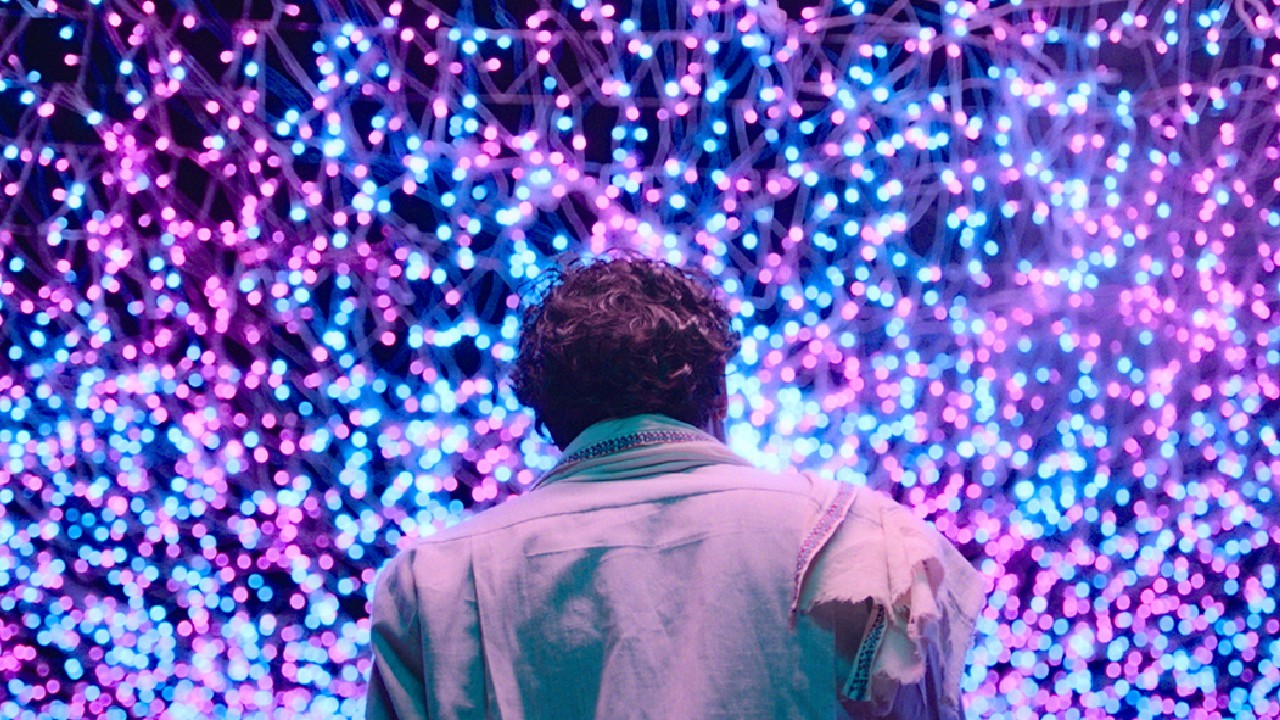 Religion has been a fundamental part of societies all around the world with its roots being baked into the sheer foundation of civilization. India is notorious for its religious diversity and roots which is what led filmmaker Ritwik Pareek to explore this idea in a satirical sense with his feature directorial debut Dug Dug. Screening as part of the 2021 Toronto International Film Festival, Dug Dug sees a tragic fatal motorcycle accident turn into a sign of hope as the bike mysteriously starts moving and a religion forms around its supposed spiritual power.
​
Of all the things one could love about Dug Dug, the most undeniable is its visual pallet. Using striking colors and vibrant lighting, Dug Dug is a truly beautiful film to look at in nearly every sense. The cinematography and shot composition are strong and the production design especially feels inspired. This is especially notable as, within the comedy genre, this technical craft is often lost especially in recent years. So many comedies only focus on making a funny film that to see one both embrace humor but also create a visually captivating world truly does stand out.

The best part of this is that it isn't at all at the expense of said comedy. Especially in the first half of the feature, Dug Dug is a genuinely funny satire that pokes fun at religion in a sense that doesn't feel disrespectful or problematic. Clearly helped by the authentic experience of Ritwik Pareek and his personal life experience, the film feels genuine in its expression of how mindsets can change rapidly and how much power can be generated from the supposed breaking of what is regarded as reality. The genuine thought that a supernatural presence has been found is enough to attract and inspire entire communities within Dug Dug which both is naturally funny but also layered and somewhat poignant. In a time where blindly trusting and feeling the need to defend group-thinking is at an all-time high, the film has a relevance that helps make it stand out and feel worthwhile.

The only regret of the film's plot is that it simply doesn't go crazy enough. There is potential for the story to truly elevate itself and embrace a wild plot but it never feels willing to take that next step past the initial idea. This style of absurdity would really have pushed the film higher and it is somewhat disappointing to see a film with so much potential for this end up failing to achieve its own potential. This also causes the film to massively drag between the 2nd and 3rd acts despite the film containing a somewhat shorter 107-minute runtime.

Overall, Dug Dug is a fine religious satire that feels on the verge of being great without ever truly living up to that title. The comedy is fine with many of the jokes and comedic timing being genuinely funny and there is a deeper backbone to the film, but it never feels like the film truly finds its groove and elevates itself beyond just being "good". The one positive is that this is a feature directorial debut meaning that it is entirely possible that as Ritwik Pareek continues to grow and feel more comfortable, he will be more willing to push the envelope in future projects as clearly, he has a genuine talent.