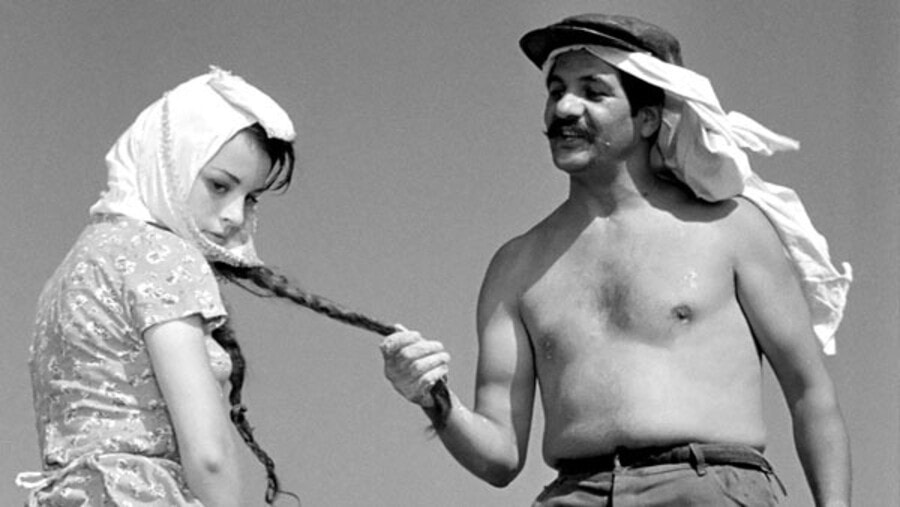 Set in the farmland of Turkey, Metin Erksan's 1963 Golden Bear winning Dry Summer serves as a warning towards the dangers of greed and blind faith. The film follows Osman (Erol Taş) who decides to cut the water supply off from his neighbors considering the spring is on his property and the issues that arise between not just him and those neighbors but also him and his much more empathetic brother Hasan (Ulvi Doğan).

Dry Summer is a film that works best when viewed through the context of the film being a character study. Ultimately the film is capturing an egotistical and selfish man who is willing to do anything in his power to elevate himself while avoiding any resemblance of consequences for his actions. Brought to life by an inspired lead performance from Erol Taş, the character of Osman is the perfect slimy villain that will engage the audience waiting for his demise while also not going too overboard. Having the major antagonist of a story be the lead character of a film always risks alienating the audience but the character dynamics within Dry Summer work so well that it remains engaging and enjoyable. On the sideline, both Ulvi Doğan and Hülya Koçyiğit also serves an important role in this. Ultimately these two characters serve as the heart of the film serving as tragic martyrs to the consequences which should fall onto Osman. These two characters are the ones to make the audience invest and care about the story within the film and ultimately the relationship between them and Osmand is what elevates the film overall.

Where in this regard the screenplay within the film is nothing short of skillful, the filmmaking is also outstanding. The cinematography from Ali Ugur and the editing by Stuart Gellman and Turgut Inangiray is dynamic and inspired. How the camera moves throughout this world carries an energy that is outstanding even in terms of modern filmmaking. Where the film gets away with dynamic camera movements that allow scenes to flow and captivate without the use of too many cuts. When the film does finally cut the shot composition and framing is inspired and serves a purpose. Dry Summer never feels like it is just going through the motions of filmmaking, it is constantly pushing to be a thoughtful and memorable picture using even the most fundamental aspects of its identity to its fullest.

The single area where it feels like the film starts to lose its impact is towards the center of the film. Even with the shorter 90-minute runtime, there is a portion of the film where it does feel like it starts to stall as it sits in a period of waiting. Osman has made his choices and consequences are around the corner, but the film stalls for a bit too long. Even if the filmmaking remains inspired in this section, it does feel a bit underwritten and easily causes the film to lose quite a bit of steam.

Regardless, Dry Summer is a perfect example of a film that makes the most out of the least. By simply paying attention to the fundamental pieces of filmmaking and creating a thoughtful story with various twists and turns, the film becomes captivating without any need for a forced gimmick or over the top plot. Dry Summer speaks to the power of grounded cinema and is a triumph for all parties involved.