drive ​movie review
​by carson timar
​(best of the decade)

Ever since its first screening at the Cannes Film Festival back in 2011 Drive has reached mythical proportions of hype and conversation in the film community with people either thinking it is an absolute classic that brings to life some fascinating characters or an overrated pile of ascetic shit that doesn’t actually have anything to say. On my first viewing, I was in the middle, I didn't have this overwhelming love for the film but I also didn’t hate it or think it was terrible in really any way. To me it was simply just a “good” film but looking over the decade I knew this was one I needed to revisit to give it another chance to hit me. On paper there is a ton of stuff here that should really work for me, Ryan Gosling is one of my favorite actors of all time and the overall ascetic that this film presents of a big city like Los Angeles is one of my favorite settings especially at night. I sat down for this rewatch with an open mind and I am really happy I gave it another try. Where I still don’t look at this film as an absolute classic and have flaws with it I do overall enjoy the film and defiantly have a deeper appreciation for it after a second viewing. 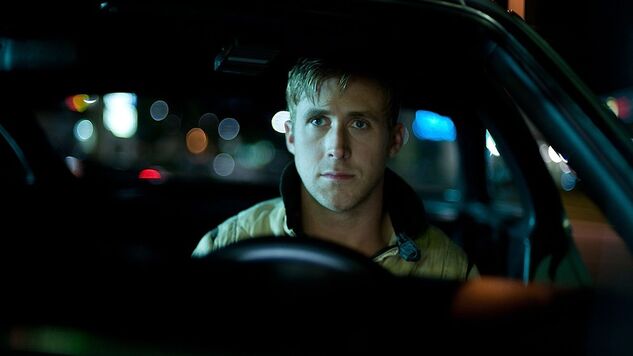 One aspect of this film that really hit me on second viewing was the performances in this film specifically from Ryan Gosling. He plays an unnamed young man (I will refer to him as Driver), who loves cars and works as a getaway driver where he is able to showcase his insane talents behind the wheel. This character is very soft-spoken and doesn’t speak often or really show much emotion for that matter. He keeps to himself even as his life starts to get complicated as he meets Irene (Carey Mulligan) and starts to fall in love with her seeing a life that would make him happy that he can’t follow due to his commitments to the local mob. Yet even in the held back emotional scenes you can see and sense the layers of emotions his character is feeling and in those rare scenes where he finally lets his emotions show it hits incredibly impactful. Earlier in this series, I talked about Black Swan and the incredible work Natalie Portman was able to give in that film easily being not just one of the best performance of that year but also one of the best performances of all time in my opinion. I feel the same with Ryan Gosling in this film, the level of craft he brings to his performance and what he is able to accomplish is just unreal.

Where no other actor in the film is able to match what Gosling is doing that isn’t to say they are bad, specifically (Carey Mulligan) really impressed me as Irene and her chemistry with Gosling was one of my favorite aspects of the film. As it slowly builds through really natural and effective interactions I found their romance to be one of the best aspects of this film. It feels so genuine and sweet which also is needed to help make Driver a good protagonist who we can route for. We see him finding happiness and get behind his relationship with Irene showing his good heart despite doing bad things. I also think Bryan Cranston does a really solid job as Shannon who is basically Gosling’s manager with the 3 jobs he bounces between (working in the garage, stunt driving for films, and being a getaway driver for robberies). Where his relationship with Driver is obviously very different than Irene’s relationship with Driver but his dynamics with Gosling were also really solid and felt so natural through their highs and lows. 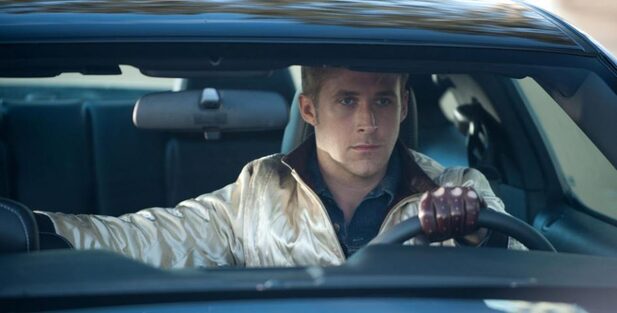 The film also, for the most part, looks amazing, of course, the ascetic is a huge highlight for me but the cinematography is also just really impressive. The shot composition is so unique and well crafted that it is able to elevate some pretty average production quality. There is something about the unconventional way they shoot this film that I can’t quite put my finger on that makes it stand out so much, maybe its how they don’t often center the main focus of the shot or the interesting aspect ratio but the way they shoot this film really stood out to me. The only time where visually this movie felt a little weaker was towards the second half where you can feel what I assume to be some budget constraints, for example, there is a car chase in the second half that feels really poorly shot and choreographed which is especially obvious in comparison to the car chase that opens the film which is one of the all-time best car chases in film. There are also just some weaker effects in some of the violent action scenes that stood out, it’s not that these are huge issues that ruin the film or anything like that but it is noticeable as you watch the movie and does stand out as weaker visual moments. Another notable aspect of this film would be its soundtrack, at first it seems like an off choice to have so much of this film’s soundtrack be pop songs but it works really well adding another element to this film that feels unique.

Beyond those few effects, the plot also is a bit of a miss towards the end in my opinion. Similar to those effects this is not big enough to ruin the movie but it does get a bit lost in its plot involving the crime group that Driver works for and sometimes does feel distracted. I was so engaged and impressed by the romance in this movie that to leave that behind to a point and focus on this violent crime side of the film felt like a bit of a weaker turn of events and I do think they could have laid out the film stronger.

When a film has the highs that this movie reaches though it is impossible to dwell on these smaller flaws that it has, sure the plot could be cleaner and the effects could be of a higher quality but in the end, there is still so much to love about this film. It gives us one of the best performances and romances of the decade while also being an effective character study for a character not easy to not only explore but also create in general in film. For this film to be the quality it takes some damn impressive people working both in front and behind the camera so in the end I can’t help but be positive on this film. Sure it isn’t quite the classic in my opinion that so many people make it out to be but it still is something special and if you haven’t in a while I do hope you revisit it. I sure know I am looking forward to seeing it again sometime soon in the future.