we are on a drifting home!: 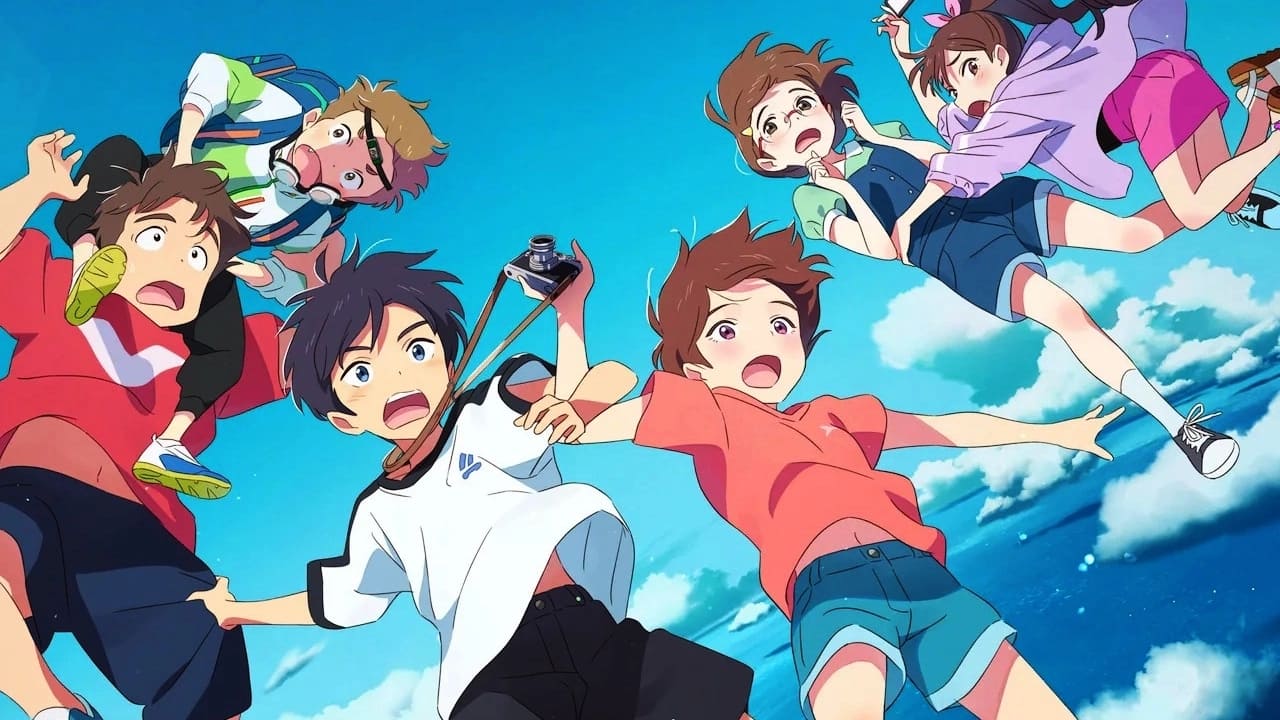 ​​Out of every streaming service to attempt and capitalize on the recent boom in interest seen towards anime, it is hard to argue that any service has invested quite as much time and effort as Netflix. With a steady stream of both original releases and catalog collections, Netflix has doubled down on the value they put towards the medium. The biggest struggle for the service, however, has been quality. With the vast majority of original anime projects failing to deliver, Netflix has grown an identity in providing mid to poor anime features with the search for a true classic still ongoing. It seems like a good step for the service to start to work with more established directors with Hiroyasu Ishida being a strong candidate. Debuting in 2018 with the rather strong Penguin Highway, Ishida showed his ability to create captivating works that blend deeper more grounded emotions with the fantastic possibilities of the genre. With his sophomore feature Drifting Home going to Netflix, it seemed like the service might finally be nearing its first great anime feature, but sadly the curse remains unbroken.

Drifting Home sees yet another convergence of fantasy and grounded drama for Ishida as the film follows a group of sixth-graders who meet each other in an old apartment building where some once lived. About to be torn down, some go to the building to say one last goodbye while others simply go to start drama. Everything changes for the group however as a massive rainstorm appears out of nowhere and within minutes, they find themselves and the entire apartment building floating in a vast ocean. The kids have no idea what is happening and as the film progresses, they both learn more about each other and the situation they find themselves in.

Focusing on an entirely younger group of characters, Drifting Home immediately struggles with the weight of its drama. Specifically revolving around the still raw emotions of a young boy named Kosuke (Mutsumi Tamura) who recently lost his grandpa, Drifting Home carries an uneven maturity that never quite develops. There is an inherent rawness and venom to Kosuke's pain and how that develops in his various relationships, but the film never allows this to fully grow or define itself. Between the fantastical situation these kids find themselves in and the more petty kid drama, what should be a strong emotional backbone often falls to the background.

It doesn't help that those around Kosuke have rather limited character work. While the cast is overall strong in bringing the personalities of these kids to life, many lack nearly anything of interest when it comes to depth and purpose. This is a rather bland group of kids who ultimately fail to provide enough of intrigue for the film's weirdly long 120-minute runtime. The drama is not nearly enough to justify this length and the film clearly suffers from feeling bloated. The isolated building also begins to bore with not nearly enough for the kids to do.

It is perhaps of these shortcomings in character and story that the film adds the magical element. Not only is this apartment floating at sea, but it is also supposedly haunted. While at first, this is a great setup as there is a real weight to these kids not knowing what is happening and having to find a way to not only survive but also emotionally hold themselves together with the fate of their world and families unknown. The film wastes no time in destroying this angle and immediately this setup proves to be empty and boring. It serves mainly as a catalyst to keep these characters near each other to allow these relationships and conflicts to take place. Had the film played more into a mystery regarding this situation and done more, this could have been enough to grab audiences and keep them hooked, but sadly the film fails at this which is a shame as this is a balance Ishida himself proved capable of with Penguin Highway.

When it comes to success, the biggest is clearly the animation. Rather stunning, some of the shots of this apartment put against the massive ocean do stand out well enough. The character animation is strong and again, the cast is all wonderful. What is noticeable in a more negative light is the score from Umitarō Abe. Lacking any personality, the score feels like it is simply going through the motions and does hurt the film when it comes to building an identity on a technical level.

Drifting Home is yet another forgettable anime outing for Netflix. With a rather boring plot and overall forgettable characters, strong animation and voice acting isn't enough to keep this feature afloat. Ishida and Studio Colorido started incredibly strong, but quickly are proving that the hype that once surrounded the studio might have been more of false hope for a proper successor to the legendary Studio Ghibli.
Become a Patron!