back from extinction: dinosaur 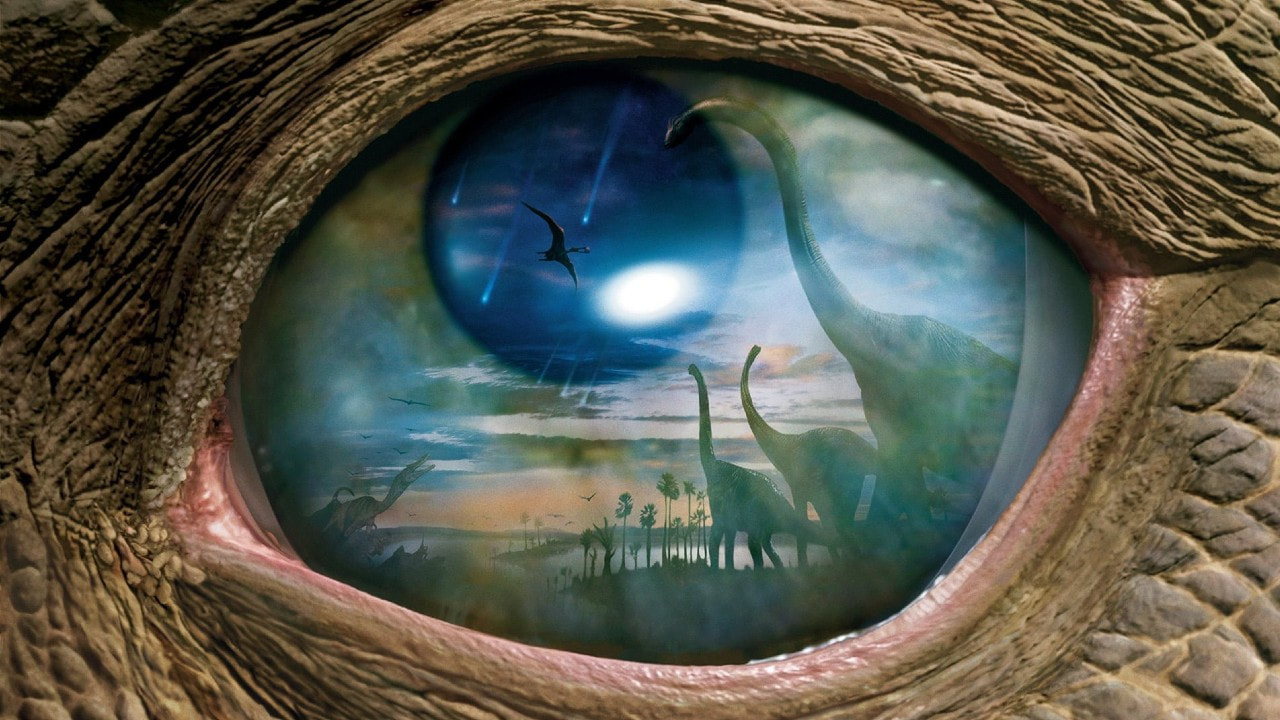 One of the defining advancements in filmmaking ability was that of computer-animated graphics. Using technology to bring to life characters and items provided filmmakers with new opportunities for storytelling and visual design that cleared hurdles simply not possible to overcome in a purely practical space. The problem with new technologies, however, is that it can take time for things to develop with the film industry rarely actually allowing this development to happen before embracing an idea. Disney has never been scared of innovations to animation and was one of the first to jump into the world of computer-animation with Dinosaur. Using this new, and still growing, technology to tell the story of an Iguanodon named Aladar (D. B. Sweeney) who has to help protect a herd of dinosaurs before a meteor crashes into earth, Dinosaur is a surprisingly strong effort, even in the face of the limitations by the technology the film is using.

There is no denying that under a modern lens that the animation and visual effects of Dinosaur is one of the weakest points for the film. The character animation is often awkward with the textures and colors of the characters often feeling cheap and artificial. While it might be understandable that this could serve as a disconnect for some modern audiences who have grown used to the modern quality of the style, it feels weirdly selective to use this to completely condemn the project as many fan favorites like Toy Story suffer from the same issues and never gets judged for it. This is especially true considering the amount of effort that the animation team is putting into their work. The first few minutes of the feature provides one of the most stunning one-take scenes in computer-animation history with only a particularly strong scene from The Polar Express giving it a run for its money. The character designs are also rather effective when it comes to giving these prehistoric creatures emotion and personality. There also are some smart uses of real world settings to help ground the characters and give the film's visuals something more practical to base itself on.

The story itself is also a mixed bag. While on the outside the actual narrative arcs that the main characters go on feel rather dull and cliched, it also is hard to ignore the weight of some of the film's stakes. Calling back to the terror and uncertainty that defined much of the original The Land Before Time film, there is a true sense of uneasiness found from the concept of these dinosaurs fearing for their lives and trying to go on a great journey to push back their eventual extinction. Both the film's screenplay and visuals, there are scenes of tremendous energy and value. These scenes are scattered throughout the film's clean 82-minute runtime with the biggest flaw of the runtime being the amount of time dedicated to unfunny comedy.

Specifically when it comes to the side characters, particularly an Archaeolemur named Zini (Max Casella) who is trying to find himself a mate, the comedy of Dinosaur is clearly its biggest misfire. The jokes range from annoying to problematic with very little actually benefiting the audience. The friendship with Zini also provides a strange dynamic for the characterization of Aladar who overall struggles to find a memorable or clear personality. The only really memorable piece of his identity would be his relationship with Pilo (Alfre Woodard), the Archaeolemur who takes Aladar in as a parent when his egg hatches in the Jungle after being separated from his nest. Even this relationship however ends up taking a rather predictable route for the dynamics of this relationship that has been seen countless times before in cinema.

Dinosaur is a film clearly deserving of more attention, even if the final product is far from being a masterpiece. Obviously limited visually, the film does its best to create a sense of gravitas and brooding tension with the results being far better than it has any right to be. While the comedy is far rougher, it also never gets too overpowering to where it would ruin the overall feature. While it makes sense that Dinosaur has failed to become an established Disney classic, the film is far from being deserving of the hate it has gotten since release.
Become a Patron!