John Hsu's Detention is a unique blending of styles taking a political thriller regarding a teenage girl during Taiwan's ‘White Terror’ period of martial law and mashing it together with a jumpscare filled horror film that attempts to provide not just a unique perspective on this time in Taiwan's history but also work effectively as both a captivating drama and legitimate horror film. Where the movie undoubtedly has its moments, it also is undeniably messy and feels like it is on the verge of being something great rather than just achieving that title. 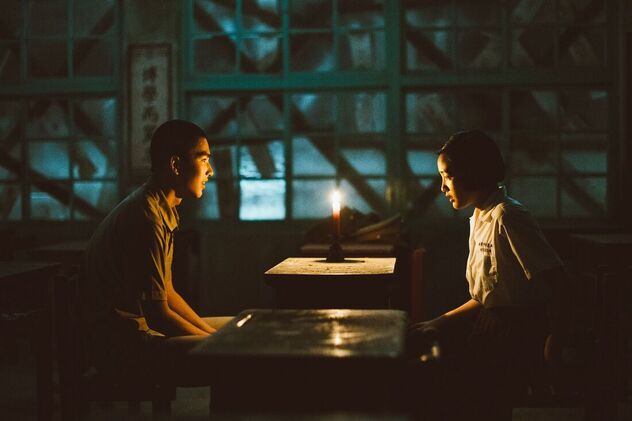 From the first 15 minutes of the film, it immediately sucked audiences into its world and create a legitimate sense of tension and terror naturally showing the conflict between the high school students and military which are taking away their personal freedoms. The film brutally transitions quickly after into an altered world where one of the girls have woken up in an empty school seemingly haunted by ghosts, This transition highlights everything wrong with Detention. The story is naturally captivating and unnerving putting audiences at the edge of their seats as these high school students meet in private hiding books and knowledge from the government which is only made all the more stressful as the consequences of these actions are seen early within the film. Where there is undoubtedly a way to elevate this conversation with fantastical imagery providing a more artistic representation of the emotions and situation of the time, these are only briefly shown in these sequences with much more of the focus being on the jumpscare ghost horror which feels like a disappointing distraction that adds no tension that wasn't already there.

The pacing of the film is also thrown completely around due to the switching of tones and perspectives. There are at least 3 various times in the plot that the film jumps around between that where not individually bad, fails to come together in a solid singular narrative. These miscalculations can reasonably be attributed to the film being adapted from a video game which is a medium that fundamentally operates drastically different when it comes to narrative and atmosphere. In this sense, Detention is even more disappointing as an adaptation failing to make the proper changes to its story to translate from game to film. 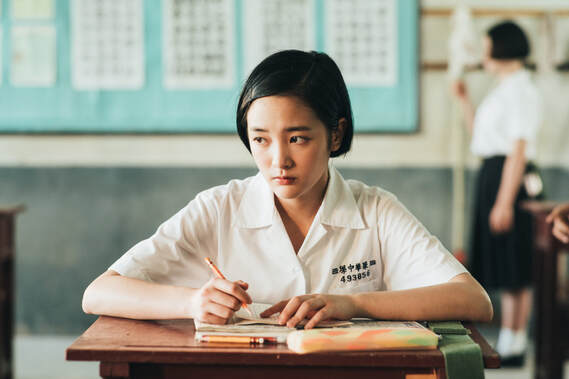 With these criticisms, it also is important to point out the positives within the film. As mentioned, despite the horror elements of the plot clearly distracting the film, overall the sense of an overbearing fear and unstoppable enemy is still clearly present within the reality based scenes of the film. The ending also carries an emotional weight to it that will cause the film to have a haunting effect on audiences who were able to make it through the fantastical horror and it does leave the film on a very high note. The overwhelming sensation after watching Detention quickly transitions into a clear potential rather than overall worthwhile execution. This is especially felt within the acting as those such as Gingle Wang and Fu Meng Bo truly give it their all when it comes to emotion, but the film fails to provide them the proper opportunities for the performances to fully work.

Detention is far from a bad film overall ending up with more positives than negatives, but still the film feels so close to being something special that it not living up to that expectation is undeniably hard to not feel disappointing by. There is a universe where the film keeps most of its elements but cleans up its narrative and screenplay to create a truly unique film that explores this conflict with an artistic and powerful expression, but sadly this version of the film isn't that constantly being sucked down by the ghosts of its past more in the screenplay and literally as an adaptation