Even as someone who never read any of the comic books and really have no relationship with the X-Men outside of the film franchise (which even then is limited) I knew how big of a deal the character of Dark Phoenix was. So many people have been waiting to see this character and this story properly adapted onto the big screen especially after the dissepiment that was X-Men: The Last Stand. Still, it didn't seem like many were that excited for this addition into the franchise which overall had many issues in production and even got pushed back twice. Being the last edition in the Fox main X-Men series I was at least interested in what this would be as someone who has been generally more positive over the series than most. Sadly this is going to end up being one of my most disappointing films of 2019, it easily could have been something special but constantly holds itself back in really frustrating ways. 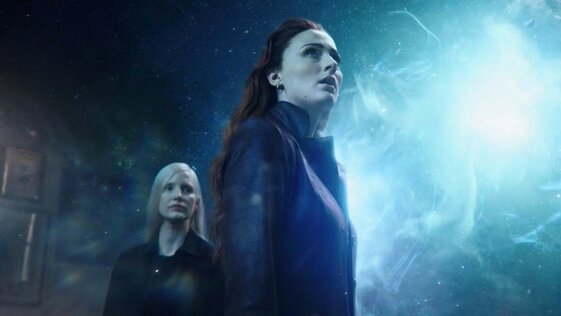 The main thing that I actually liked about this movie was its basic ideas and premise, I see why this is a story that so many people have loved and been excited to see finally be done justice in film. It has interesting ideas and conversations that could have made this one of the more interesting X-Men films of the entire franchise. Jean Grey (Sophie Turner) is continuing to gain more and more confidence as one of the team when a mission in space goes wrong and she ends up consuming a mysterious power. At first, it seems fine but quickly it is realized that this is a power she cannot control proving to be dangerous for everyone around her. She has to not only figure out how to control this power and stop hurting those she loves but also has to come to terms with her past as she has unlocked parts of her memory previously blocked by Charles Xavier (James McAvoy). As her path of destruction grows bigger some look for revenge while some simply want to find her and help her, all while the fragile public image of the X-Men is at risk.
This is quite a rich plot when you look at it on paper, not just is the character of Jean Grey going through a lot and seeing how her fellow X-Men deal with her really interesting but I love the conversations surrounding Charles Xavier in this film. He fully believes in Grey and is willing to do anything for her but also has to worry about the public image of the X-Men. He knows how easy it would be for the general public to turn on them so he can never let his guard down or grow complacent with them. It's interesting and having a force like Grey possibly get in the way of that due to something he did could have been a great force for even deeper depth with that narrative Unfortunately, the film constantly gets in the way of this interesting narrative and proves to be its own worst enemy. Simon Kinberg stepped up into the director role after the controversy surrounding Bryan Singer marking this as his directorial debut and where I don't want to put all the blame on him as there were also many hands on the screenplay despite him being billed as the sole screenwriter there is a clear issue with the identity of this film. Its story at heart could and should have been told in a more dramatic style with a more grounded focus on these characters with limited action here and there. Instead, you can clearly feel the pressure to use the films $200 million dollar budget to create a generic action-packed comic book film that constantly distracts from the interesting story elements. There are only 1-2 action scenes in this movie that feel justified and as if they belong with so many others feeling completely unneeded. The sheer presence of Jessica Chastain in this movie and her entire side plot completely got in the way of so much of this plot. This movie lacked the confidence to stand as a grounded character drama and has to add big action set pieces and generic side characters that adds nothing and takes away from everything. 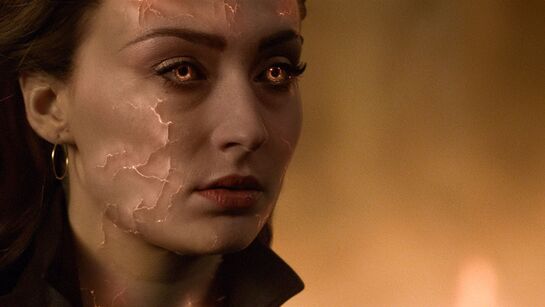 Though even beyond being generic and boring from a   story standpoint there is plenty of disappointing things   here. One of the biggest things that disappointed me   was the acting. It seems like no one came with any sort   of motivation or desire to make this special. By this   point, I would be foolish to expect anything from   Jennifer Lawrence but it seemed like her general   uninterest in what was going on translated to everyone.   Maybe its because they are not given much to do but   people like Michael Fassbender, Tye Sheridan, and even   James McAvoy feel like they are phoning it in with no   real emotion or memorable scenes. Sophie Turner is   also just terrible as our lead, again I don't want to put the   blame all on her as it is clear she lacked direction and they put her in plenty of rough spots as an actor, but she still could have shown a bit of compelling emotion somewhere in this movie. She feels so dull and any scene that has to rely on her completely misses the mark because of that performance.
The technical sides of this movie also mainly feel average at best. The visual effects are fine but nothing really special. The score comes from Hans Zimmer and where he really can't produce a "bad" score it fails to be memorable. The cinematography and editing are both pretty horrendous, the action is hard to follow and whoever decided to have so many close-ups on Sophie Turner's face really should be talked to. Just overall where this movie had good ideas and could have been something special it is one of the dullest and most disappointing movies I have seen in recent memory. It becomes cinematic NyQuil as it passes every opportunity to stand as a unique and well thought out film to rather become just another comic book movie. Maybe 15 years ago this would work better but with where we are now as far as depth in comic book movies mediocre outings like this are unacceptable. I hope one day we get a proper Dark Phoenix adaptation but for now, it looks like the wait continues