are you two together?: 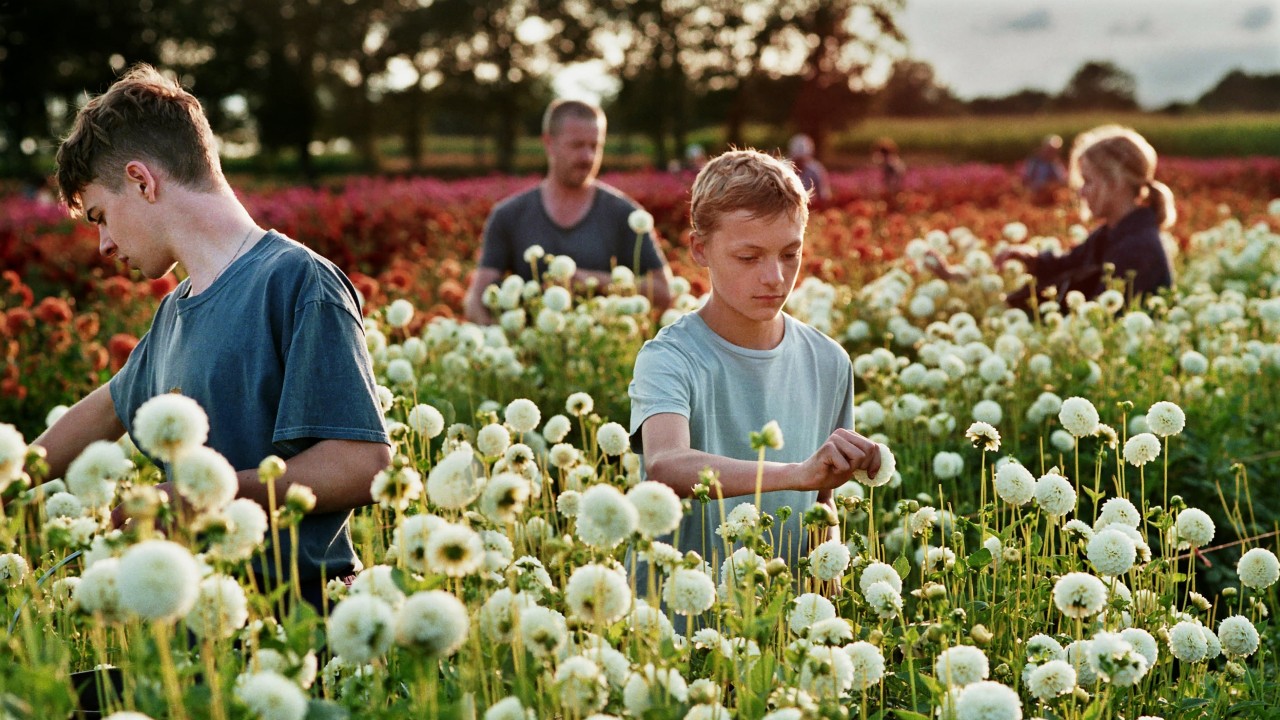 One of the massive epidemics facing the world is that of bullying. Becoming more and more common, bullying has been the blame for numerous mental health issues and even tragic losses of life within students who were picked on. The idea of making someone else feel so awful about themselves that they feel the need to take their own life is a disturbing thought, yet for some it remains reality. Lukas Dhont's Close is an examination of this. Following up his morally complex 2018 debut feature Girl, Dhont crafts yet another emotionally devastating story in Close as a pair of best friends go together to school where closeness leads to them being labeled as gay and being made fun of. While Rémi (Gustav De Waele) brushes these insults off and maintains his desire to be close to his friend, Léo (Eden Dambrine) takes these comments to heart and begins to distance himself from Rémi and try to fit into a more popular crowd. This rejection devastates Rémi and eventually he takes his own life. Léo has to confront his emotions of guilt while the world that made fun of Rémi and attacked his innocence changes tune and begins to grieve the young boy.

From the first few minutes of the feature, it is clear that Close is a massive step up in filmmaking quality for Dhont who impresses wildly with empathetic and emotional filmmaking that uses every inch of the frame to tell its story. From the film's genius use of color to metaphors that can be found in Léo's family work growing plants, Close is a film that uses inspired ideas and filmmaking to create an effective and worthwhile viewing experience. Dhont crafts a loving and joyful expression of closeness and friendship that challenges the audience's perception of male friendship.

While the core conflict of the film is these two being labeled as gay and being bullied because of it, their actual sexuality never comes into play. Whether these young boys are queer or not is irrelevant to the film. While one might read their relationship as being romantic, one could also see this as being a close friendship unaffected by sexuality due to the young age of these kids who are still largely enjoying their young innocence. Regardless of how one views their bond, their bond remains one of the strongest and more natural expressions of closeness seen on screen with every second they share together carrying a poignant weight of acceptance and support. It is because of how bright and warm these scenes are that the drop when Rémi commits suicide hits so hard. There is a clear before and after regarding this event and the world itself changes as a result. While there might be glimpses of light and warmth, the world is much darker for Léo who will never again be able to have what he did with Rémi.

So much of this success comes down to the performances which are some of the best child performances ever seen on film. Gustav De Waele is perfectly innocent with his pain only appearing when it explodes. Eden Dambrine is given a more complex character as he has to deal with multiple stages of evolution and growth including an emotionally demanding second half when he has to work through his emotions after the tragedy. Dambrine is truly flawless with an impressive maturity being felt within his work. There are layers to how he reveals his emotions yet just like with anyone, he has his moments when everything floods out. The relationship between the actors, the directing, and the screenplay creates an emotionally shocking feature that will hold audiences in the palm of its hand and never let go.

The screenplay is the one area where the film feels somewhat underdeveloped. While everything presented is remarkably strong, there is a somewhat large elephant in the room which is Léo's relationship with the school and his new friend group after Rémi's death. Léo pays attention and sees the hypocrisy of those who bullied him now claiming they loved Rémi and this creates a raw anger within Léo. Yet outside of this one scene, there seems to be very little focus on this relationship as Léo continues things like playing ice hockey which he started to look cool to his new friend group and he continues to hang out with kids who indirectly are to blame for his best friend's death. Léo's focus is almost entirely introspective, yet the film clearly understands the external factors which are to blame. This lack of followthrough and connection are noticeable and feel like the final piece missing from this puzzle.

Regardless of this one minor issue, Close remains one of the best films of the year. Close is an emotionally mature and devastatingly powerful feature that proves the talent of Lukas Dhont. While Close might not be a fun watch, it is an absolutely needed one and is an easy recommendation; just make sure to bring a box of tissues to the theater with you.
Become a Patron!