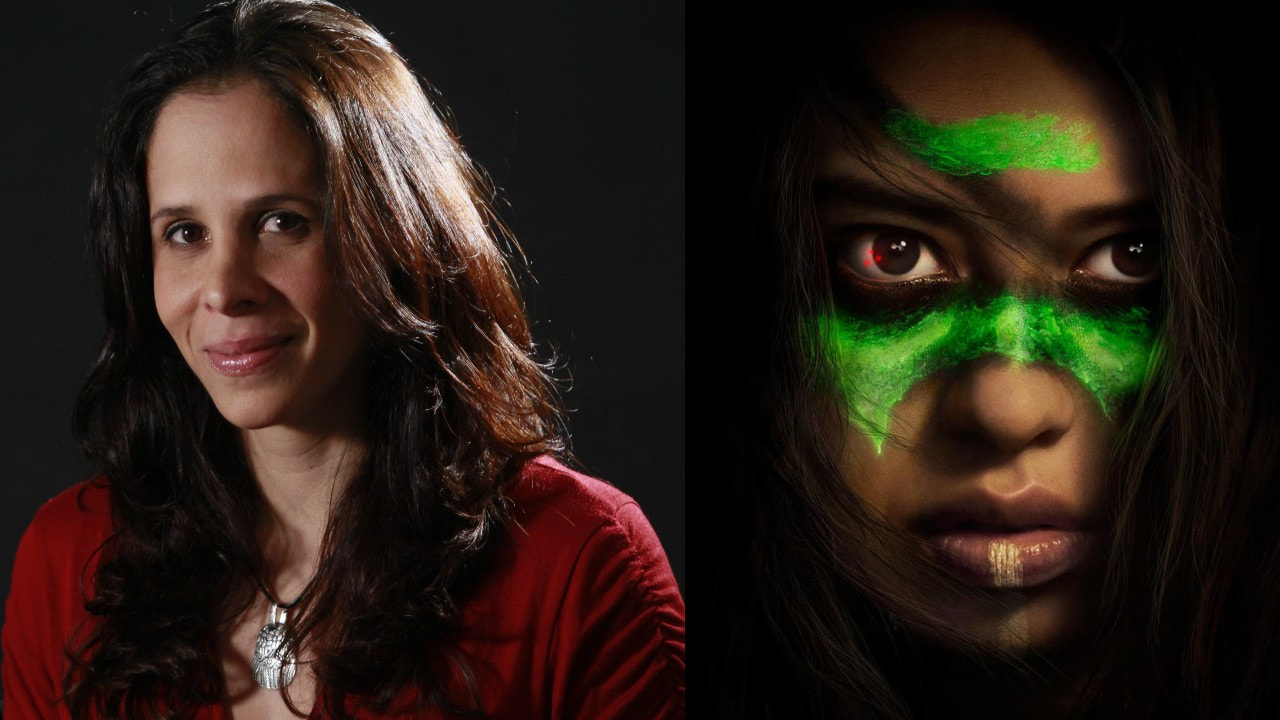 The following is a transcript of my interview with Claudia Castello who is the editor of films including Creed, Black Panther, and Prey. Prey is currently streaming on Hulu!
Carson-First off thank you so much for taking the time to answer a few questions ahead of the release of Prey! Looking over your work, there is a clear variety of genres and styles. What is it that draws you to a project and what drew you to Prey?
Claudia-Thank you for the opportunity. What drove me to edit “Prey” were three main reasons. One was the fact that it was a “Predator” movie and I love the franchise. Second, the story was interesting and well written and last, the fact that an indigenous woman was fighting the Predator.

I though this movie was something that the audience would go crazy about and it would bring a lot of visibility for Native American people.
​
I usually choose to be involved with stories that have some kind of social aspect in need of attention and those that also to feel personal to most people. Prey had that. I identified right away with the main character Naru. As a Brazilian coming from a Latin country with a lot of indigenous influence, I felt represented. And I know a lot of other people will feel the same way.
Carson-Coming into a franchise like this, what is the creative process when it comes to the actual editing of the film? Do you look at what has been done before in the series and how does that history affect your work?

Claudia-Yes. During Creed I watched all the Rocky movies and really got into that whole world. I had watched them as a kid and then rewatched everything again before starting to edit Creed. Besides that, I also watched other movie references and had experience practicing kickboxing and capoeira when I was a teenager. All of that helped.

Before Black Panther, I watched as many Marvel Movies as I could and tried to understand that gigantic universe. But lucky to me Black Panther was a stand-alone movie. It helped a little watching Capitan America: Civil War, when we first see T-Challa. And getting familiar with the comics helped.
​
For Prey, I had been a fan since the first Predator movie but hadn’t watched all of them, so I did before I started editing Prey and that made me really pumped up to do my best. Even though Prey is a sequel, it also stands alone. There are references in Prey in the franchise, but the movie is unique to the other Predator and AVP movies.

But I do get ideas from the franchises and I try bringing some editing elements to the movie I'm cutting to respect the culture that has been established and to make things more fun. I know how cool it is to recognize those themes.

Carson-Obviously being a Predator film, Prey features plenty of unique thermal shots and intense action scenes that define the cinematic Predator identity. What was your experience like with editing this action and tension?

Claudia-Many of the thermal shots helped clarifying certain moments and added tension to the action. I love editing tension and action. Fights are fun to edit too. I'm an MMA and Boxing fan and that comes into play when I'm editing fights. Because I look for the authenticity on the movements, the best angles, and cuts and rhythm to make sure the audience is following what's happening. And action has to have a reason to happen, otherwise it's just noise. We want the audience to go crazy with the action, so it has to be engaging.

Claudia-I edit as if it would be released theatrically, and I have to be careful with small elements that would be hard to read on a smaller screen.

Carson-You have a long-time collaborative history with Ryan Coogler and Michael P. Shawver including in projects like Fruitvale Station, Creed, and Black Panther. What has your experience been like working with them and is there anything from that collaboration you bring to other projects like Prey?

Claudia-The collaboration with Ryan was very genuine, raw, and we were best friends in the editing room. Michael was also a part of that collaborative work that produced very good results for many years. We were obsessed with doing the best. I'm still the same person with the same obsession. I am now more experienced about how the moviemaking machine works, and about my own work and my intuitions.

In Prey, I started working ahead of the time to form our editing team. I was calling and interviewing every single reference that came my way for the positions we had to fill and we got an incredible group of talented and invested people including our “The Flash” in house VFX editor Ben Howdeshell who helped our engine to work so well. Alex Oppenheimer, my spectacular first Assistant Editor for so many years and additional editor in Prey was my right arm during the whole process.

Carson-Are there any films specifically you would name as an inspiration for you? What are some of your favorite edited films?

Claudia-City of God is my favorite movie in terms of editing. I also love Apocalypse Now, Nikita, Anna, Talk to Her, Un Profete, Scarface. Raging Bull and all of Thelma Schoonmaker’s work.

Carson-Are there any new releases this year you have particularly enjoyed?

Claudia-It's been a very busy year for me. I've barely caught up with 2022 released movies. I had fun watching “The Sea Beast” last week.

​Carson-Lastly, any future projects we can look forward to?

Claudia-I've just started editing the Hulu series by Kapital Entertainment studio “Black Cake” with EP Oprah Winfrey. It is my first opportunity to work as an editor on a real female point of view project from writing, directing, producing, all the way to editing. It's a beautiful story and I'm very excited about it.