Using his character of The Tramp, Charlie Chaplin became a true star of the silent era of Hollywood capturing the hearts of audiences with his genuine charm and physical comedy. Throughout the 1920's Chaplin found success putting his character in various situations and environments but it wasn't until 1931 when Chaplin would put the character in the most iconic setting he would find, the city. City Lights is somewhat the magnum opus of Chaplin's early comedic career bringing his comedic craft together with a social commentary which would define his later career. 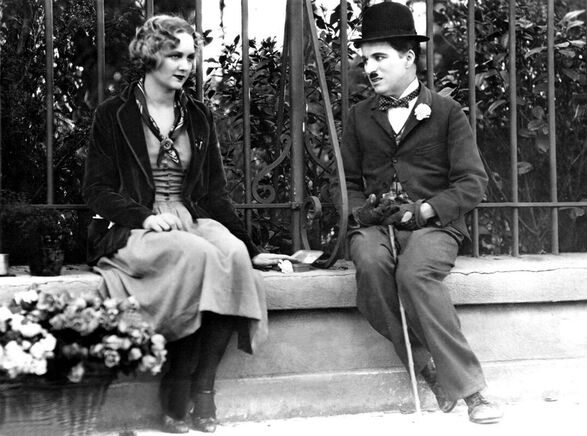 If there is one thing apparent about Chaplin's films it is the control Chaplin has over nearly every side of production. In City Lights alone, Chaplin serves not only as the leading man but also as director, producer, writer, composer, and editor with the last job being split between Chaplin and Willard Nico. Chaplin carefully spent his early cinematic years crafting the perfect recipe for public enjoyment. From edited musical cues to the pacing of his physical comedy, Chaplin is at the top of his game within City Lights constantly having a firm control over each scene and how audiences should connect with the film. Even now just under 9 decades from release, the film still holds up wonderfully when it comes to comedy with Chaplin once again giving a masterclass in physical acting with scenes that often require an insane amount of precision and talent. It helps though that the environment The Tramp finds himself in is rich with personality and opportunity. Where it might not stand out quite as much as Alaska in The Gold Rush or the circus in The Circus, the city is a perfect fir for The Tramp giving him not only a colorful cast of characters to play off of but endless situations to find himself in.

The thing that makes City Lights feel special however is the deeper messages it finds. Where Chaplin has successfully danced with the idea of his films holding a real depth beyond that of being a comedy by introducing effective romances and briefly touching on class issues within his comedies as well as experimenting with drama with his failed directorial effort A Woman of Paris, but City Lights is finally the film where he finds a true balance to get the best of both worlds in a way that the general audience would accept and support. Within City Lights is a legitimate conversation surrounding class which carries an honest weight to it. By crafting a character like The Tramp who radiates an aura of positivity and joy that feels authentic, the film instantly convinces the audience into supporting the lower class which makes the message of inequality speak loud and clear. It never feels like the film is trying too hard to set The Tramp up as the protagonist and isn't afraid to give him emotions like anger to make him feel like a real personality rather than a basic representation of a hero. 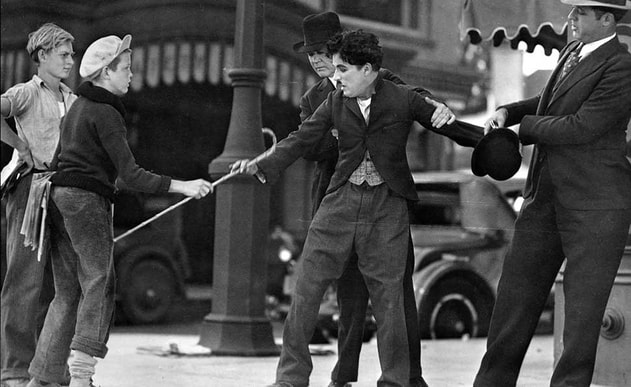 Where as mentioned, the intention from Chaplin was clear from long before this film, City Lights is the film where Chaplin successfully finds his breakthrough on how to satirize society and find a depth that stands on its own as a backbone identity of the film without taking away from the comedy or enjoyment the film also has to offer which is a formula that would lead to later masterpieces in Chaplin's career like The Great Dictator and A King in New York. Part of this absolutely can be attributed to the setting of the city which naturally contains many setups for this conversation. Where the film has a clear judgment within it of how the lower class is treated in the larger game of life, the film also isn't held back by this allowing characters such as the millionaire played by Harry Myers to have a level of nuance within them. The film and Chaplin are not blind to the pain that the upper class also can feel and are careful to show both sides of the coin in a larger statement on capitalism and the fundamental flaws within the system which still holds up as relevant today.

Charlie Chaplin is a film auteur who's career boils down to two sides, that of comedy and that of personal statement. Where there isn't a single film that fully belongs to one of these ideas which turns it back on the other, City Lights remains one of the strongest collaborations between the two. When mixed with a beautiful romance featuring a performance from Virginia Cherrill which would be criminal not to mention, City Lights remains one of the highest outings for Chaplin and is an essential for anyone who wants to see the filmmaker at his best.