the sky is falling: 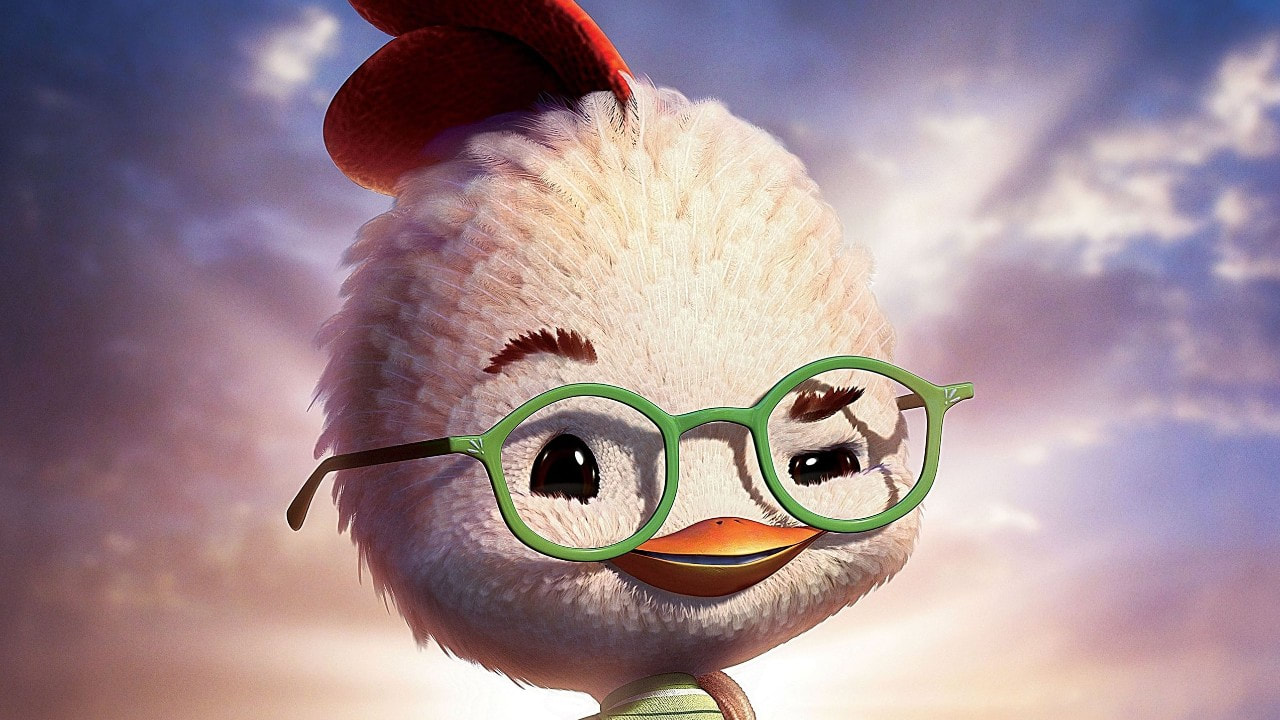 Coming off the Disney Renaissance, the mid 2000s hit Disney like a bus with multiple features bombing critically and holding the legacy of being the ugly ducklings of Disney's filmography. One of these is 2005's Chicken Little which is not only a rough adaptation of the European folktale but also is Disney's first fully computer-animated feature film. In this version, Chicken Little (Zach Braff) has become the subject of town-wide ridicule following his outcry that the sky was falling. While this has made him the punchline of endless jokes, it has also driven a wedge between him and his father. Little does finally work himself back up into being liked, specifically after a victory in a major baseball game, but then Little sees the sky fall once again and has to figure out if he is willing to risk his reputation again to save his friends and tell the truth. While there is clearly both effort and inspiration behind the film, Chicken Little borders on being a disaster with every element of the film ultimately dropping the ball and failing to find both fun and emotion.

Immediately the first dud to stand out is the animation. 2005 was still early in the development of computer-animated features and it really does show. The character animation and world design are equally terrible with the production feeling limited and low quality. While it is possible to overlook this in some films that manage to find more clever designs and unique styles that make up for the actual lower quality of the visuals, Chicken Little fails to find even this band-aid. It also becomes immediately noticeable just how limited the film is in scale. Both in world and the character models, designs are reused way too often leading to a constricting feeling of only having around 15 characters and a handful of streets. This town never feels like a real town and this community never feels full or lived in. Instead, these are immediately noticeable restrictions.

It doesn't help that the limited characters are also wildly unlikeable. This town is unbearable as a location with an off-putting cruelty found in nearly every character. While to a point this is used narratively for the journey of Chicken Little as a character, there is a balance that needs to be found. It is nothing new for animation to create fish-out-of-water journeys through hostile communities but there is always a balance that still makes the characters feel human and show some level of potential for them. This can be seen countless times in animation in projects like Wreck-It Ralph and Wolfwalkers. In Chicken Little, this balance is completely skewed with the cruelty on display feeling alien and forced. This not only makes the characters unlikeable, but it genuinely ruins the emotional beats the film is supposed to hold.

The biggest victim of this failure is the relationship between Little and his father. Voiced rather poorly by Garry Marshall, Buck Cluck is abrasive and rude to his son with no level of real support or emotional vulnerability that could at least give the appearance of a conflicted father who is trying despite his overall shortcomings. There is nothing within this relationship to make it feel real or salvageable which undercuts most of the film's runtime. The actual drama is also often incompetent. Take for instance the scene when Little actually sees the sky fall and even has the tangible piece of the sky in his bedroom. Despite having actual proof, Little is hesitant to show his father and eventually loses the proof. It is then suggested by the film that the right thing to do is for Little to tell his father still what happened yet because of the terrible writing given to the father, any ounce of sense would say that there is no purpose to this conversation as obviously Little would get brushed off. Still, the movie returns to this point over and over again. Easily, Chicken Little has some of the worst drama and writing seen in any Disney film with this being a single scene in an ocean of terrible ideas and truly tone-deaf filmmaking.

The comedy is sadly not that much better. The film tries to replicate the same magic that can be seen in projects like The Emperor's New Groove with plenty of references and smart humor yet nearly every joke lands flat. The truth is that Chicken Little is simply an unfunny film with the comedy not being clever or effective. While this is partly due to the writing, it also isn't helped by the poor voice cast that grows grating early on in the film. There are also plenty of jokes that just feel off. From the clearly fat-phobic continued joke that is the character of Runt of the Litter (Steve Zahn) to continues jokes regarding the society that is made of animals that fails at every turn to accomplish what similar projects like Bojack Horseman and Zootopia nailed, the film once again finds failure in this area.

Even the basic story is confusingly poor. Not only are the main protagonists annoying, but the actual runtime is beyond bizarre. While one might describe the plot of Chicken Little as one including aliens and spaceships, this only comes into play in the latter half of the film's 81-minute runtime. Nearly half of the film is dedicated almost exclusively to the torment of Chicken Little at school and at home and his slow social rise through the baseball game. This is boring to watch and lacks anything of real value. Once the film gets to the aliens, it is rushed and underdeveloped. It makes no sense why an already short runtime would be handled this poorly with this only adding more questions to how Chicken Little ended up getting nearly everything wrong.

Outside of a few interesting designs, specifically with the aliens, and a couple of funny lines, Chicken Little is a disaster. Every single aspect of the film ends up disappointing and truly the film feels like one of the most incompetent animated features to ever be released. While some might try to attribute some of this to the limitations of the computer-generated medium, it is clear that there are far deeper issues plaguing the production.
Become a Patron!