back on the road:

cars on the road 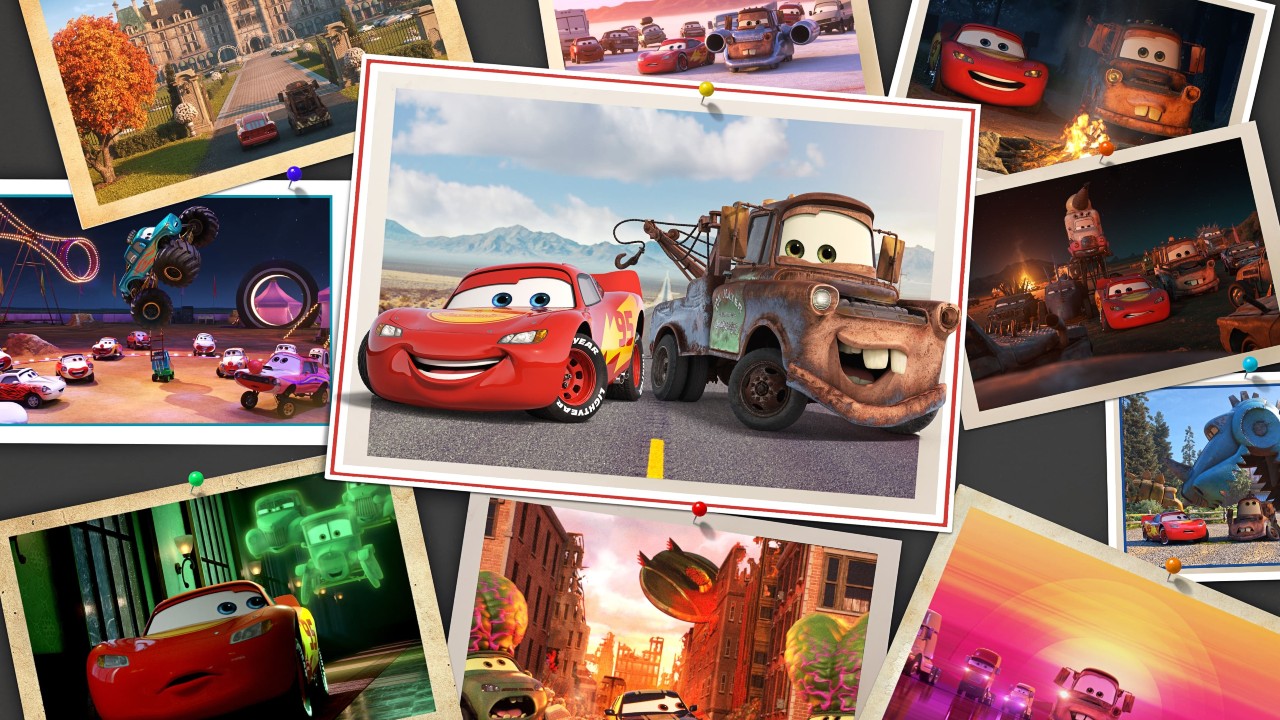 Despite being one of only two Pixar franchises to get an entire trilogy actually made, with the other being Toy Story, the Cars franchise has stood socially as an ugly duckling to the Pixar lineup. More than likely driven by the rather poor middle film in the series, something about the journeys of Lightning McQueen and Tow Mater has failed to catch on like other Pixar properties. This is a shame as, within the first and third films, there are some genuinely beautiful segments and well-crafted storytelling. Disney clearly sees this as they continue to produce Cars content nearly two decades after the release of the first film. The newest of these releases, dropping on Disney+ as part of Disney+ Day, is the miniseries Cars on the Road. This 9-part series sees Lightning and Mater, voiced by the returning Owen Wilson and Larry the Cable Guy, hit the road as they road trip across the country from Radiator Springs to attend a wedding for Mater’s sister. Obviously, this goal is a background excuse to get Lighting and Mater together again to encounter wacky situations and explore everything America has to offer.

While those who detest the Cars franchise will surely not be sold on the concept as a result of this series, for fans of the franchise Cars on the Road is one of the most fun and wild experiences seen on Disney+ to date. Even with a James Bond parody in the franchise's past, Cars on the Road feels as crazy as the franchise has ever been. From parodies of The Shining to an episode where Mater dies and has to confront the concept of not being able to say goodbye to his best friend before he passes into heaven, Cars on the Road is a road trip unlike any other. At only around 10-minutes per episode, this is an incredibly digestible series that can be appreciated by both kids and adults.

While there is very little in terms of plot, the series isn't entirely episodic either. There will be characters that are introduced earlier in the show that come back near the end, and the looming concept of attending the wedding of Mater’s sister also looms over the series giving it a gentle direction. Yet this almost seems trivial to possibly see as a negative considering what the project is. This is a small series designed to get some laughs out of expanding the Cars universe, this isn't trying to be the next Soul.

While the creativity of the series is obviously appreciated, much of the joy from the show comes simply from the return of both Owen Wilson and Larry the Cable Guy. These two have become iconic as these characters and a very natural chemistry has bloomed over the course of the franchise. While it would have been incredibly easy, and probably much cheaper, to recast these roles, the show wisely understands how vital these voices are to this world and went through the effort to get them back. The animation is also rather strong with much of the show looking feature quality. While not entirely shocking considering Disney typically has great animation, it is still nice to see and appreciate.

While Cars on the Road is far from mandatory viewing, it would be a lie to say the show isn't a fun thing to throw on for shorter entertainment. Even the weaker episodes of the show have a charm to them with no moment feeling like an outright disaster. This is a fun series with genuine creativity that was a joy. Maybe this will lead some to rewatch Cars and Cars 3 and realize that there is some charm to this franchise after all.