what was your favorite doll?: 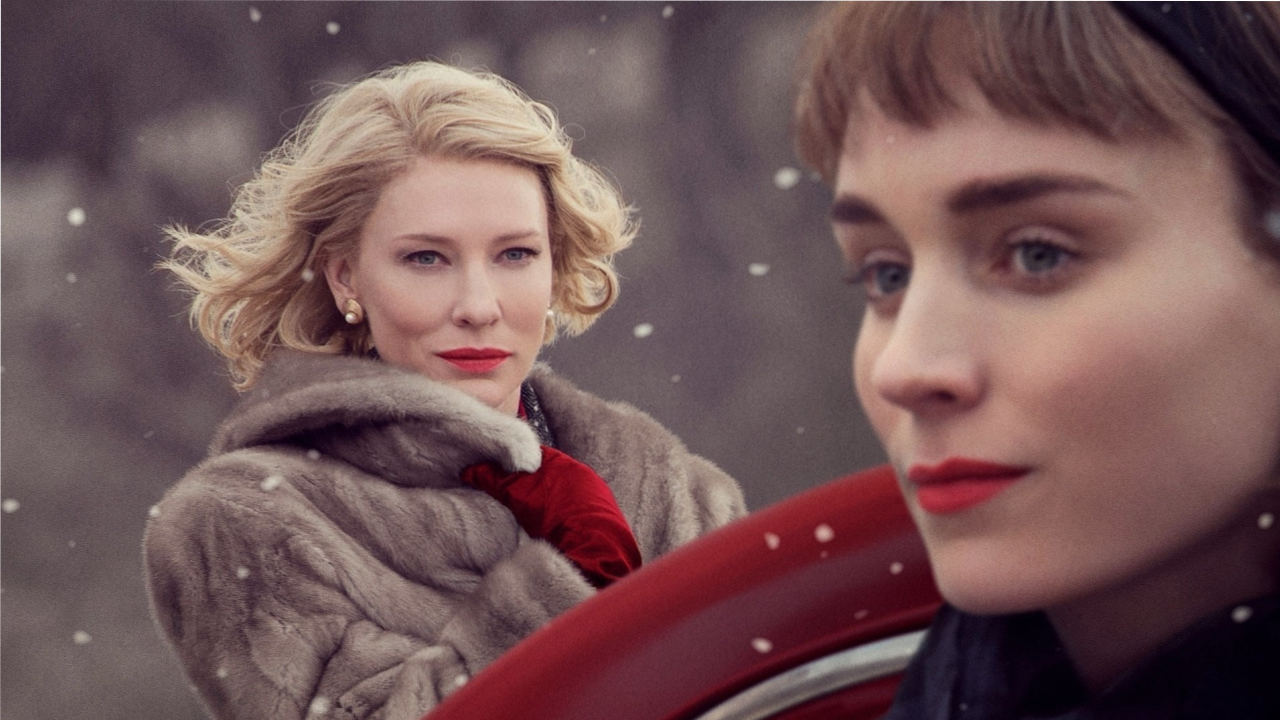 Similar to the holidays, love is something that can come and go in the blink of an eye. These two emotional settings have been squished together for decades yet it is hard to find a project as elegant and passionate as Todd Haynes's Carol. Taking place in a freezing 1950s New York City, Carol sees a young woman named Therese (Rooney Mara) who is on the verge of getting married meet an older woman named Carol (Cate Blanchett) one day at work. The two exchange stares across the department store that Therese works at and the two grow a connection. This love is put into turmoil however as Carol's ex-husband is using her sexuality to attack her to try and gain custody of their daughter.

Matching the temperatures of the holiday season, there is a brisk coldness to Carol that helps build both the thematic weight and setting of the story. Using a unique color pallet that often evokes green tones and shades mixed with the 1950s period piece aesthetic, the world of Carol is incredibly well-realized and might just be the hidden secret to the success of the film. It is hard not to fall for the poetic and elegant setting of the feature which doesn't just give an identity to the film and its romance but also allows for a more important social message. Carol is defined by the intolerance of the time it takes place. Set during what should be the most innocent time of the year with the most innocent emotion at the core of the feature and the main characters, the film counters with the harshness of hatred which works rather well. While maybe this is far from revolutionary in the subject of queer societal trauma, it is an undeniably poignant and worthwhile layer that helps give the film venom.

A large portion of why this works is not just the holiday setting but also the love shared between Rooney Mara and Cate Blanchett. Playing to their individual strengths as actors, each performance brings something incredibly different to the table while ultimately still coming together to create a strong relationship the audience can understand and sympathize with. Mara is young, she is finding her place in the world and is finding her voice to express who she is. She is often in way over her head but she still has the ability to stand up for herself and what she believes in. Blanchett is older and more experienced. While she has far more to lose than Mara and has to be more calculated with every choice she makes, there is an honest vulnerability to her. These two women have an undeniable connection that helps compel the audience to care and engage in their individual journeys through hardship and hate.

Had the film focused on these more simple narratives and drama, it would easily be a masterpiece but unfortunately, the film does have the tendency to lose itself quite often. The film will attempt to raise stakes and suspense by including some truly out-of-left-field factors and ideas that really struggle to find their place. There are some laughably bad twists and turns like a mysterious gun that Blanchett has and a spy trying to get evidence on her that simply feel out of place. This is a film that clearly should be a down-to-earth character study with flawed characters finding themselves and a path to happiness, not some elaborate drama with these kinds of turns. The ending is also rather weak. While on paper the idea of what the ending is supposed to be isn't terrible, the film plays around with teasing the audience just a bit too much and there needed to be a stronger final statement than what was present in the film.

Even if Carol might not be a masterpiece, it is still an undeniably effective holiday romance that is poetic and genuine. The performances and aesthetic of the film are nothing short of incredible. The film has a strong purpose and message that deserves to be heard and elevates beyond that of the typical holiday genre but how the film decides to handle building this message and the drama surrounding it is simply lackluster at times. While it still is easy to recommend that one grabs a cup of hot chocolate and go for train ride that is Carol, expectations should be for the film to be "really good" rather than "amazing".