the way of the bear: 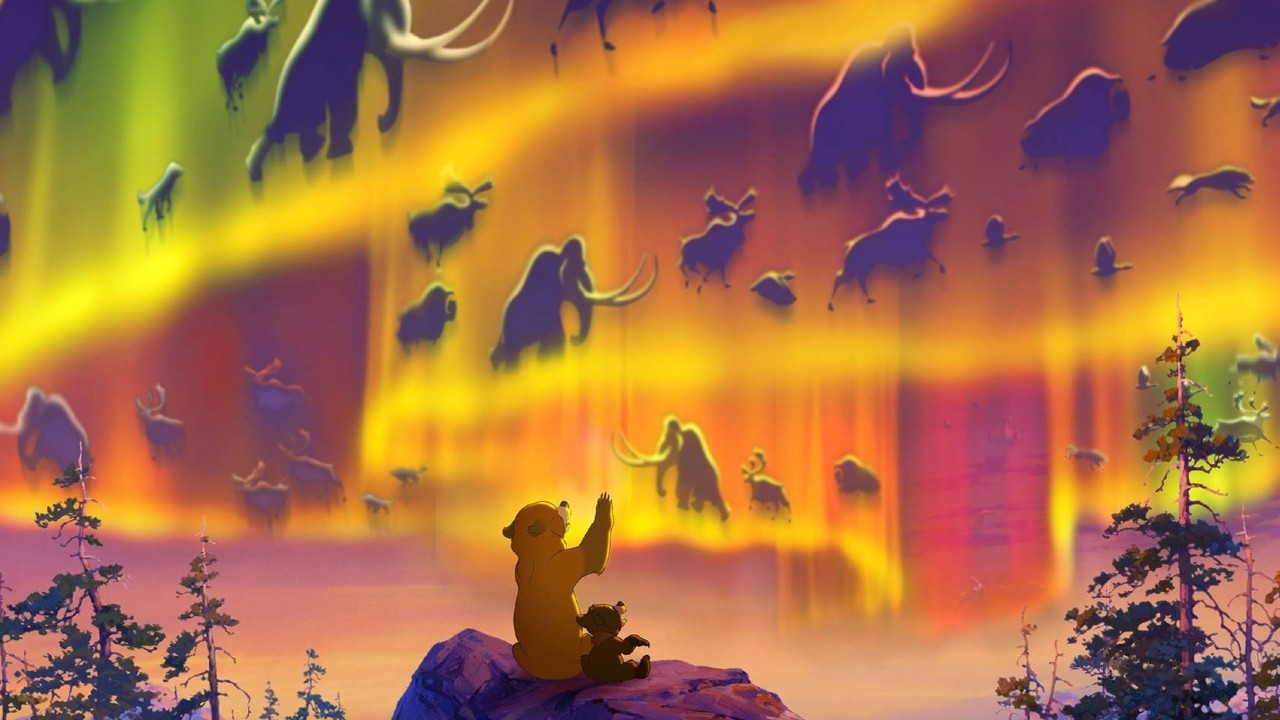 After the moral nightmare that was Pocahontas, the idea of Disney touching any sort of indigenous culture was a truly terrifying concept. This uneasiness blended with the early 2000s track record for Disney made 2003's Brother Bear seem to have all the makings of a true Disney disaster. The results however, are more mixed than anything. The film follows a young Alaska native boy named Kenai (Joaquin Phoenix) who is trying to prove his role as a man when he tracks down and kills a bear who was indirectly involved in the accidental death of his brother. This unjust murder causes the spirit of his late brother to transform Kenai into a brown bear to learn an unknown lesson. Kenai decides to travel to a nearby mountain where he can talk to his brother's spirit and along the way meets a young cub named Koda (Jeremy Suarez) who has been separated from his mother. The two end up traveling together but they must hurry as Kenai's living brother Denahi (Jason Raize) mistakes Kenai for the bear involved with their brothers death and attempts to get his own revenge.

Starting with what works, Brother Bear is possibly the most underrated Disney film in history when it comes to animation and visuals. The Alaskan wilderness provides plenty of fresh iconography for the studio with the film's connection to spirits allowing for imaginative uses of color and design. The background work is especially impressive as wide scenes of wilderness are painted beautifully like genuine works of art. The character animation for the bears are also noticeably unique from nearly anything else Disney has done with even the other bears from the studios history having different logics when it comes to movement. The weight and expressiveness of them really do work and while the problematic transformation trope is absolutely weighing on the film, the models still remain fun and fresh.

The emotions of the story also do connect. While some twists and turns will be obvious for some, the effectiveness of these moments are never put into question as the film is genuinely heartbreaking. There is also a nice complexity given to the conflicts of the film. Rather than being a clear story with clear emotions, things are more dense and confusing with emotions like anger and sorrow being explored through an incredibly mature perspective. This is also reflected in the lack of a real villain which is a really refreshing choice. Normally there would be some third party who is trying to keep Kenai as a bear or threaten his village but here, there is no such force. While Kenai might be threatened by Denahi, this conflict is handled in a far different context with the only real villain being the consequences of the previous actions that characters have taken. This is also wonderfully enhanced by the performance given by Joaquin Phoenix which is tortured and often defined by sorrow. Phoenix captures the darker emotions of Kenai's journey while also giving him a personality that feels well-rounded and natural.

Had the film been a more focused look at this emotional weight, it could genuinely have been a Disney masterpiece. Sadly, the film also decides to be a comedy. While there are some strong comedic moments, a pair of moose voiced by Rick Moranis and Dave Thomas especially tend to get the laughs, much of the comedy is simply annoying. While the character of Koda eventually does find a groove and emotional purpose, the performance by Jeremy Suarez is easily one of the weakest parts of the film with the writing failing the young actor at every turn. The concern many have with boisterous child side characters is fully realized in Brother Bear with Koda often taking away from the story around him. Much of this really comes into play once Kenai is transformed into the bear causing an uneven film that succeeds tremendously at its start and finish while ultimately struggling towards the middle.

It also cannot be overstated how out of place the soundtrack is by Phil Collins. Specifically in his big song numbers, his presence completely goes against the natural vibes and atmosphere of the film with his work genuinely threatening to ruin some of the films biggest emotional moments. It also should be mentioned that while the film does feel overall respectful of native culture, there is a clear lack of native voices both in the creation of the film behind the scenes and the performances of native characters. While there are a few, this is clearly a film that should be told through actual native perspectives and artists. This lack of representation is nothing new for Disney but demands to be mentioned and understood when audiences engage with the film.

While Brother Bear is far from a perfect feature, it does feel like the film gets a bit more hate than it deserves. While the film can definitely be annoying in its comedy and have some misses such as the soundtrack, the emotional core of the film is still wildly strong with a moving and mature conversation that is honestly one of Disney's best. When one also takes into account the stunning animation, Brother Bear ends up as a rather strong overall Disney feature that feels deserving of re-analysis while also keeping in mind the film's flaws in representation and embracing native voices.
Become a Patron!