bones and all movie review
​
​by carson timar 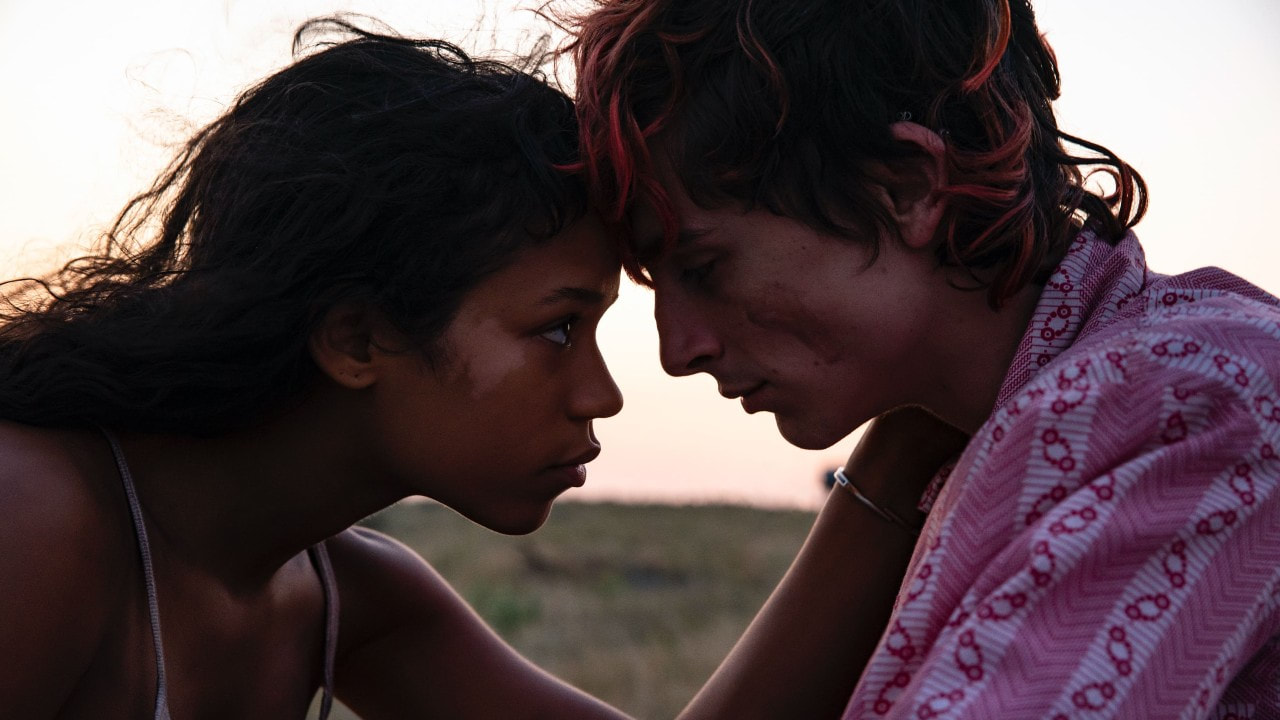 When it comes to sensuality and cinematic tenderness, it is hard to name many filmmakers quite as successful or noteworthy as Luca Guadagnino. Coming off an incredible streak of projects including the likes of A Bigger Splash, Call Me By Your Name, Suspiria, and We Are Who We Are, Guadagnino has proven to be operating at the top of his game. Even with this, it was somewhat concerning to see Guadagnino select an adaptation of Camille DeAngelis's Bones & All as his next big screen project. The flawed coming-of-age romantic cannibal road trip novel showed promise but DeAngelis failed to live up to the story's potential. With Guadagnino now in control with a screenplay by David Kajganich and a cast including a mix of Guadagnino regulars and newbies, if Bones and All was ever going to deliver its goods it would be now and luckily, Guadagnino once again delivers. Bones and All is a gorgeous and tender film that blends empathetic love with queer terror to create a memorable and bloody masterpiece.

Like so many other Guadagnino projects, the world itself becomes a character almost immediately. Set in the early 1980s, Guadagnino paints a beautiful portrait of middle America with a focus on practical environments and effects. In the day, the humid air swells and audiences will feel the heat of the day as if they are on the road with these two young lovers. At night, Guadagnino crafts a classic horror setting with grand shadows dancing across buildings and roads against the moonlight that feels ripped directly from a horror movie of the period. This world feels alive, as if it is breathing alongside the characters who travel throughout its country. The cinematography by Arseni Khachaturan is stunning and crucial for this process as is the magnificent score by Trent Reznor and Atticus Ross.

This location serves as the backdrop for the wanderings and emotions of Maren (Taylor Russell). Since she was a baby, Maren has had a desire for human flesh which is part of the reason for the broken home she comes from. While her dad Frank (André Holland) tries his best to raise her and provide a safe life, a new incident causes him to reach his breaking point leaving Maren with only a wad of cash, her birth certificate, and a tape recording where Frank gives her all the information he knows about her condition and where she came from. Without any other path to follow, Maren decides to set off to find her mother who has been absent for Maren's entire life. Along the way, she finds that she is not alone in the world as other cannibals can literally smell her out. Along the way she meets Lee (Timothée Chalamet), another young cannibal who is wandering around America as he runs from ghosts in his own closet. Maren and Lee immediately fall for each-other and Lee joins the search for Maren's mother as the two grow closer and closer while they try to find their place in the world.

The love felt between Russell and Chalamet is palpable. From the first time the two lock eyes, their chemistry is undeniable with an authentic love and passion shared between them for one another. These are two characters defined by their loneliness and the existence of the other gives a chance to not forever be alone. While Chalamet especially is more reserved in the role than some of his other noteworthy projects, there is a clear craft to how these characters slowly reveal their emotional roots and by the end, both are undeniably some of the strongest of the year. Make no mistake that this is not a two-person show. Mark Rylance nearly steals every scene he is in as Sully, an older cannibal who has a fixation on Maren and tries to show her the ropes. Initially a very quiet and sweet performance, there is an edge to Rylance that broods and grows throughout the runtime until the grand climax when Sully finally explodes. Michael Stuhlbarg and David Gordon Green also appear for a single scene that is an incredible display of the talent of the two actors when it comes to showing a quiet passion and love.

While Bones and All might be a film about cannibals and has plenty of graphic scenes featuring body horror and mutilation, this sense of love and tenderness is the ultimate soul of the project. Guadagnino has a skill of bringing his emotions and personality to a project and enriching the material with something deeper and more authentic. Bones and All is given a deeper emotional core surrounding the pain of loneliness, specifically as a result of being born with something that others oneself from the society around them. There is an unmistakable queer conversation within the film that is only enhanced by the setting which one could see as a reaction to societies venom towards the LGBTQ+ community during the AIDS crisis where blood and bone quite literally became a venue for death. These are not conversations that define the identity of Bones and All but they are undeniably present within the feature giving a relevancy to the work that demands a deeper understanding and conversation with the project at large.

Other themes include that of broken homes which plague both Maren and Lee. While Maren is trying to find closure within her own maternal melodrama, Lee has accepted his rift and is processing his own self-guilt over the events that have transpired. Not only does Maren's journey serve as a catalyst for the film as a whole, but it also is a key emotional factor within her relationship to Lee. These are two broken souls who need someone to hug and hold. They need someone to look them in the eye and tell them that they are not monsters and that everything will be alright. These are two characters spiraling and the only thing they can grab for comfort is each other. This only adds more gravitas to their relationship and is a key factor as to why the ending hits as hard as it does.

Without a doubt, Bones and All is yet another masterpiece from Guadagnino who crafts an empathetic and human film that is worthwhile and tender. Bones and All is a film that demands a conversation and an unpacking to reveal its deeper messages and ideas that once again connect as relevant and poignant expressions from Guadagnino regarding identity and queer survival. When these layers are seen under the lens of an instantly iconic romance that lives and breathes authenticity, it is hard to find any room for faults or frustrations within the project. Bones and All is a meal worth seeking out and is undoubtedly one of the best films of the year.
Become a Patron!