we have to fight: 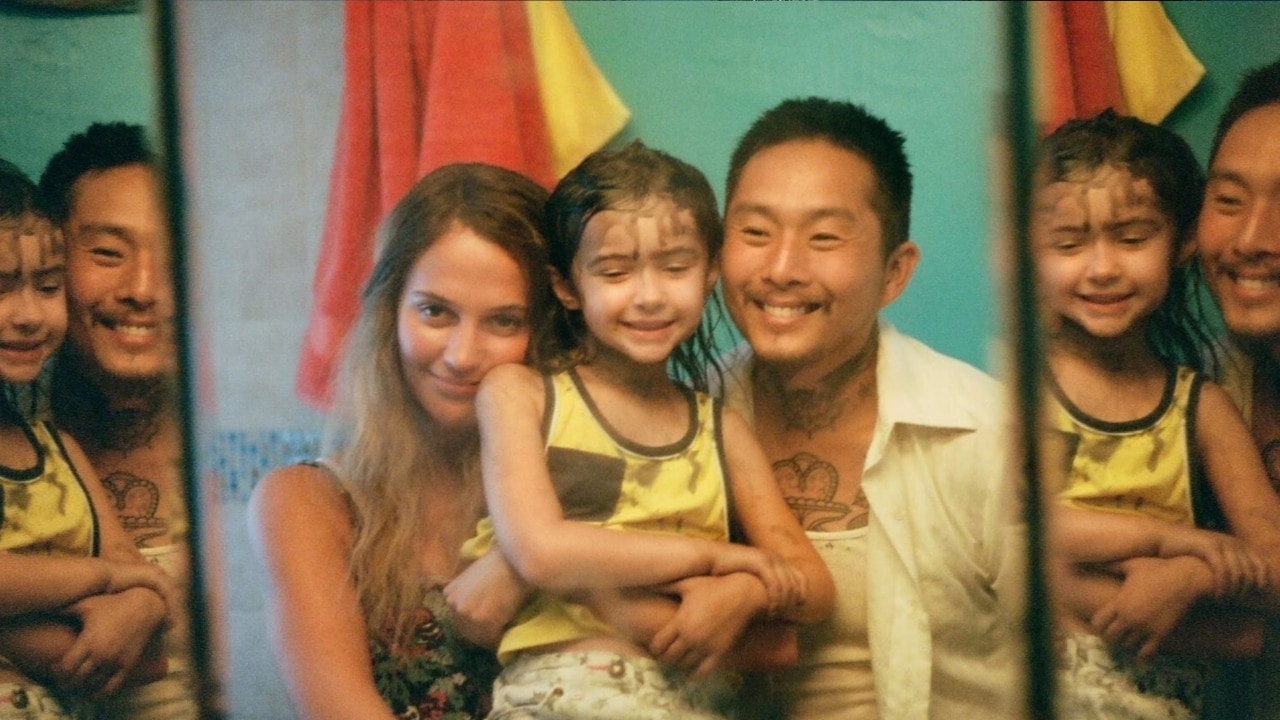 Capturing the hearts of those who attended the 2021 Cannes Film Festival in person, Justin Chon's Blue Bayou brings a needed personal perspective on the complexity of the modern immigration system with haunting emotions. Brought to the U.S. when he was just a baby, Antonio LeBlanc has only one memory of his time in Korea before he was adopted in Louisiana where he now lives with his wife and step-daughter with his own child on the way. Antonio has had complications with the law with a previous history of stealing motorcycles but has put that behind him to earn clean money as a tattoo artist and try to support his family. His life is thrown upside down however as a physical confrontation with his wife's ex-boyfriend Ace (Mark O’Brien) who is a police officer has Antonio facing deportation. It turns out that paperwork was not filled out correctly in Antonio's adoption process and because of this he might have to leave America for Korea despite him not knowing a single person there or having any ties to the country. In order to fight this judgment, Antonio will have to confront the demons of both his past and present to build a case on why he deserves to stay.

While some might claim this plot feels forced or unrealistic, the film very wisely justifies itself by tying the story of Antionio to real-life cases of similar stories that happen far too often. When it comes to the modern debate and conversation surrounding immigration and specifically deportation, the conversation has tragically become void of humanity and empathy with works like Blue Bayou injecting these back into the narrative in a needed sense. This is only further pushed by the moving performances throughout the film. Justin Chon is rather undeniable giving a complex expression of trauma and desperation. Alicia Vikander and Linh Đan Phạm give the film an even further feeling of emotional depth while Sydney Kowalske gives one of the best child performances of the year. Kowalske's chemistry and relationship with Chon's character might just be the most effective piece of the film and their love for each other feels absolutely authentic and moving.

While this seems like the perfect building blocks for a focused drama, Blue Bayou for better or worse fills its 119-minute runtime with genuinely around 10 different points of drama that can feel both overwhelming and exhausting. At the same time where Antonio is dealing with his deportation notice, he has to raise the money to hire a lawyer which sees him go back into his life of crime, he has to reconnect with his abusive mother who is dealing with her own history of abuse and trauma, he meets another immigrant woman who is dying and has to comfort her in her last days, he has mysterious visions of a woman on a boat whenever he looks onto the swamp, Ace is trying to get custody his step-daughter, and more! There is so much going on in Blue Bayou and while each individual plot does feel effective and worthy, it does feel like a bit too much for a single feature. What is worse is that this takes away from the more universal effect the plot has by making the situations of Antonio's case incredibly specific. Ultimately, while the film does bring awareness to this issue with deportation it simply feels false to say that it really promotes it as the main focus of the story which can be quite disappointing.

From a technical side however, the film is nearly flawless. The cinematography from both Ante Cheng and Matthew Chuang is gritty and seductive with some beautiful shots of the swamp and town where the story takes place almost feeling visually poetic at times. The score from Roger Suen is also incredibly fresh and memorable. The entire film carries a specific southern charm that really helps give the feature a distinct personality and voice that also plays nicely against what one would expect from an immigrant story. In a sense, this is the goal of Blue Bayou. The story is supposed to be able to take place on any street in any town meaning that everyone has to be aware and conscious of the local state of law enforcement and government in order to prevent damage and find change.

Blue Bayou might not be a true masterpiece and clearly bites off way more than it could ever chew, but still feels like an effective and worthy feature by the end of the day. The performances especially really do impress and even if the film doesn't necessarily carry the full relevance it hopes to, it at least brings awareness to a massively underrepresented story that needs to be dealt with. It isn't too much of a stretch to say that films like Blue Bayou carry the power to change the world as their moving representations of often unseen perspectives will connect with audiences and allow them to embrace a humanity not often seen in the conversation surrounding that film's topic.