A Tale of self-implosion: 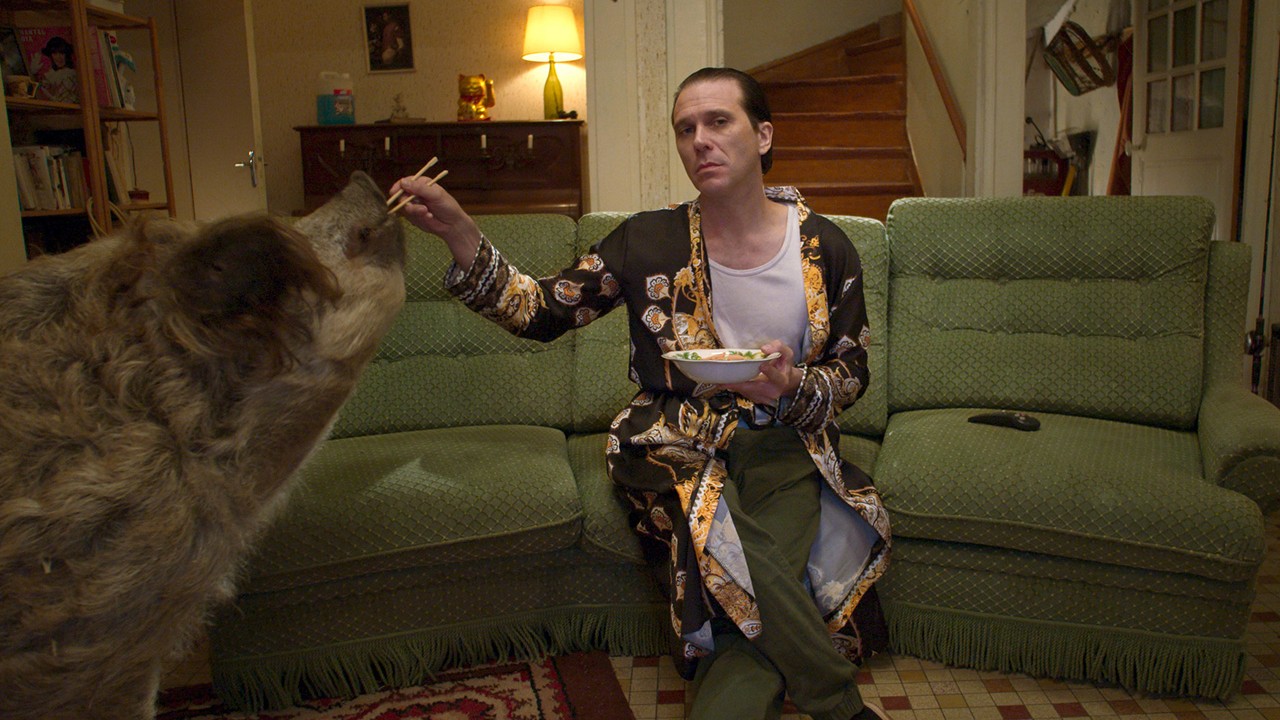 With capitalist society putting pressure on individuals while also taking away their support, naturally a large level of angst and hopelessness can set in. Screening as part of the 2021 Cannes Film Festival, Jean-Christophe Meurisse's Bloody Oranges begins with just this. A retired couple is out of money and as a last-ditch effort to not lose both their house and their way of life enter a dancing contest to hopefully win and raise funds needed to keep them afloat. This story is both naturally charming and engaging so things seem to be set up for an all-around nice feature; then the film takes a jump. What follows is a rather disturbing and poorly made feature that and the end of the day feels as unrewarding as it is just gross.

Before one gets into the emotions and the context of Bloody Oranges, it is worthwhile to look at the filmmaking behind the project. Possibly the largest issue with Bloody Oranges is the pacing and actual focus the film carries. Taking the incredibly difficult task of jumping between various perspectives with little to no relation with each other in hopes of building a holistic perspective, the film falls quickly with a lack of momentum and purpose. Stories the audience will care about are left quickly for stories the audience will have no interest in and at no point does any story truly have the time to breathe and grow. Within Bloody Oranges are pieces of multiple other competent features, but the exquisite corpse that this film is fails to find this success itself.

The immediate piece of the puzzle that will jump out to most is the cinematography by Javier Ruiz Gomez. With a clear craft and hand almost feeling reminiscent of what is to be found in Wes Anderson projects with his long-time collaborator Robert D. Yeoman; the film carries a quirky exactness that can be charming and even beautiful at times. This would be of no issue if this tone and atmosphere were felt nowhere else within the film. Instead, this cinematography and specifically its charm actually works against the film as a whole.

Bloody Oranges largely is a feature exploring the lack of hope. It asks the question of what humans will do in the face of no possible way for some success or a win. Will these characters self-destruct? Will they take their aggression out on others and fight back? This is a naturally interesting question but the filmmaking as mentioned simply never compliments this actual journey and instead blows up the foundation it needs to rest on. Because of this, the ending sits as an off putting and disturbing experience which the film simply doesn't justify or deserve. The film ends with no real thesis found or any confident voice felt, it ends with the audience suffering alongside characters done no justice.
​
Bloody Oranges is not only a disappointment but a near disaster. The feature self implodes on itself with nearly every beam holding the feature together collapsing. Truthfully the film is not even just one that cannot be recommended but is instead one that actively should be avoided, the pain and discomfort that comes from the viewing experience simply isn't worth it.