watched by all, seen by none: 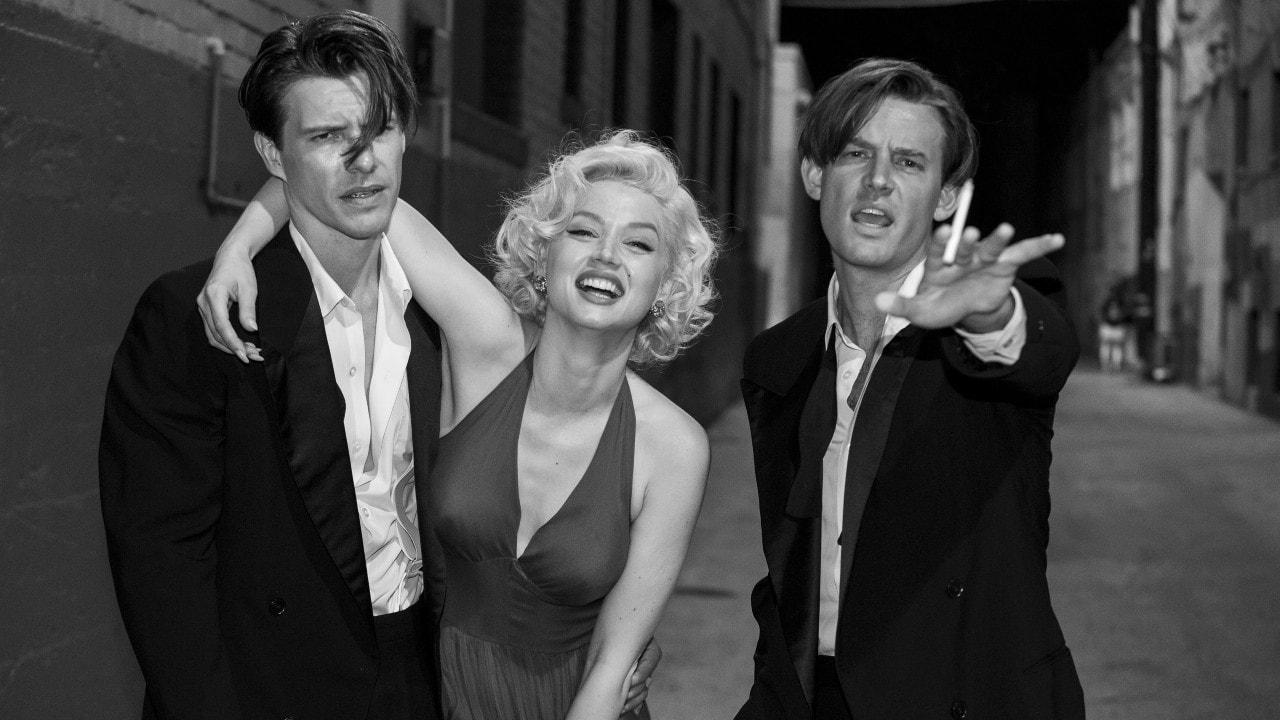 In a time when powerful women who faced exploitation and attacks from the society around them have become a mainstay in cinema, it was only a matter of time until the life of Marilyn Monroe was captured on the big screen. With Andrew Dominik stepping up as the filmmaker behind the project, the bold choice was made to adapt Joyce Carol Oates's Blonde rather than Monroe's actual life. Instead of showing the true story of Monroe, Blonde takes artistic liberties to create a grander statement on feminism by putting Monroe through trials and tribulations that she seemingly never experienced. Obviously, this quickly birthed controversy with Dominik's Blonde growing to be one of the most polarizing films of the year even before it actually was released. Watching the film, it is easy to see why as despite multiple strong elements, the film never shakes an ick formed by its own morals and identity.

Blonde begins with the childhood of Norma Jeane Mortenson, the soon-to-become Marilyn Monroe who is played here by Ana de Armas. Stuck with her abusive single mother (Julianne Nicholson), Mortenson deals with a volatile and traumatic childhood that roots deep into her lack of a father. Growing up, Mortenson begins to try to push her way into a Hollywood career where she is met not just with fame, but also the trauma of the Hollywood industry. From sexual assault to abusive relationships, Mortenson loses herself in the world of Monroe and eventually meets her end tragically early.

If there is one success that nobody can take away from Blonde, it would be Ana de Armas. The young actor has rapidly grown to be a household name with her work in projects like Knives Out and No Time to Die getting high marks. These are just tastes of the talent she possesses that is exposed throughout Blonde. Easily being her most emotionally rich role, Armas transforms into Monroe with every ounce of charisma and suffering of the late actor. Armas is unrecognizable as her physical form embodies that of Monroe and Armas brings a tremendous emotional weight to the suffering her character experiences. She demands empathy and understanding without ever feeling pandering or forced. This is a mature and layered work that deserves award recognition and has no faults when looked at in a vacuum without the context of the film around her.

Sadly for a viewing experience, the rest of the movie does exist. Before morals are even tackled, it is important to understand the flaws of Blonde. Stretched out to an almost shocking 166-minute runtime, the film feels like a mess. The feature struggles greatly with direction and thesis as the real-life problems of Monroe are squished together with fictionalized drama in an uneven and unnatural sense. Originally a more quiet and reserved emotional look at the actor quickly falls off the rails as large emotional moments quickly become Monroe talking about her history with abortion with her unborn fetus. The film attempts to build a larger scope of Hollywood and the gender dynamics found within the entertainment industry, but never finds an actual strong course to look at these issues.

Blonde also feels lazy in much of its emotional moments. Take Monroe's father issues for example. The film wants these issues to be present throughout the film but lacks much substance to keep them relevant. Its response is to simply have Monroe awkwardly call every man she holds a relationship with "daddy". When Monroe has to deal with her sexual abuse and abortions the film decides to use unborn fetuses as the catalyst for these conversations. When the film wants to explore the exploitation of women in Hollywood it decides to use graphic rape. These are not signs of a clever screenplay that is examining these issues with grace or maturity, these are lazy and poor ways of expressing these issues. The film then lacks depth in these conversations leading to its biggest failure: its role as exploitation itself.

There is nothing inherently wrong with graphic nudity or violence on screen. Projects like Jennifer Kent's The Nightingale have used shocking and brutal imagery to express mature messages of violence and female suffering to great effect. Blonde fails at this. Because of its lack of direction, the lack of depth, the lack of nuance, Blonde ends up feeling gross with its inclusion of these elements. It doesn't help that the film is actively exploiting Monroe. It is using the character and her established iconography as a martyr for this type of suffering and pain and trauma. To dig up a skeleton and use her already exploited and tragic life as a vessel to put this type of evil on and then not even have the decency to follow through with its message in a meaningful way feels disgusting. The issue is not that Armas is getting naked, it is that the film is trying to make a statement off the sex appeal and naked body of Monroe that in real life caused the figure to suffer and made her exploited. This pressure, this stress, this evil caused this real woman to die. This is not a barbie doll to play with, this is a real woman who deserves the respect she was not granted in life.

Blonde is disgusting. Strong visuals and an amazing lead performance are not enough to justify an expression like this. It is disrespectful and exploitative to a woman that already has suffered enough. Even without this context, Blonde fails as a film and becomes one of the most disappointing and off-putting films of the year.