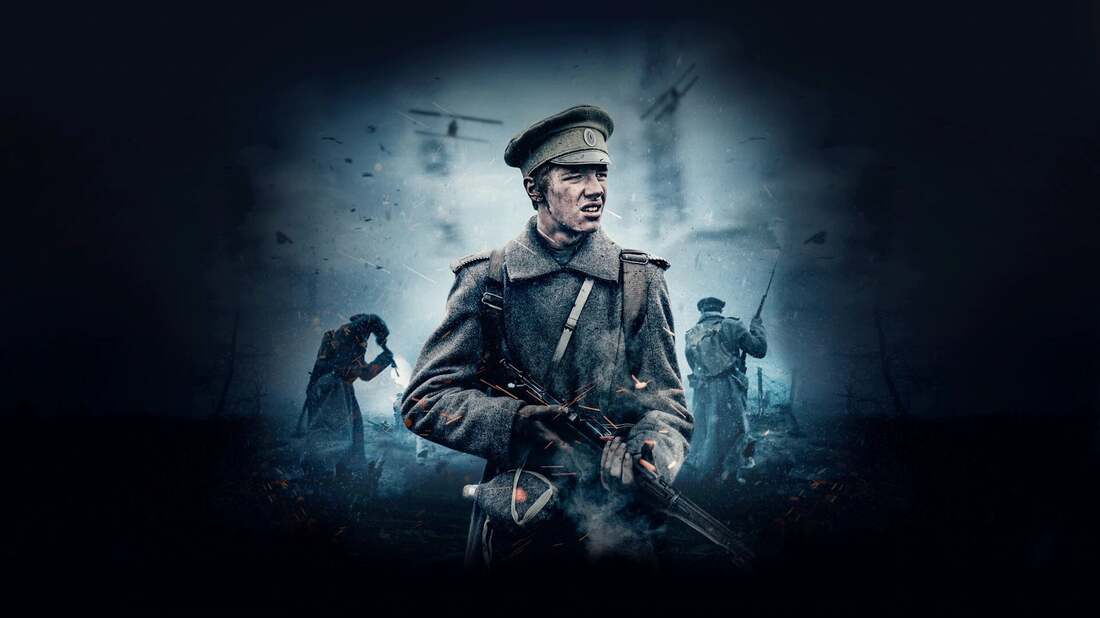 Dzintars Dreibergs's feature directorial debut Blizzard of Souls - which has been selected as Latvia's official submission for the Best International Feature category at the 2021 Oscars - captures the horrors and violence of World War I in intimate and moving detail. Following a teenager named Arturs (Oto Brantevics) who joins the fight following the murder of his mother, the film abandons the traditional route of glory and overly dramatized sequences of bravery to show the true horrors of war and the sheer intensity that the men faced during this time.

If there is one word to sum Blizzard of Souls up it would "brutal". Where the specific plot points within the film might not be revolutionary, their effectiveness is undeniable. The film will put many audience members dangerously at ease as the opening is bright and lively specifically for the film to have even greater impact as it rips both Arturs's happiness and way of life away from him at a tragically young age. It is heartbreaking and shocking but immediately fuels the fire for the young man to join the army and the fight but even then the film is relentless. Blizzard of Souls carries some of the most haunting and truly traumatic scenes of war in recent memory capturing the claustrophobia and terror of trench warfare in an unforgiving matter. The film is filled with brutality and horror without ever pushing too hard to feel forced or in a sense that would take the humanity out of these characters or these situations.

This success can be attributed to a number of factors. Not just does the camera work from cinematographer Valdis Celmiņš continually stand out as dynamic and inspired both sucking the audience into the film's world while always keeping them on their toes but the actual visual style the film creates is grim in the best of ways. This is a dirty and muddy film that thrives in its grey tones and grimy production design. So many films attempt to create a clean and cinematic feeling which can take away from the intensity and realistic atmosphere of settings like this but wisely in nearly every sense, Blizzard of Souls crafts a visual design that enhances these aspects rather than subtracting from them. In this sense, it also would be criminal not to mention the work of editor Gatis Belogrudovs who at times seems to be flexing in what is also his feature editing debut as he commands the focus of the film continually in an inspired matter.

The largest piece of the puzzle is the performance from Oto Brantevics. The young actor is also making his feature debut with the project but comes running out of the gate with a lead performance that is nothing short of stunning. Deeply emotional and intense, Brantevics is compelling and complex throughout the entire runtime. This character is motivated and hopeful yet also slowly gets broken down and hurt by the truths in the world around him yet still carries a deep emotional purpose. This conflicting and layered identity needs a skillful hand behind it to lead the performance to be competent and make sense which is something Oto Brantevics accomplishes nonchalantly as if it was nothing. This young actor honestly gives one of the best performances of the year so far and it is tragic to think that it won't gain the attention and praise it deserves from worldwide audiences.

Where the highs of Blizzard of Souls are quite spectacular, the film is admittedly far from flawless. The film does run on a bit too long at least in the 123-minute cut of the film that I watched for this review and feels like it could have been cleaned up quite a bit especially in the middle. Where still engaging, it does feel like the film could carry a greater sense of urgency without losing any of its impact. As mentioned I did watch the longer cut of the film and there is another cut which is shorter so it is entirely possible that cut does accomplish this. The score from Lolita Ritmanis also felt tonally confused at multiple points. Mainly known for her work on superhero animated shows, the score often lacked the depth and gravitas that the rest of the film carried and felt more like random music playing in the background than pieces designed for the film.

Regardless, Blizzard of Souls is quite an impressive feature especially considering the lack of experience from those both in front and behind the camera. This is an emotional and grounded film that engages the audience with a thematic weight only to shockingly snap them into the horrors of the reality it is portraying. This is a stellar effort from nearly all parties and really deserves to be seen by as many as possible.