Blinded by the light
​ ​movie review
​by carson timar

Despite having a good amount of buzz coming out of Sundance earlier this year I didn’t really know what to expect from Blinded by the Light. Sure it looked like a really sweet movie and I am overall a fan of Grinder Chadha but still, the trailer made the movie look very cliched and basic. Even from the general audience perspective, I kept hearing how this movie reminded people of Yesterday (which I still don’t understand considering the plots are totally different) and how that made people lose interest in the film. Following a young British Indian man named Jared (Viveik Kalra) who is caught in the middle of being in a rough spot with his family who are struggling for money and are pushing him towards a more traditional career path and him wanting to follow his dreams of being a writer and finding strength in Bruce Springsteen, I expected to like the movie but honestly didn’t go in expecting this movie to impress me beyond just being a fun film with plenty of heart. Maybe this was the reason that this movie absolutely blew me away, sure it has its cliches but it goes beyond those and is one of the most genuinely sweet and heartwarming films of the year. 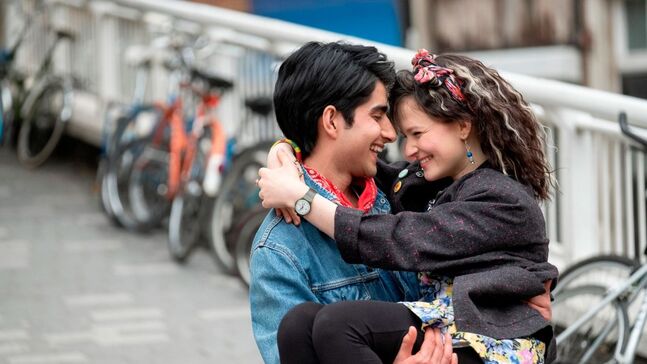 One of the major reasons this film ended up working so well was the acting in it. Especially for being such an inexperienced group of actors it is a near miracle that this is such a strong ensemble cast with everyone giving it their all. Starting off with Viveik Kalra who plays our lead Javed is wildly charming and is able to bring an incredible amount of emotion especially in opposition to Kulvinder Ghir who plays his father. In fact, despite being built with multiple cliches of troubled relationships between father and sons I found them to have some of the best scenes in the entire movie together. Not just due to the actor's chemistry but with how they go beyond where most films would stop as far as exploring their relationship. Sure we have seen layered father characters who push their sons too hard due to feeling like a failure in their lives but here we go beyond that and see the turmoil this brings to Javed. He feels bad for his family and knows that his choice does greatly impact them which is something he cares about. I found that his struggle between giving his life over to help them and following his dreams feels deeper and more impactful than it would in the normal film. Despite being built on multiple cliches I found his struggle to be true to himself and to follow his own dreams while also maintaining a relationship with his family and not wanting to let them down or betray them to really hit the mark and not feel cliched.

To a larger extent, this is how I felt about the movie overall. Despite clearly showcasing multiple cliches it never feels too cliched to where it would bring the film down and make it feel stale. Another place this really surprised me was in the romance between Javed and Eliza (Nell Williams). I found this romance to be so natural and genuinely built. You can tell the passion these two have for each other and the script gives them so many great moments together which always land really nicely. The setting of the film also gives enough for the film to chew on and create a bigger message with. 1987 England was hard to place to be for Pakistani immigrants not just due to the job crisis but also a large amount of racism and hate crimes. Sure what they are presenting is not anything new or innovative other than this being a unique time period that we don't normally focus on yet still it lands surprisingly well and I think part of that is because they never blow it up into something bigger than it is in the context of the story being told. It is a constant presence but it rarely every becomes the focus of an extended portion of the film and they don't act like it is the main thing they are trying to say. So many films like this will have a more serious element like racism which they try to make a bigger focus than it should be so that it can look more deep and important when really all it does is take away from the story being told. This film smartly sprinkles this throughout to where it still is a strong presence and part of the film but it never feels like a side plot taking up too much attention from what we should be focusing on. 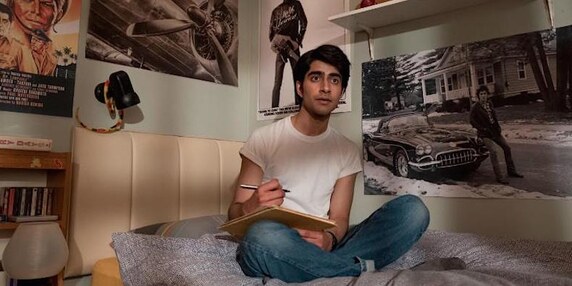 One of the things I was worried about going into this film was how it would use the music of Bruce Springsteen as personally, I have no real connection to his work. It isn't that I dislike his music but I never have sat down and really explored his discography or found powerful messages in what I have heard from him so I was worried that there would be some disconnect between myself and the film, luckily that wasn't the case. Even if you don't have a connection to the music the film does a great job at engaging you into Javed's connection with it making the music feel impactful and meaningful nonetheless as you see what it means to this kid. The use of music never was distracting and I love how with having the film set in 1987 everyone is pretty much over Springsteen leading to some really fun scenes as Javed is just so late to the party. Visually as seen in the trailer I also really love some of the effects they have when showcasing the music, its nothing overly amazing but it was highly effective and looked unique.

Overall when I look at Blinded by the Light I see a film that has built its foundation with cliches and dull ideas that should have fallen apart, yet it didn't. Even with having the ability to see these cliches there is something special about this movie that makes it so genuinely sweet and heartwarming that you can look past the cliches and the film never feels dull or boring. This is an inspiring movie with some amazing acting and depth with Javed's torn between two different goals that everyone can relate to and empathize with. This is one of those rare movies where basically everything works, there is no side plot that feels like a waste of space and no cliche that lazy. This is a film with passion and I hope more people go to check this one out as everyone can take something away from this movie. As Bruce Springsteen himself once said, That is what film and art and music does they can work as a map of sorts for your feelings. This is a map of sorts to feelings everyone has had and even if your dream wasn't to go be a poet or rockstar like Bruce this movie hits you and will connect with you on some level.