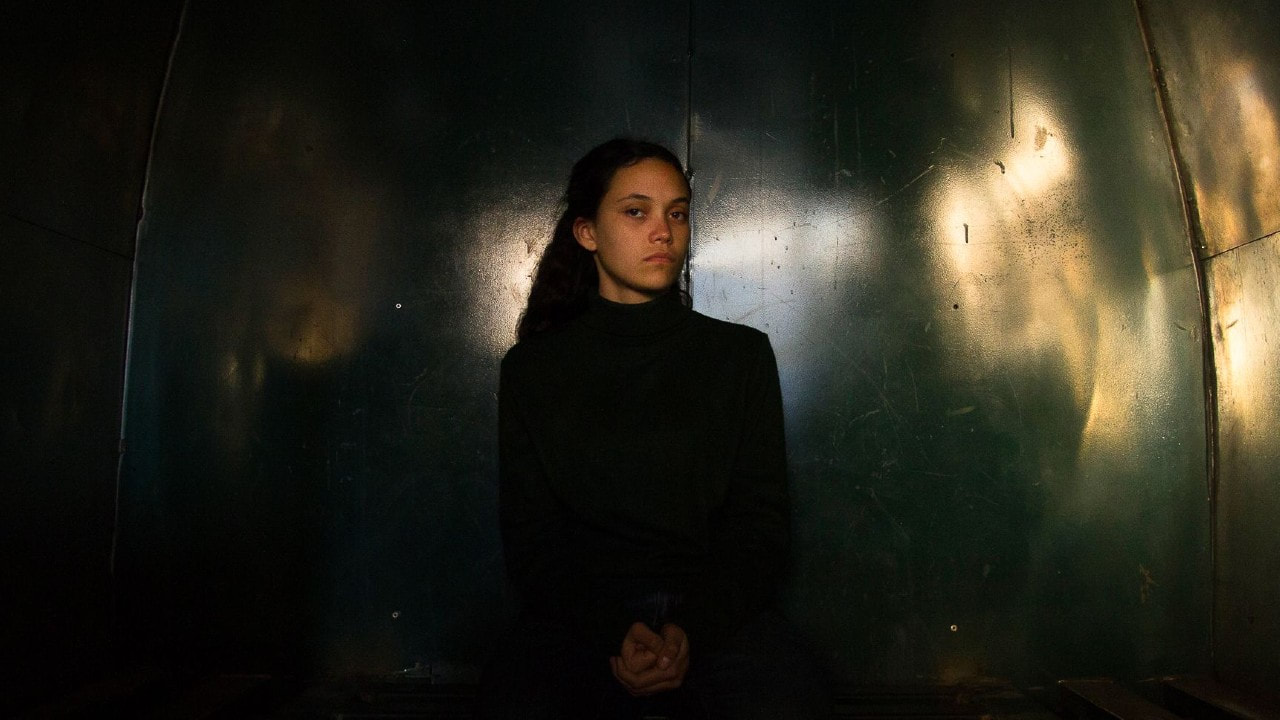 Newton's Third Law: Action & Reaction states that every action has an equal and opposite reaction. While modern society has brought a new awareness and effort toward protecting women and taking down abusers, a force focused on attacking women and modern feminism has also grown. This has created a complex and unstable social foundation for women to express their trauma and pain. Screening as part of the 2022 Venice International Film Festival, Fernando Guzzoni's Blanquita uses this foundation for an exploration of this very situation.

The film follows a young girl named Bianca (Laura López) who returns to her foster home with the claim of being trapped in an abusive relationship. She shares her story and initially, it seems like she will find her justice, but things begin to spiral. Scandals form and eventually a massive media controversy is found surrounding her story with the world looking to tear her narrative apart. The final results are shocking and heartbreaking as the film finds a confident and angry voice that is justified and worthwhile. From the performances to the writing, the film has a wicked ability to drop moments of incredible emotion seemingly out of nowhere.

There is clear tragedy found within the story of Bianca. She is desperate for closure and justice yet finds every part of her story out of her control. She wasn't in control when she was abused, and because of the media, finds herself not in control as she tells her story. Her pain and identity are used as almost toys for the media to make an example of. Being based on true events, it is clear that this is a dynamic that bothered filmmaker Fernando Guzzoni and drove him to create this project. There are some stunning lines that are only made more haunting via the delivery of López who is excellent in the film. Especially as her narrative is being torn apart, the film has some great flares of emotion when it comes to the ridiculousness of individuals being more concerned with trying to test her actions rather than the man she is accusing of these incredibly evil actions. The film is not fun and does not pull any punches, something beyond correct for something with this subject matter.

While the narrative of the film undeniably finds success as a result of its screenplay and actors, the technical side of the film is also strong. The cinematography by Benjamín Echazarreta helps build the intensity and strong emotional core of the feature while the score by Chloé Thévenin is one of the best of the year. These are the main tools the film uses to create tone and energy that add layers of depth to the various scenes of the film. This is where the underbelly of chaos and anger found in the project begins to breed and grow, something that eventually makes its way to the film's surface with incredible power.

The issues found are all rather minor. The narrative plays off the history Bianca shares with individuals yet at first scenes can be somewhat confusing. The film doesn't necessarily do the best job at introducing the audience to the dynamics of the world being seen on screen, but these eventually do become realized. Being a look at such a complicated subject, there is also bound to be varying opinions based on how the film presents such a sensitive subject matter that could easily lead some to feel frustrated with the project. The film is clear with its anger and beliefs in a way that can easily rub some the wrong way if they have even slightly different takes on the nuanced messages found within the film's 94-minute runtime. Being a male writer and director, it does feel at times like there are scenes that should have had a female perspective and it is the one area where the film can really struggle to back up its own identity. These issues do very little however when it comes to ruining the film and the overall voice is still incredibly strong.

Overall, Blanquita is not just a well-made film, but is an incredibly important one. With fantastic performances and strong filmmaking, the feature finds a powerful and demanding voice that strikes with a burning fire. While perhaps it is somewhat disappointing to see this tale come almost entirely from a male filmmaker, Fernando Guzzoni does a magnificent job and the film feels like required viewing for the modern world.
Become a Patron!