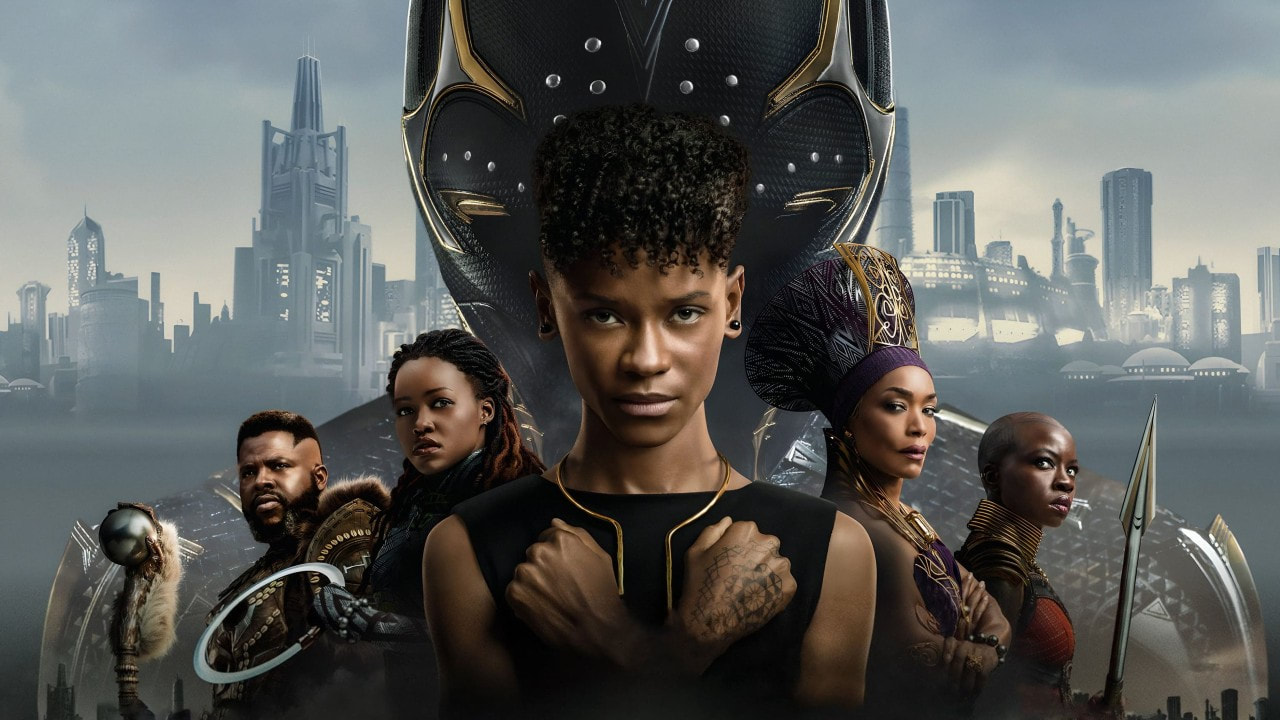 One of the most shocking news stories of the last decade was the 2020 passing of Chadwick Boseman who had secretly been battling colon cancer outside of the public eye. Boseman had just started to create a legacy on screen with his biggest role being that of T'Challa in the MCU. Boseman's tragic passing meant uncertainty for the MCU as plans for a sequel to 2018's Black Panther had to be reworked and rewritten to adjust for this twist. Efforts pressed on however and finally, Black Panther: Wakanda Forever has materialized. Directed by a returning Ryan Coogler, Black Panther: Wakanda Forever sees Wakanda 1-year after the death of their King with Queen Ramonda (Angela Bassett) does her best to keep Wakanda safe against a world actively going on the offensive to gain access to Wakanda's supply of vibranium. Things only get more complex as thanks to a new vibranium detector which finds a new supply of vibranium outside of Wakanda which upsets the hidden undersea nation of Tālocān which looks to threaten Wakanda into joining together on an attack on the rest of the world to keep both nations safe. While Black Panther: Wakanda Forever has every excuse to be a messy and disappointing feature, the final result is shockingly focused with a natural thematic evolution from the first film being paired with a consistency not always seen within the MCU.

The conflict of 2018's Black Panther revolved around a question of moral responsibility within Wakanda. With a massive supply of vibranium which has the power to fix many global issues, there is a natural debate surrounding Wakanda's responsibility to share this power or let the world around them suffer. Now that the world is aware of the power of vibranium, this debate has evolved as multiple nations launch physical attempts to get this vibranium. Wakanda is forced not just to sit on the sidelines, but now actively fight against the world to keep their power for themselves. The same can be said for the Tālocān. Led by their leader Namor (Tenoch Huerta), the Tālocān rightfully have turned their grief forced by the outside world into anger and have no problem using their power to kill anyone who threatens their existence. This is a naturally more complex and layered conversation that evolves the thematic conversation of the first film in a meaningful sense. This conversation is remarkably clean and is easily one of the brightest spots of the entire project.

This story is naturally blended in with a loving tribute to Boseman whose weight is felt throughout the film. From the opening scene which sees the initial reaction to T'Challa's death to the ideology of T'Challa's leadership being put into debate, the figure and presence of T'Challa is still absolutely present with the film wisely weaving in a message on grief and how it can influence action. These emotions are largely focused onto Shuri (Letitia Wright) who steps into the role of lead performer rather wonderfully. Not only is the character of Shuri one of rich emotion and personality, but Wright is fantastic with a strong blending of charisma and gravitas. The film also introduces Dominique Thorne as Riri Williams who immediately shows promise as Ironheart. Williams is a breath of fresh air with some of the best comedic timing and natural personality of the entire modern MCU. There is an energy and personality to her that feels incredibly authentic with the Ironheart side of the MCU being one of the most exciting prospects for the future of the franchise.

It isn't just the side of the heroes who deliver. Tenoch Huerta is a fantastic force of conflict with his character and performance demanding both empathy and fear. While the writing of his character is sometimes flawed, the turn to fully villainize the character is notably a weak failure of logic, the performance is consistent and his chemistry with Wright feels undeniable. With the Tālocān also comes a new canyon of iconography and action that feels unique and refreshing. Their underwater kingdom is beautiful with enough left unexplored for future projects while also giving a satisfying taste of what is to come. The connection to human history is also a meaningful layer of identity with a social and political relevance always being appreciated.

When it comes to flaws, the easiest target is the film's runtime. Coming in at a whopping 161-minutes, the film is undeniably bloated. While a general cleanup when it comes to pacing and structure would clearly be beneficial, there are also some larger sections of the film such as a side plot involving Everett K. Ross (Martin Freeman) which is ultimately meaningless and easily could be cut without any real consequences for the film. There is also the disappointing MCU identity to the film that feels the need to tie in various upcoming projects and stories that really have no place in the focused narrative of Black Panther: Wakanda Forever. The MCU is growing to such a large scale that it is becoming impossible to fully grasp the context of what is happening and it feels difficult to truly buy into much of what the film sets up for the future considering it will probably be years until the next development in this story considering the dozens of other narratives also demanding focus within the MCU.

While the film might not be perfect, Black Panther: Wakanda Forever is an undeniably strong MCU feature that expands well on the original film. This is a project that had every right to be a complete mess, yet somehow, finds a focused and worthwhile angle to push the story along in the face of tragedy. The drama of Wakanda and the energy of the newly introduced Ironheart are immediately two of the most interesting narratives active within the MCU and one can only hope they get their time to breathe and continue before they are thrusted together with the other dramas and journeys taking place across the MCU universe.
Become a Patron!