Where the Marvel Cinematic Universe has reached incredible highs including taking the title of highest-grossing film of all time with 2019's Avengers: Endgame, 1 year earlier the series saw the release of Ryan Coogler's Black Panther which not only reached box office milestones but also managed to score the first-ever Best Picture Nomination for a Comic Book Film and win for the MCU. Following the newly crowned Wakandan King T'Challa (Chadwick Boseman) as a mysterious outcast going by the name Killmonger (Michael B. Jordan) comes for the throne, Black Panther captured the hearts of many with its depth and world that still stands out as some of the deepest content found in any MCU film to date. 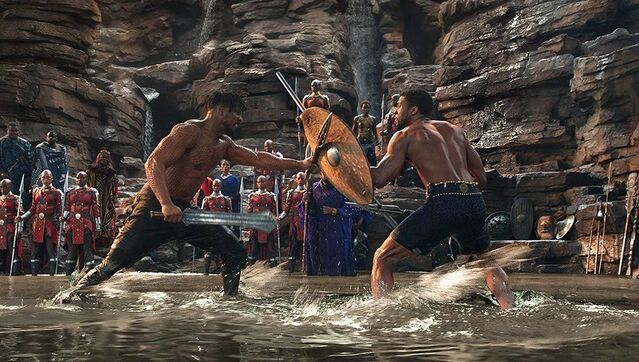 If there was one thing about Black Panther to truly stand out in the context of not just the MCU but the Comic Book genre in general is the world it takes place in. Where there are multiple worlds and societies to be explored in the MCU up to this point, none have the same depth as Wakanda. With an inspired blend of fiction and traditional African cultures, there is a real identity present in the world of Wakanda that feels real and thought out. Not only is it felt in the power dynamics of the society and spiritual beliefs circling around the Black Panther power but in the more grounded elements of the production. Production elements like the production design and costume design stand out as beautiful and meaningful that serves a purpose and clearly has an incredible level of craft behind it.

This identity and craft can also be clearly felt in the screenplay by Ryan Coogler and Joe Robert Cole. So many comic book movies feel empty when it comes its conflict and villains feeling more like a mandatory story beat leading to a third act action scene rather than one that narrativity fits. Killmonger stands out as one of the best comic book villains because of what he means narratively to the film. Wakanda is a country that despite having extreme advancements in technology and structure has failed to share its gifts with the outside world despite black populations on a global scale being the victim of systematic racism and mass violence. The conversation that results from this dynamic, despite having a fictional catalyst, carries a real weight and relevance to it. This is not simply a conflict between good and evil, it is a conflict of ideals and fear that pushes not just the minds of the characters but of the audience. 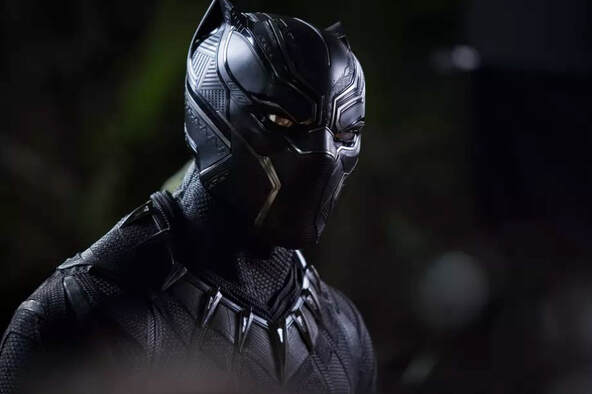 If there was one element of Black Panther to really let down it would be the action. Where the issue is much more minor on the small screen than the big screen of a theater, the visual effects throughout the film are just not good. There are multiple effects that just look cheap which is surprising considering the film is an MCU film which is a franchise that rarely suffers from these issues. The structure of the film also definitely hurts the 2nd act and overall pacing of the project. The film tries to do a fake-out early on in the film that fails to even be considered as what is really happening and instead gives the third act a sense of inevitability. From Point A, it is clear where Point C is going to end up and the actual journey from beginning to end can feel a bit drawn out and uninspiring because of that.

Still though, even outside the context of the Marvel Cinematic Universe, Black Panther stands out as something special. This is a film of dedication, of heart, of emotion. Ryan Coogler take the chance to make a film for this franchise and used that platform to say something important and of value. There is a life to Black Panther rarely seen in films in general, and one that helps the film stand out despite the flaws in the structure and visual effects.