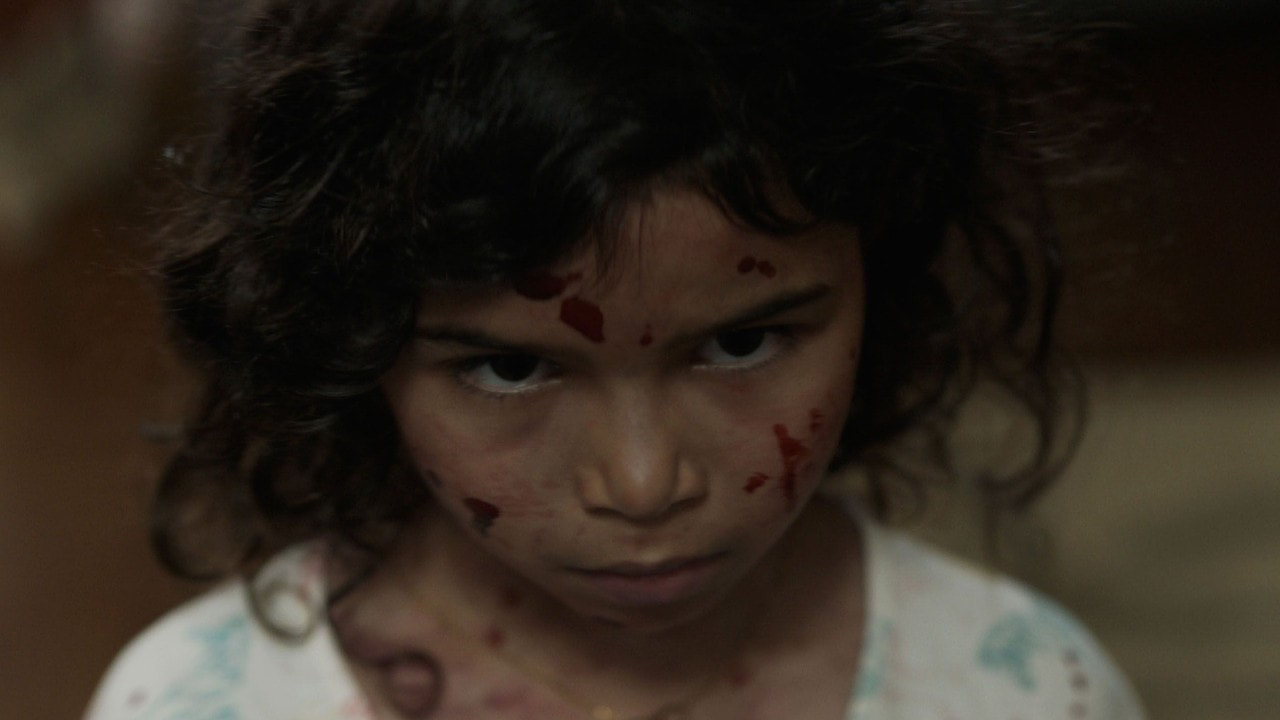 For the horror genre, few texts have proven to be as foundational as Mary Shelley's Frankenstein. The story would be famously adapted for the big screen by James Whale in 1931 with a queer narrative being baked into the modern identity of the story of the monster who defies the laws of nature as he was brought to life from the connected corpses of recently passed humans. Screening as part of the 2023 Sundance Film Festival, Laura Moss' Birth/Rebirth serves as a modern evolution of this narrative.

Rather than Victor Frankenstein, the mind behind the resurrection in Birth/Rebirth is a morgue technician named Rose (Marin Ireland) who uses her access to gain the biological material needed for her experiments. Rose has already tested her formula on a pig, and now is ready to bring a human back from the dead with her choice of specimen being a young girl named Lila (A.J. Lister) who recently passed away due to a bacterial infection. Lila's mother Celie (Judy Reyes) also works in the hospital and catches on to Rose's involvement in the disappearance of her daughter's body which leads her to Rose's home where she miraculously finds her daughter alive. Rose and Celie have to work together to keep Lila alive as obstacles arise and something sinister broods.

The core defying of societal beliefs surrounding nature and morals is one that has defined the Frankenstein narrative since its origins. Frankenstein's Monster is not some monster that spawned in the wild or a man who has gone crazy, he is a creature that has directly rejected the respected boundaries of life itself. His body is artificially given a mind and power with science serving as a new god of existence. James Whale took these fears and applied a queer lens to find a haunting look at othering and societies rejection of what they don't understand, even if the monster himself was innocent and morally pure. Birth/Rebirth builds upon Whale's work with an added layer of feminism and a conversation surrounding the power of same sex couples. As Lilia, a child brought to life originally via IVF without a traditional father’s involvement and again via non-natural reproduction, recovers, Rose and Celie live together and establish a family unit so successful that even the dead are able to find life. There is no dad or male figure here to hold things together or give his power, this is a story of women overcoming even nature itself.

It helps that the performances behind the film are extraordinary. Both Ireland and Reyes give strong performances that see them on the opposite sides of the personality spectrum. Rose is cold and harsh with her focus being interpersonal and clinical. While she is still undeniably human, she is often socially on the outside with her focus in life being almost exclusively on her work. Celie is warm and personable with her biggest fault being just how much she dedicates and gives to others that can leave her exhausted. These two women could not be more different, but find warmth together through their desire to nurture life and keep Lila alive.

It is important to note, however, that this is far from a perfect conversation. The film struggles, at times,  to put its pieces together with especially the darker horror moments surrounding Lila post-resurrection feeling thematically challenging. When one decides to create a narrative challenging nature and add further social context surrounding gender, one has to be clear and crafted with what morals and messages they are actually sharing. When one watches Whale's features, one can sense that he has attacked his story from every angle to ensure that it will hold up and carry the message he desires. Birth/Rebirth is clearly lacking in this self-examination with the overall danger being presented ultimately threatening to undercut the film's more progressive messaging. While the more brooding psychological horror is effective when it comes to genre, it feels like a misguided angle for the film on a thematic level.

The movie is also rather slow with its already shorter 96-minute runtime featuring often redundant scenes and empty challenges to fill up runtime. Rather than dragging out the story in the modern, it feels deserving for the film to have a better set up with relationships such as that between Celie and Lilia only benefiting from more time to develop and grow on the audience. Even when the film does have a more meaningful reveal or idea, the execution can be underwhelming with the film never fully achieving the gravitas it clearly is trying to have.

Birth/Rebirth is an overall effective psychological thriller that works to modernize and evolve the Frankenstein narrative to mixed results. While the ideas are strong and the film is rather strong when it comes to the modern horror genre, the thesis suffers from a somewhat confusing execution that demands more craft and clarity. This might hold the film back from becoming a masterpiece, but it luckily isn't enough to ruin the overall feature which remains an easy horror recommendation.
Become a Patron!