The DC Extended Universe has been an overall disappointing venture into the idea of a connected universe so far giving films on a scale from unwatchable to just “good”. At first glance, giving the loud and quirky DCEU version of Harley Quinn her own solo movie seems like a questionable choice. Being introduced in Suicide Squad, there was no denying that Margot Robbie was fun in the role, but there was little to give faith that her version would work being blown up to the role of the main character. Then the trailers came and the collective fears regarding the film started to fade away. Committing to a rare R rating, Birds of Prey promised an over the top fun adventure filled with spirit and attitude that immediately intrigued many, and for the most part does deliver. 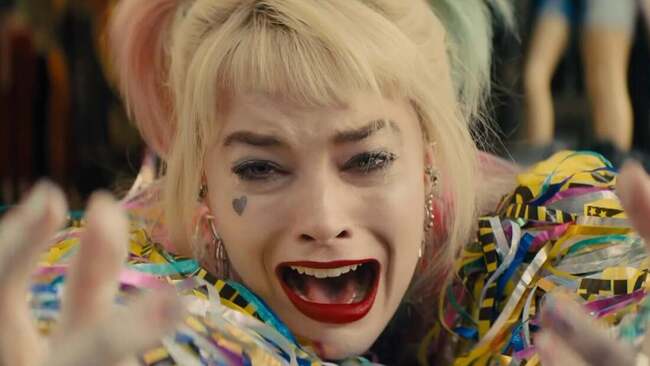 One thing to stick out immediately and carry throughout the film is the star power that is Margot Robbie in this film as Harley Quinn. Having broken up with the Joker and trying to make her own path and identity, despite still being an overall villain, Quinn becomes a character easy to empathize with. Even past the clear message of gender inequality and the added struggle that gender plays in the control of power, mostly everyone above a certain age can relate to when they truly had the freedom to decide and express who they were and the fears that can come with that. Being the first time she is on her own this So much of that emotional substance comes through the performance from Robbie who has shown that she is a master of tour-de-force performances in the past with roles like that of Tonya Harding in I, Tonya. Past the emotional depth in this role at times, Robbie is also just a hell of a lot of fun. This is a loud and charismatic character that is naturally fun to be around and Robbie is able to craft these two sides of the performance together without any flaws or issues.

Where the film has a message and substance to it, the first priority of it is to be a good time. Robbie was fun as Harley Quinn in Suicide Squad but in Birds of Prey she embraces this character on a whole other level. The presence of the actress Margot Robbie disappears into that of Harley Quinn as she becomes a master of small mannerisms and almost unnoticeable choices within the performance that play a huge impact on bringing this character to life. This is not a one-woman show though, Robbie is surrounded by a group of supporting actors clearly having a lot of fun which resonates well on screen. From Rosie Perez and Mary Elizabeth Winstead who are bringing humor out of trying to be over the top dramatic characters to Jurnee Smollett-Bell who is giving a badass performance of depth and entertainment. These women all have very different characters but are so much fun in their roles and have a tremendous amount of chemistry when brought together 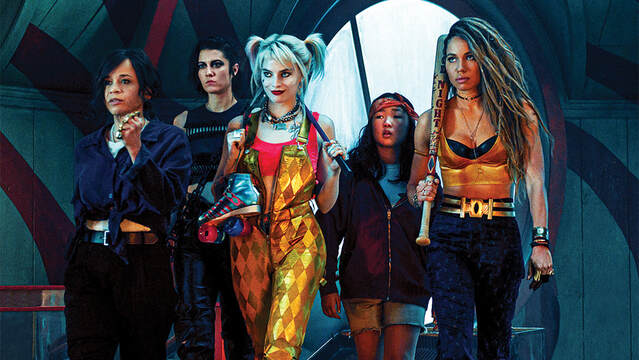 Past just the actors the film itself clearly was having a ball experimenting with unique production elements. From the over the top and complicated yet natural feeling costumes by Erin Benach to the masterful makeup job from Miho Suzuki. This is a film that stands out above and beyond on a technical level and is one that could easily stick around in the conversation possibly even bringing the DCEU its second Oscar nomination and win after Suicide Squad was able to pull it out for Makeup & Hairstyling.


​The one thing holding this movie back however is the editing. Just by the concept of having to bring together these 5 women together and get them on the same side, it is obvious that the film is going to have a lot of set up to get to that point and sadly it doesn’t hold itself together that well. With a chaotic plot structure that the film tries to explain away by making Quinn herself the narrator, the movie can feel quite hard to follow and disorienting. Also for being just under 2-hours long, the film feels really long. Especially towards the middle as the movie is still establishing each character's story and is starting to bring them together, the film feels like it is biting off way more than it can chew. Despite this rough journey though, it is noteworthy however that by the end these characters were brought together in a way that felt natural and justified. That is a hard thing to do and the fact that they were able to achieve it was impressive.

There is no doubt that Birds of Prey is going to be a film plenty enjoy. Overflowing with energy and charisma that is enjoyable to watch. Sure the structure is a mess and the film could have been drastically cleaned up but most will probably be able to forgive the film for this. Mixed with the deeper emotional ideas present, Birds of Prey is not just a fun film but one of substance and depth that is an easy recommendation. It might not be the cleanest or best film of the year but it is an enjoyable one nonetheless.