a tale as old as time:

beauty and the beast 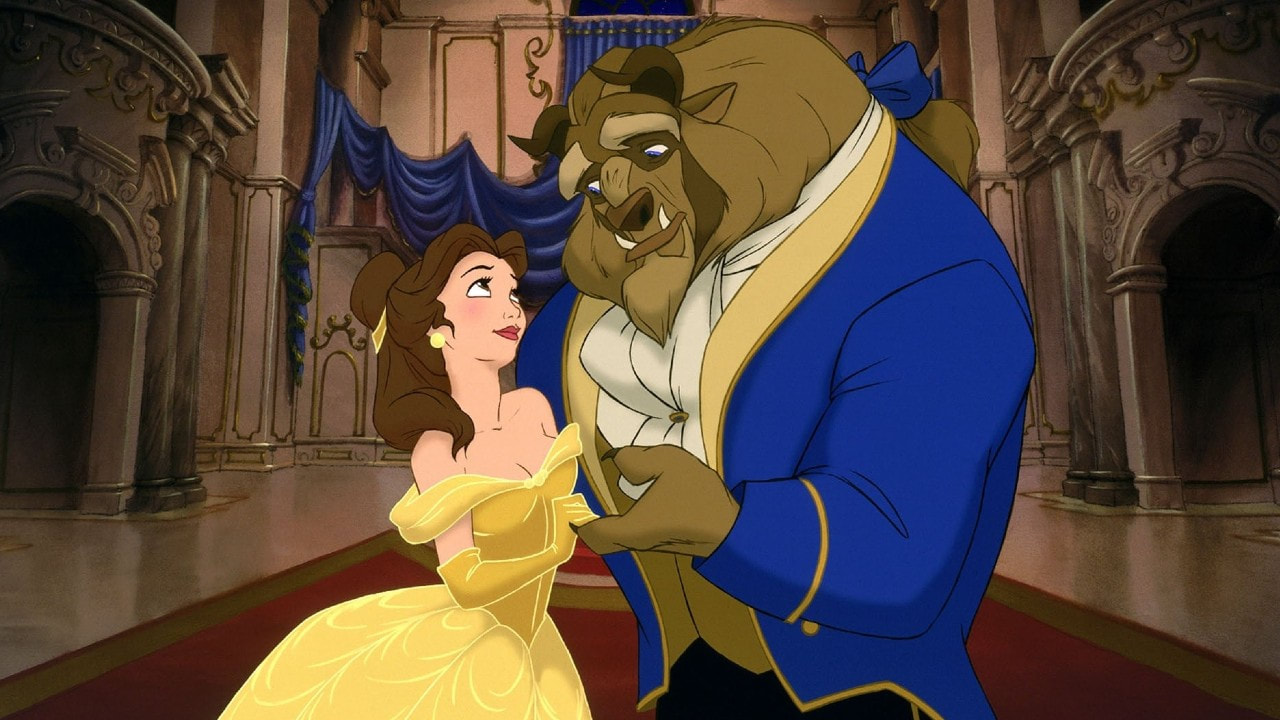 When it comes to Disney masterpieces, 1991's Beauty and the Beast stands as one of the strongest. Co-directed by Gary Trousdale and Kirk Wise, the self proclaimed tale as old as time adapts the 1740 fairy tale of the same name by Jeanne-Marie Leprince de Beaumont which sees a crude and tortured beast, voiced in this adaptation by Robby Benson, imprison a woman named Belle, voiced here by Paige O'Hara, and try to fall in love with her to break a curse placed upon him and his servants. While the emotional beats within Beauty and the Beast might be far from revolutionary, the film carries an incredible weight and emotion that creates a fantastic viewing experience.

Nearly every piece of Beauty and the Beast is crafted and masterful in execution. Starting at the first frames of the film, this is perfectly illustrated in the film's animation. From the stained glass bookends to the character animation to the production design, every detail and design within the film is purposeful and effective. The transition from the dark and empty cavernous hallways of the castle that eventually become lighter and more elegant to match the thematic lightness of the key blooming relationship is nothing short of genius and the way the Beast rushes through the castle is instantly iconic. All of the Beast's servants have been turned into objects and the film is great with how they portray emotion and personality onto these otherwise lifeless household items. The seasons are great with the passing of time feeling memorable, the boisterous villain Gaston (Richard White) is given a visual presence that is perfect for his character. The song sequences not only are wonderfully designed, but the actual filmmaking that goes into some of them are simply stunning. This is a film that is constantly aware and inspired in how it can use visual storytelling to enhance its own effectiveness and easily the film has to be seen as one of the clearest examples of how animated features can benefit from strong foundational filmmaking. It obviously helps also in some of these scenes that the songs are just beautiful with the titular song being undeniable in its emotional swells.

The characters and the voices behind them are also flawless. Paige O'Hara is the perfect blend of innocence and power, giving Belle an agency and soul not always seen within Disney's filmography. Robby Benson is key to the film's success as the Beast. While angry and brooding, there is also a tortured soul captured within his performance that is needed to keep the Beast from becoming an unlikeable antagonist. Richard White is outstanding as Gaston with his over the top ego never getting in the way of his darker and more threatening moments as the villain. The supporting cast is littered with more gems like Jesse Corti as Gaston's sidekick LeFou, Angela Lansbury as the loving Mrs. Potts, and David Ogden Stiers as the strict and rigid Cogsworth. Every one of these characters are well-defined and instantly are memorable with the film overall being one of the strongest animated ensembles in Disney history.

While these elements are impressive, the story being as effective as it ends up being is a near miracle. On paper, the story of Beauty and the Beast is a recipe for disaster. Not only is the deeper exploration of the outward monster Vs. the inward monster one that has been captured plenty of times before, but the story itself follows beats that easily could be problematic with narratives of Stockholm syndrome and abuse. While this problematic reading can still be applied to the film, the feature is beyond wise in how it develops its story to try and make the love found between Belle and the Beast feel more natural and authentic. The first is obviously the framing of the curse put on the beast that helps justify the more extreme lengths he is pushed to. There is a real sense of panic as time is running out for not just him, but also every character within the castle.

The inclusion of these side characters and the role they play in trying to help both Belle and the Beast also adds a healthy third party that makes the environment feel less constrictive than if it was just Belle and the Beast. Next, the film wisely spends a lot of time with the Beast himself away from Belle where his true heart can be expressed and one can get the sense that he genuinely means to be trying his best. When drama arises, he also does eventually break his restrictive control and proves his genuine love for Belle by letting her go. While this might not make the morals within the relationship or story perfect, it does help the viewing experience and make the love shared in this relationship feel genuine.

Due to strong execution and smart ideals, Beauty and the Beast is easily one of the best Disney films to date. Taking a story that so easily could have been disastrous and figuring out masterful ways to build around it to create a satisfying story of love and empathy, the feature connects on a deeper emotional level and clearly is one of the brightest points of the Disney Renaissance!
Become a Patron!