One of the most exciting parts of the Sundance Film Festival each year is the chance for a film by a new and intriguing voice to make an impact becoming one of the first big talking points of the year when it comes to film. In 2012 the film on the tips of everyone's tongue was Beasts of the Southern Wild from debut director Benh Zeitlin. The conversation continued throughout the entire year, from winning the Caméra d'Or at the 2012 Cannes Film Festival to eventually making it all the way to the Academy Awards where the film received multiple nominations including for Best Picture. 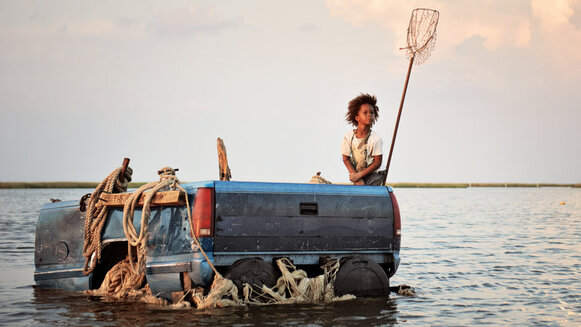 The immediate thing to stick out within Beasts of the Southern Wild and eventually is the aspect that sticks with audiences is the world it creates. What the individuals in the film call "The Bathtub" is a world that perfectly balances being set in reality yet still having a sense of magic and mythos to it. For the majority of the film, the audience is kept in the dark as far as how this community is a part of the larger world around it which allows the film to go all out with its fantasy elements which feel natural and believable without taking away from the more grounded emotions and characters also featured. The world is intriguing but it never is distracting which is not always the easiest thing to accomplish.

The acting is another big reason this world is able to feel so well-realized and believable. In characters like Miss Bathsheba (Gina Montana) and Wink (Dwight Henry) have a real sense of uncanny to them. Sure their emotions are honest and relatable, but there is also a fire of something else deeper inside of them that is echoed in the world around them. Where it might be easy to focus on one particular element of this craft such as the actors or the screenplay from Lucy Alibar and Benh Zeitlin, the true magic comes from each of these elements being on the same page producing something truly special. One individual performance that needs to be recognized is Quvenzhané Wallis as Hushpuppy. Despite this being her debut performance and her only being 9 years old at the time of release, Wallis gives a truly inspired performance with such a will and personality behind it which wisely was embraced by the filmmakers who reworked the film to work with this side of her. 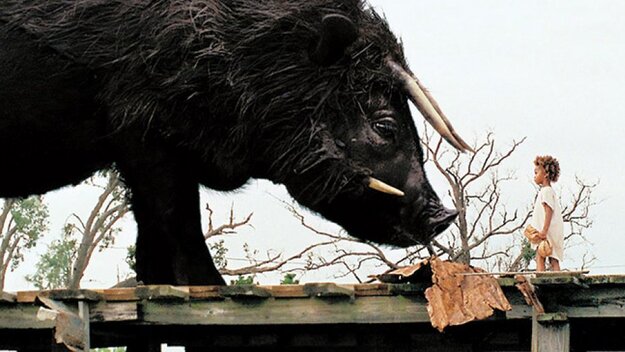 Another big reason why this movie finds its groove so effectively is the technical aspects of the film. The cinematography from Ben Richardson and the production design from Alex DiGerlando works hand in hand in physically creating a world that fits all the unique requirements needed from this world. The music from Dan Romer and Benh Zeitlin also not only sounds incredibly unique but helps drive the sense of magic and awe in the film home. These technical elements are risky and experimental but also never feels like the film is trying too hard to create something unique. The only place where it feels like the film does go a bit too far is with some of it's bigger more vague ideas. There are multiple story elements that feel like they have a deeper meaning to them but being caught up in the direct story and world it doesn't feel like these bigger ideas really have time or room to fit in naturally and add much to the film.

Even now almost a decade after its release, it is easy to see why Beasts of the Southern Wild made such a splash when it first released and the film continues to standout. Where it might try to bite off a bit more than it can chew at points, the film creates such a memorable world and characters that audiences can't help but get sucked into the story and the emotions come with it. At its heart, Beasts of the Southern Wild is a modern fairy tale in the best of ways and is something everyone should experience.