lions don't do this: 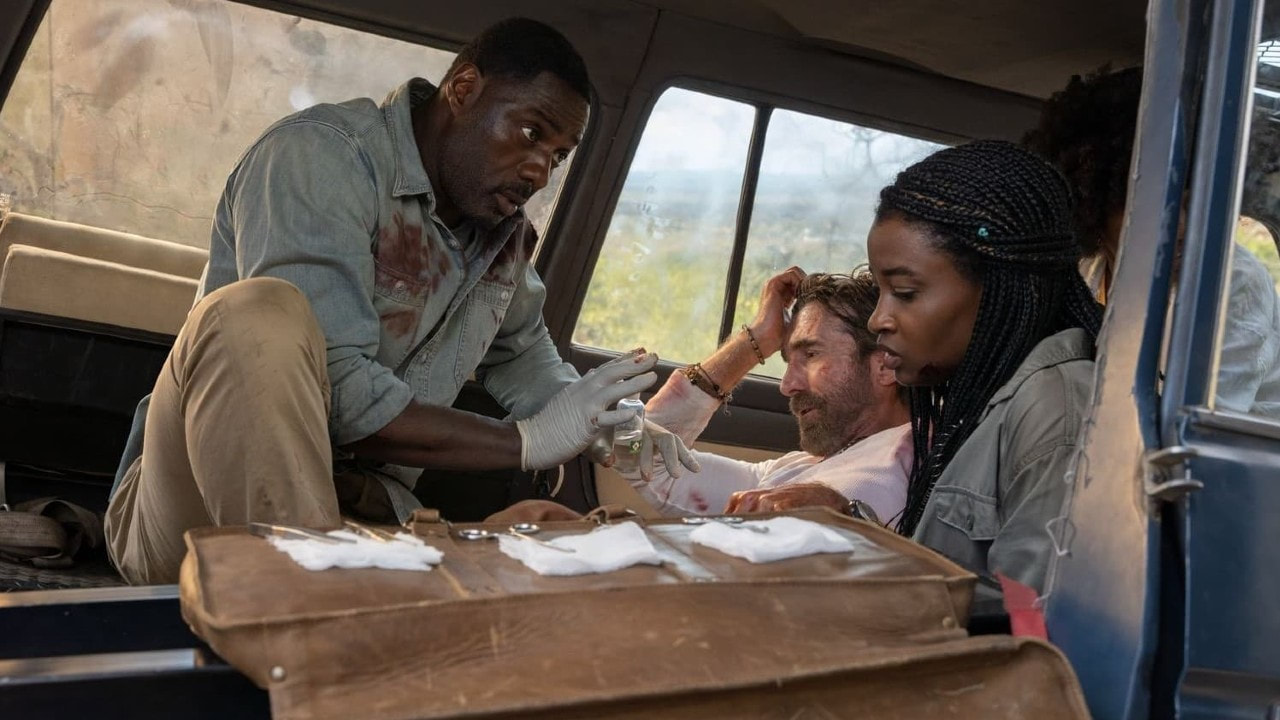 Naturally, humans tend to fear what they do not understand and have control over. Time and time again throughout humanity, this manifests into a fear of the wild. Within the wild, there is an animalistic energy that is untameable and unsafe at times. There are animals who can kill. This fear has transferred onto the big screen time and time again with nearly every predator getting their time in the spotlight. The newest of this genre, Baltasar Kormákur's Beast, gives lions their moment to shine. Following Dr. Nate Samuels (Idris Elba) and his two daughters (Iyana Halley and Leah Sava Jeffries) who travel to South Africa to revisit where Samuels met his late wife, Beast sees the group get stuck in a broken vehicle with an especially-aggressive lion outside waiting to kill them as revenge for losing their entire pride to a group of poachers.

Beast is a film that takes nearly no risks or adds nearly no complexions to the formula it is using. From the first few minutes, the audience will exactly what is going to happen in the film with the ending being almost comedically clear. The plot is as standard as the genre can get. These innocent individuals get trapped and have to work through their own dysfunction and trauma to overcome the odds and make their escape. This isn't to say the film is totally ineffective, there is plenty of tension and fear, but the final product feels dull and predictable as a result. It is the experience of riding a rollercoaster after riding it for years already. Sure the drops still connect and the experience is overall fun, but the magic and the interest in not knowing what is to come around every turn is completely faded.

To combat this, the film tries to use three different narratives. The first is the family dynamic shared between Samuels and his children. Not on the same page after Samuels mutually split with his wife right before she got sick and eventually passed, there is an elephant in the room at all times. While overall competently handled, Elba and both child actors are strong, this is another area that feels predictable and ultimately no true venom is found to elevate this dynamic. The next is the introduction of poaching. The film opens with poachers attacking a pride of lions which serves as the catalyst for what makes this particular lion so upset. Elements are introduced such as Samuels' friend Martin (Sharlto Copley), who is trapped with them, being an anti-poacher who actually hunts poachers. This underbelly really goes nowhere however and there is a confusing message then being said regarding the villainization of the key lion. To present this beast as an evil creature out for murder but then also attempt to create a claim that it needs to be protected while all the characters attempt to kill the lion makes little sense. There needed to be a craft in how this story was presented, but that is completely missing from the final product.

Part of this might be due to the editing of the film. While this might be speculation, it is bizarre that the film sets up multiple setpieces that ultimately go unused, possibly suggesting that certain scenes and therefore reveals were cut. While what is suggested by the film in this sense has its own level of complexion and moral questions, an underdeveloped thesis would ultimately suggest this is the truth. The third way the film tries to expand past its basic narrative is through a series of flashbacks that show Samuels seeing his wife. Done with a ghostly darkness, these scenes are jarring with their introduction feeling completely last minute. They don't fit into the film and ultimately go nowhere that wasn't already found in the emotional journey this family goes on.

When it comes to positives, technically the film is strong. The visual effects to bring this lion to life are overall stunning with the physicality of this big cat being felt in every attack. The sound design and cinematography during these action segments are also inspired. The overall setting is also well-realized and it can be appreciated how the film moves through its 93-minute runtime. There are also some great moments of humor that offer a needed relief at times from the terror and emotional drama found around these scenes. Writing comedy into a film like this can often find results that feel awkward, but Beast has a strong eye for when to insert humor and how to make it flow naturally.

While Beast isn't terrible, it is an incredibly basic film in the animal attack genre that does little to be noteworthy or special. Much of the film feels like it is going through the motions, only to then randomly include a scene that feels inserted last minute to try and give the film something deeper. Outside of the effects, it is hard to say there is much here that demands attention and sadly the film ends up feeling just dull. This mixed with a rather lackluster ending leaves a film impossible to recommend.