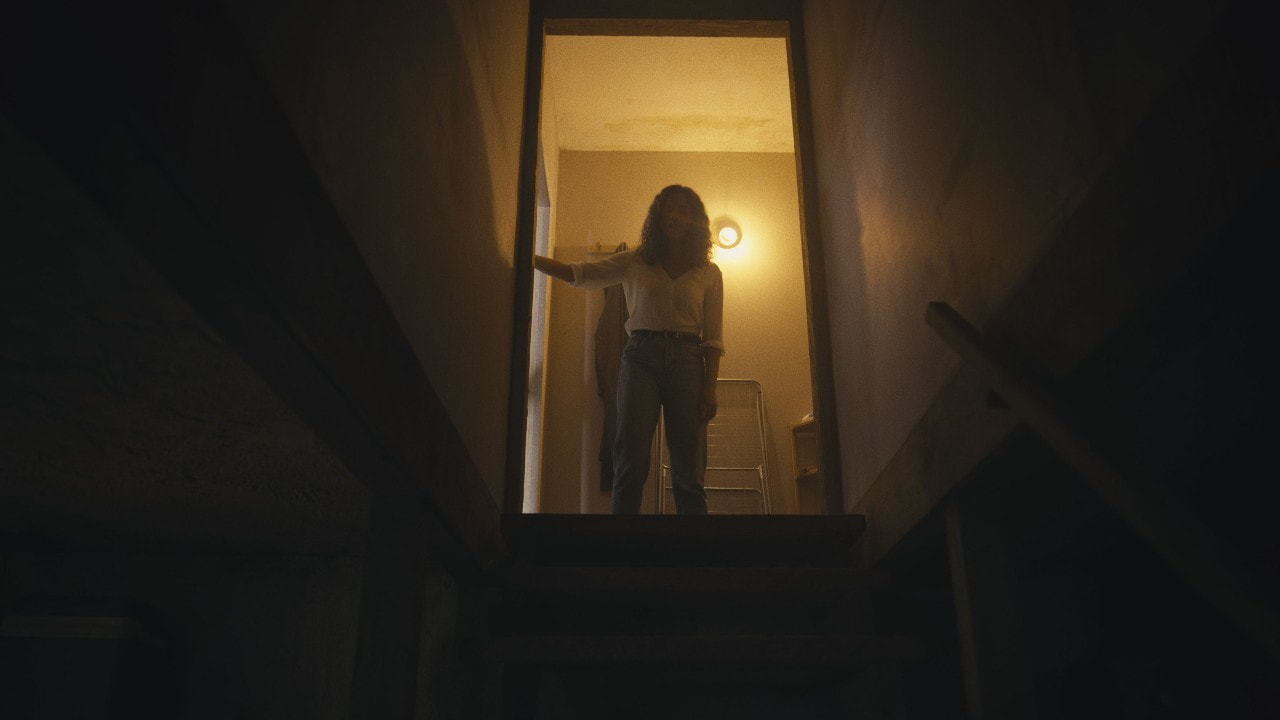 While the horror genre has been a catalyst for some of the most unique and imaginative films throughout history, the modern original horror genre is sadly lacking. While there are breakouts here and there, the genre has sadly been dominated by sequels and terrible cheap thrills that look to make a quick buck off of the genre. Because of this, it is often hard to get fully excited for new original horror as chances are, they will also be disappointing. It is because of this that when a new bright spot of original horror pops up, it can be an incredibly thrilling and exciting prospect. This is absolutely the case for Zach Cregger's Barbarian. Opening with a young woman named Tess (Georgina Campbell) arriving at a Detroit Airbnb only to discover that a man named Keith (Bill Skarsgård) is already there and claims that the house must have been double-booked, the film begins as a traditional horror set up but quickly finds chaos as the film plays with expectations and finds an entirely new direction. Wildly entertaining while maintaining a strong horror underbelly, Barbarian is one of the surprise hits of the year!

The immediate challenge when trying to analyze the film is the plot. Filled with twists and turns, the film absolutely deserves to be seen with no spoilers or enhanced expectations of plot. It is a treat to see the film blind and allow its rollercoaster nature to pull you along. Because of this, plot details and summary are something best left vague. The setup is great with multiple details providing suspense and possible clues of what outcomes could come next. Strange things move in the night and naturally, Bill Skarsgård carries a sense of sinister intentions. This is where the film makes a choice to become more entertaining than terrifying. Playing on the cliched dumb character who of course wanders into the creepy basement and makes her way through a secret door to go even deeper underground, the film promotes a frustration at the character that feels controlled and intentional. It is a film that wants audiences to be yelling at the screen and rolling their eyes with anger at how stupid its characters are. At just the moment it seems natural that the character will face consequences, the film abruptly switches.

The focus then goes to a filmmaker named AJ (Justin Long). Currently in the process of being canceled for sexual misconduct, AJ decides to return to a property he owns in Detroit. The pathways clash and as craziness ensues, more details are brought to life about what is actually happening. The plot directly plays off expectations with some of the funniest moments found in cinema this year. The film is silly in a way that never feels forced or contrived. It has enough legitimate craft to hold itself together as a strong final product but is self-aware enough to go places rarely seen within the modern genre. Not only does Zach Cregger do a fantastic job as director for the project, but his writing here is some of the best horror writing in recent memory.

It helps that the performances are incredible. Long is hysterical while Skarsgård broods an off putting innocence. The only character the audience can truly root for is Tess with Campbell shining bright in this starring role. Surrounded by far more flashy performances, Campbell works well as a calmer presence of fear and determination. The physicality of Matthew Patrick Davis is also vital for the film's success, though more details regarding his role would only ruin the experience of watching the film. The other technical elements of the film also stand out. The makeup work is fantastic while the production design is incredibly clean. The cinematography from Zach Kuperstein also shows an incredible craft with every piece of the film feeling like it is inspired.

While so many horror films feel like they are going through the motions, Barbarian feels as if it rejects this concept and shows that with heart, the horror genre has so much more to offer. It is hard to express just how fun the film can be and it feels required that one goes to see this with a full house without any spoilers. It is wacky and frustrating in the best of ways, coming together into one of the best theatrical experiences since the pandemic.