Bambi has garnered the image of being one of the most emotional Disney films which is a difficult title to even be in the running for considering the companies long history of dead parents and brutal kills. Unique from most other Disney films especially from this era, Bambi fails to follow just one plot. Instead of some big adventure that takes place over a short amount of time, Bambi instead gives an overlook at the life of a deer named Bambi from his birth to adulthood and the various trials he has to go through. 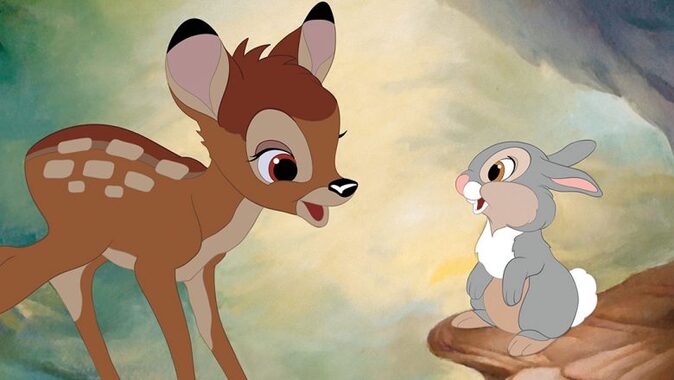 The most memorable aspect of Bambi easily is the animation and world that it takes place in. Despite just being an average forest, the atmospheric animation of the 1940s stands out as memorable and inviting. From the lush green forest to the foggy cold fields, the visuals in Bambi really do impress even in today's standards. The music from Frank Churchill and Edward H. Plumb also is equally memorable and lavish despite definitely standing out as a product of its time. The other really impressive part of the film is the voice acting, with the characters being shown at various parts of their life, multiple voice actors have to work together to craft competent performances and where each age stands out as unique they all come together and feel right when paired together. Where the adult performances might not be super surprising, the clearly younger actors really deliver being able to express their natural childhood charisma in a very natural feeling way without worrying about any on-screen presence considering that it is where most kid performances start to fall apart. 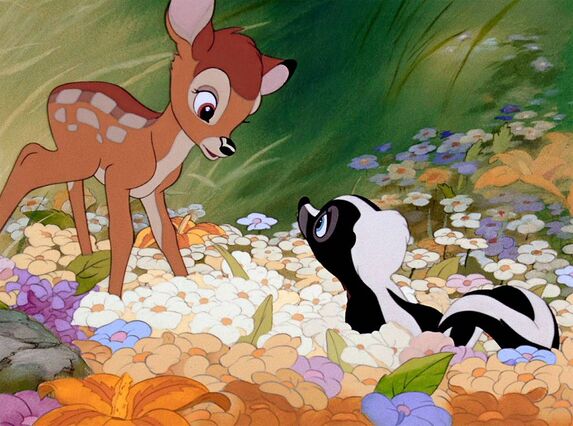 Despite these technical elements setting the film up to have a solid viewing experience, the story is easily the biggest drawback the film has, Where the idea of following a deer through their entire life might create some nuance in a discussion about the circle of life and the journey from child to parent, Bambi doesn't handle it in that effective or interesting of way. The film has some emotional moments throughout and the ending does carry some deeper weight to it, but the vast majority of the film feels like it is wandering without much purpose or engaging stories. Honestly because of this the charm and beauty of the film wears thin pretty quickly causing the film to feel quite boring. Where children will be able to find enough enjoyment in the atmosphere and setting to stay engaged, adults will find themselves looking at the clock way too often.


Bambi definitely stands out as a fundamental film in Disney's early history providing some really wonderful animation and performances but overall falls short to deliver an overall memorable or enjoyable film. Disney starts to reach for a higher thesis but ultimately falls short, they will eventually find the nuance they clearly were looking for here in future films, but sadly Bambi just starts to scratch the surface of what they were ultimately looking for.