For our first break from the James Bond series, I decided to look at the film directly trying to spoof the early Bond films: Austin Powers: International Man of Mystery. For 30 years top agent Austin Powers (Mike Myers) has been frozen ready to combat his enemy Dr. Evil (also played by Mike Myers) who has also been frozen for 30 years. With both returning in 1997, it is up to Powers and his sidekick Vanessa Kensington (Elizabeth Hurley) to stop Evil who is using a nuclear warhead to demand 100 Billion Dollars from the United Nations. Going into this film I had no hopes for it, this was a 90's comedy which I didn't grow up with so it was going to be very hit or miss. As I watched it though I was shocked with how much fun I was having, sure not everything holds up but plenty does and where this might not be a technically sophisticated or morally interesting film is honestly is tons of fun. 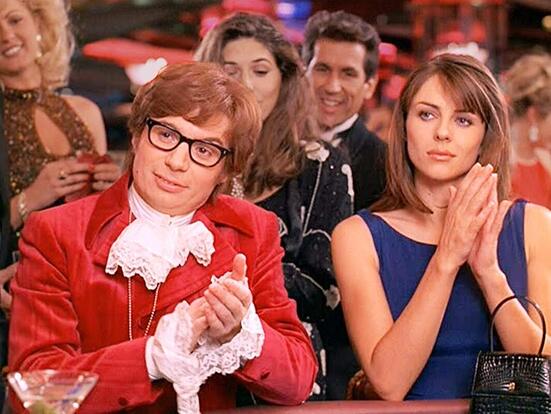 So much of that comes from Mike Myers who is so good in this movie. Where his work as Austin Powers is fun with the over the top accent and one-liners it was his work as Dr. Evil who has me audibly laughing out loud. He carries such a presence to him that was just comedy gold. There are also just so many side characters that have such well crafted comedic performances, from those trying to be over the top to those playing it straight, every actor clearly had a well-defined place in the comedy that really paid off.​ The comedy itself was also just shocking smart. Where yes there is the sex and more teenage humor that is to be expected it played off quite nicely mostly due to this film's comedic timing. Unlike so many other comedies this film knows when to drag out a joke, even with jokes that didn't quite land at first the film knows how to push them until they do land. 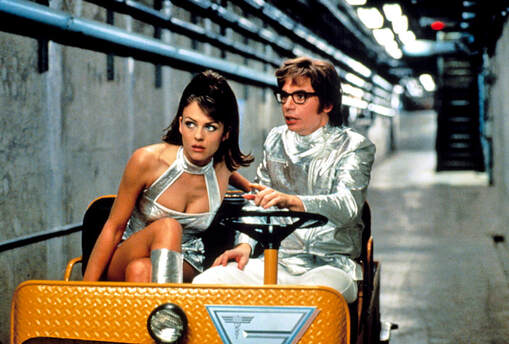 There also is just a side to this film which I didn't expect which was the Bond humor, I knew that the film would be spoofing on the character types and style of the early Bond films but I didn't expect the direct references and callbacks to the films that probably went over plenty of peoples heads. This film clearly has a love for those original films but also knows how to bring the humor out of them due to the time period they were created in, from the side villains like Random Task (Joe Son) who is a direct ripoff of Oddjob from Goldfinger or the gender dynamics from You Only Live Twice, this film has some really smart and funny comedy especially in contrast to seeing those original films in such a short amount of time before seeing this film. The only negative to the comedy in this film would be that plenty of it has aged quite a bit. There are multiple references that have become dated and will just not connect with newer generations but there also is enough of the jokes that still land that it will overall work for most people.

Of course the plot isn't the most engaging and the film isn't super deep or impactful. But I had a legitimately great time with Austin Powers: International Man of Mystery. This is a shockingly smart and clever film that had me audibly laughing and having a good time. Especially if the classic Sean Connery Bond films are fresh in your mind I think most will also have a good time revisiting this film. Sadly this is the only film from the Austin Powers trilogy that I managed to fit into my schedule for this series but I would be super open to checking out the other two films in the future. Let's just hope the upcoming Bond films can become half as enjoyable as this film was.