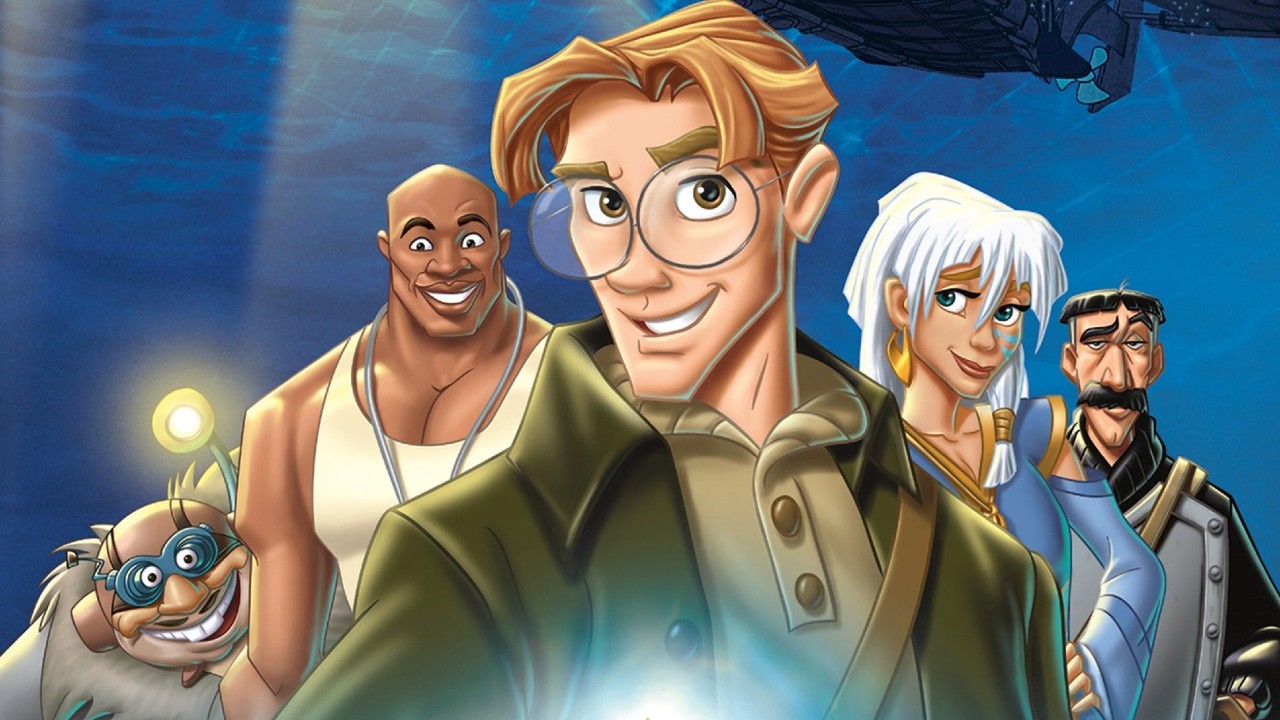 With the animation landscape growing increasingly competitive and the established Disney magic seeming to start to run rather low, the early 2000s saw the studio go into a mindset of experimentation to try and find new audiences. One of the results of this endeavor was Atlantis: The Lost Empire. Following a young man named Milo (Michael J. Fox) who finally gets an opportunity to lead an expedition to find the titular lost city of Atlantis, Atlantis: The Lost Empire is Disney's attempt at a more mature and gritty animated feature with more violence and tragedy than most would expect from the studio up to this point. While the film undeniably has its positives, the final product is clearly lacking with a rather terrible main story that fails to find the same inspiration as the film's chosen style.

From the opening frames of the film, it is clear that the technical backbone of Atlantis: The Lost Empire is nothing short of spectacular. Using a unique animation style that allows for a far grander scale and plenty of intensity, the visuals of the film are memorable and captivating. The character animation especially never feels like it is just going through the expected motions, but instead, truly feel like a group of animators trying to find something new and fresh. The introduced iconography is equally strong as both the tools that are used to explore this mysterious world and the inhabitants of it contain wonderful uses of color and design that truly feel iconic.

The voice acting is another clear positive. Michael J. Fox is fantastic as the film's protagonist with an earnest heart and genuine charisma. James Garner is effective as the more brooding antagonist who often lets his ego get in the way of seeing what is true and right. All the side characters feel well developed with unique personalities being put on display by their performers while Cree Summer succeeds in the role of Princess Kidagakash "Kida" Nedakh and her chemistry with Fox is one of the stronger dynamics within the feature. These characters are compelling and feel worthy of a larger feature, something the actual narrative itself struggles with.

As soon as the general ideas of the film are presented, the audience will know exactly what the film is going to do with the film making no effort to subvert expectations. This is as average of a narrative one can get with a story like this. Of course there is going to be a villainous turn and of course it is going to be up to Milo to save the people of Atlantis who are shown no empathy or compassion for their home or society. While on paper the emotions of this story is still worthy, the execution of it is dull and lifeless.  Outside of the visual representation of this story, the film feels like it is simply going through the motions. The introduction to Miles and the struggles of him getting approval for the expedition is also a strange choice as it ultimately proves to be meaningless for the story and only adds a bizarre extra layer of conflict that sees yet another underwhelming conclusion.

While the style and technical ability of Atlantis: The Lost Empire is clear, the bland storytelling and the overused emotional beats cause the film to ultimately become forgettable and dull. What should be a clean and thrilling 95-minute adventure drags tremendously and it is sad to see such inspired filmmaking get wasted on such an average overall effort.
Become a Patron!