Life on the ice: 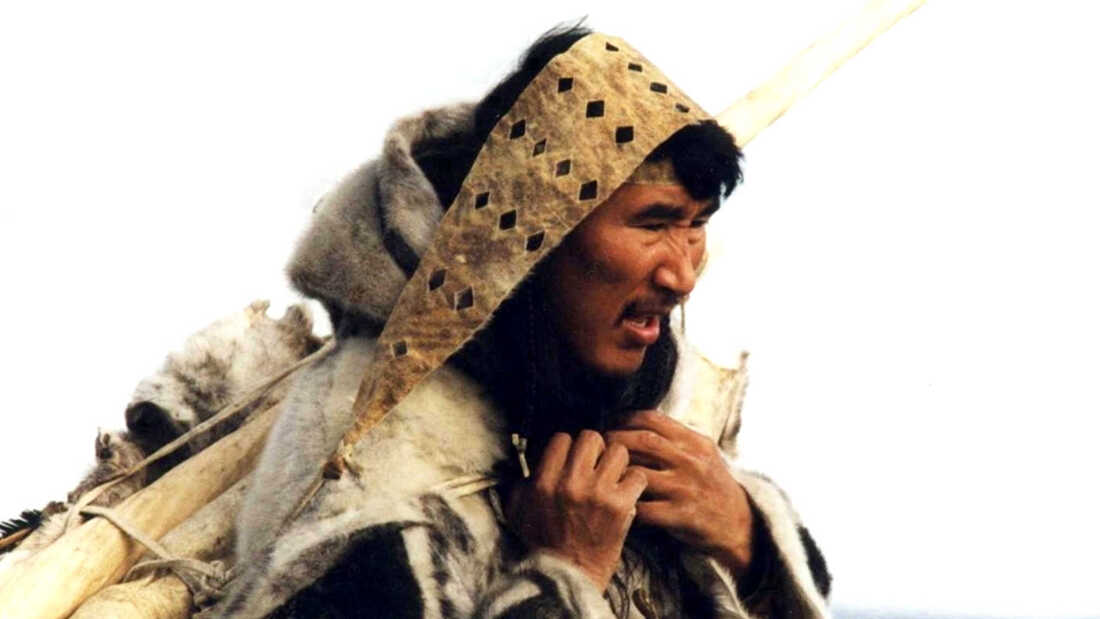 Often considered to be one of the best Canadian films of all time, Zacharias Kunuk's Atanarjuat: The Fast Runner is one of the more unique features out there. Not only was it the first feature film ever to be written, directed, and acted entirely in the Inuktitut language but the filmmaking behind the feature used a shockingly low budget alongside nontraditional ideas such as using non-actors and using as many natural elements as possible. Where on paper the sheer determination and inspired efforts that went into the film are nothing short of commendable, the final product is not without its flaws.

Beginning with the positives, one has to praise the authenticity of the film. Telling a real-life Inuit legend using authentic voices and locations, Atanarjuat: The Fast Runner has a rather masterful ability to transport audiences into its world. From the cold seemingly endless tundra to the warmth found in an igloo filled with friends and family, when it comes to building atmosphere Atanarjuat: The Fast Runner is undeniable. For the inexperience of the actors within the film the performances all around are also quite fantastic. Raw and seemingly honest, this is once again an area of the film that feels alive and real. At its best, Atanarjuat: The Fast Runner truly feels like a transformative experience that sucks the audience out of whatever space they are watching the film and transports them into this environment which carries an authentic heart.

Sadly the film largely struggles to put its pieces together to create a worthwhile experience once it brings the audience into its setting. The immediate thing to stand out is the confusion felt within the visual dialogue the film presents. Way past the general lack in quality of the visuals in the film due to the camera the film is being shot on, the film never quite commits to a visual direction. The film bounces between deeply intimate shots of individuals and their emotions with large and distant landscape shots that show the drama at a cold distance. The film never fully decides which style of storytelling it wants to commit to between its intimate and distant identities which causes an all-around confused identity for the film to carry. Right as it engages the audience in a deeply personal and intimate development by putting the audience right in the center of an emotional conversation it pulls away and asks the audience to then appreciate the story from far away. It just doesn't add up and consistently pulls the audience out of the feature.

This is one of the many reasons that the 172-minute runtime that the film carries feels as painful as it does. The audience is never able to fully lose themselves in the film's plot to not notice the length of the runtime and it ends up passing quite slowly. This is also due to the lack of justification within the plot for this length. There simply is not enough content within the plot the film is telling to fill this length so there are countless scenes that feel meaningless to the narrative that go on for far too long. This is where the film feels the most confused. In an effort to get funding for the feature the production company behind the film claimed that where it would be a narrative film, it would also carry pieces of being a documentary celebrating and showcasing Inuit culture and mythology. Where one could claim that these extra unneeded scenes carry the purpose of simply showcasing Inuit life, the experience of intrigue found in a documentary is nowhere to be found here. By crafting a narrative for the film to follow with fictionalized characters, the film clearly distances itself from reality. If the film was an honest documentary there would be a weight to the more casual scenes that are shown as it would be capturing real life, being that it is instead capturing fiction (even if that fiction is based on real-life), that intrigue is gone and all that is left is an overall boring sensation.

Ultimately, Atanarjuat: The Fast Runner is a film that is easier to respect than it is to enjoy. Where the ideas behind the film and its production are inspired and speak to the sheer determination of the filmmakers behind it, the viewing experience of the film is rather lackluster. Where the world-building is solid and the story has its moments, the narrative is so drawn out that the experience will be lackluster for the majority of audiences.