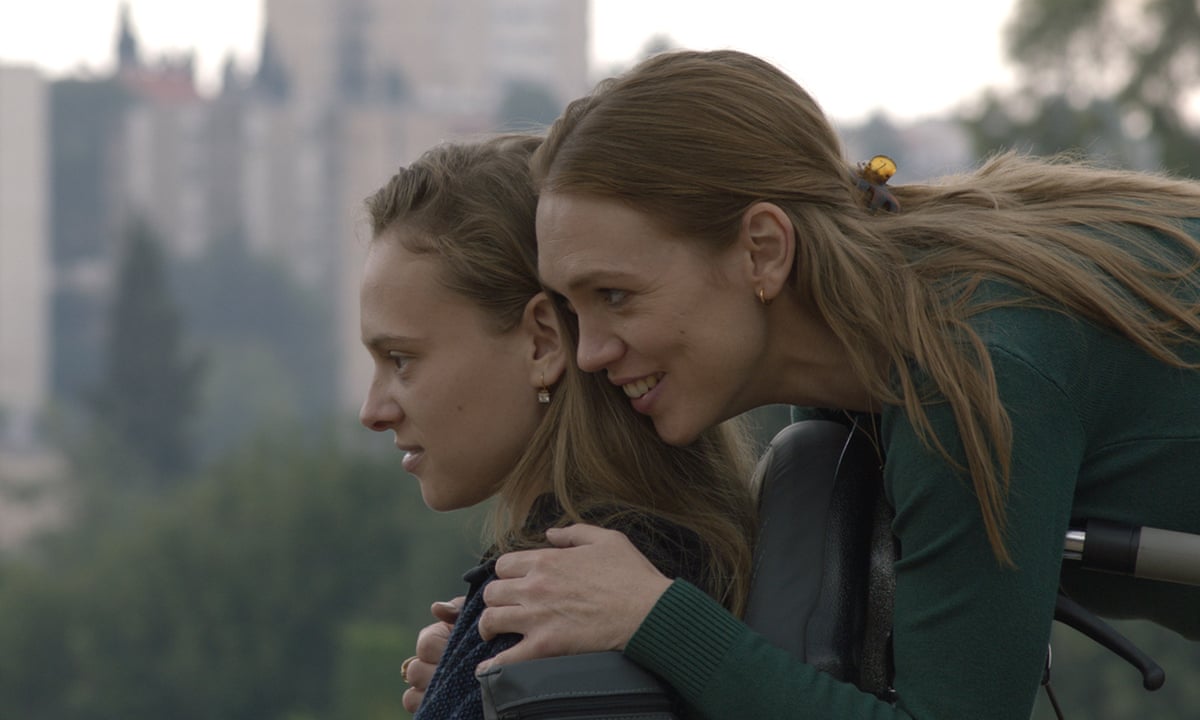 The terminal illness of a loved one can be one of the hardest situations to endure. Slowly having to see them fade away in a slow and relentless march towards death can be cruel and devastating as it is in the center of Ruthy Pribar's feature directorial debut Asia which has been selected as Israel's official entry for the Best International Feature category at the 2021 Academy Awards. Following a woman named Asia (Alena Yiv) who has to come to terms with her 17-year old daughters declining health by both accepting the tragedy on the horizon while making the most out of the time they have left; Asia is nothing short of devastating.

The immediate thing to bring the emotional weight within the film to life are the performances within the feature. It wouldn't be a stretch to say that both Alena Yiv and Shira Haas give two of the best performances of the entire year. Authentic and complex, the facade of joy with the backbone of their inevitable pain is stunning. There is a genuine life behind these performances with both connecting not just wonderfully with each other but also on deeply personal levels. Where much of the film are these two coming to terms with the situation they find themselves in together, ultimately the film is also largely individual. Each character has their own life to live and ultimately have to balance rewarding their own fleeting happiness with fulfilling the needs of each other. Asia builds a layered and unique lens within the conversation of loss that helps the film stand out among other films with similar stories and build nuance not previously seen on the big screen.

Where the film is brought to life by the performances from Alena Yiv and Shira Haas, the screenplay also coming from Ruthy Pribar is largely part of the reason these performances stand out as much as they do. Despite the film having an obvious element of extreme emotion, the film never pushes too hard when it comes to the expression of that emotion. Largely the pain and drama is felt due to the silence and thoughtfulness that the film provides. Rather than simply telling the audience how these characters feel through obvious dialogue scenes or large outward purges of emotion, the film brings to life the inner emotions and feelings that these characters are feeling. The film says so much without actually using words at all, the longing stare from Asia watching her daughter live her life knowing that there is no guarantee for a tomorrow says more than any piece of dialogue could. This mindset of the film also speaks to a more truthful representation of the human experience. The truth is even in the largest of emotional moments, life isn't loud and cinematic. Emotions and pain are often felt through silence and Asia captures that with a painful honesty.

The skill of the screenplay isn't just in this quietness but in its ability to get big and loud when needed. Without betraying this quiet capturing of the human experience, when the film needs to evolve and really hit the audience with a gut-punch of emotion the film succeeds in spectacular fashion. Asia stands confident and profound throughout every minute of its clean 85-minute runtime. When dealing with such a powerful emotional plot piece, it would be incredibly easy for the film to lose focus and become just another basic look at loss and the process of acceptance one has when saying goodbye but the film never lets go of its inspired focus. To say that Asia is impressive as both a feature directorial and screenwriting debut from Ruthy Pribar is an understatement. Pribar immediately proves herself as a passionate and beyond capable filmmaker who is confident in her vision and is not afraid to defy expectations. It is clear with Asia that Pribar easily could become one of the most intriguing and powerful filmmakers working today and is undeniably a voice to watch moving forward.

Asia might not be an easy film to sit through with its honest interpretation of the relationship between pain and love, but it is without a doubt one of the best films of the year. Every piece of the film from the acting to screenplay is performing at an insanely high level and is some of the best work seen this year in film. Asia is nothing short of a masterpiece and truly speaks to the power and worthiness of international cinema.