no child left behind:
​
arthur christmas 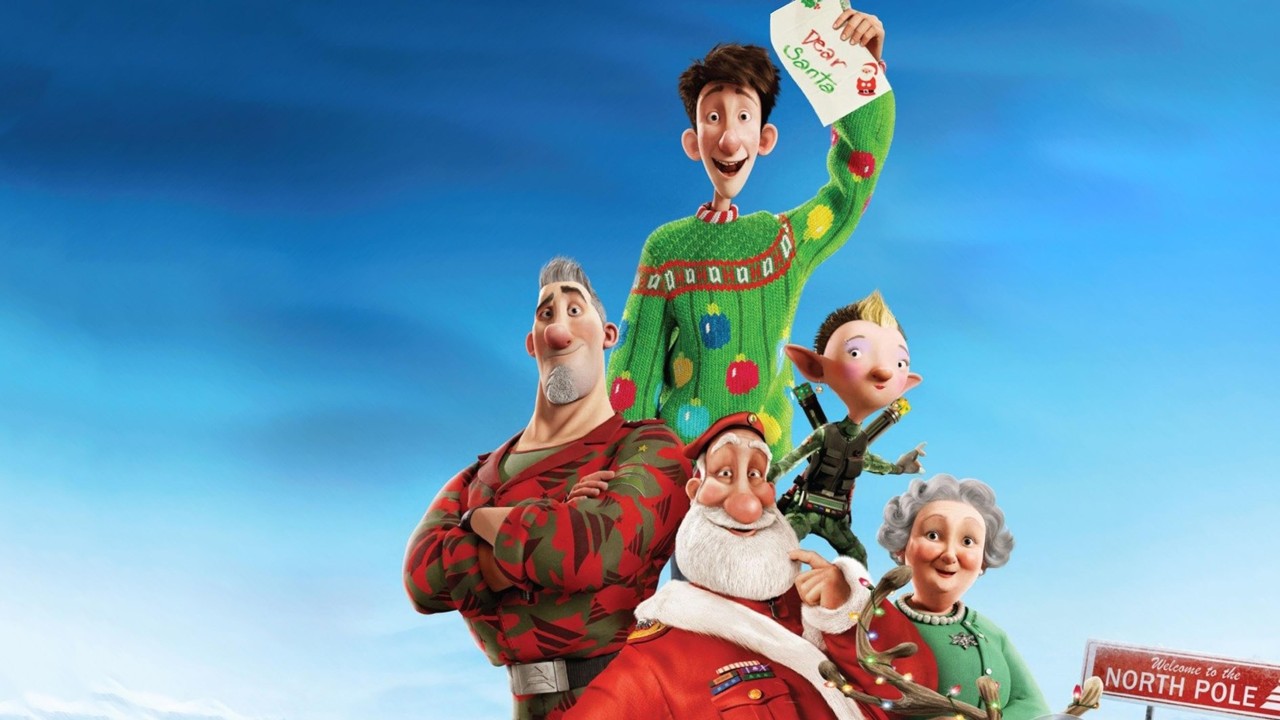 While the 2010's saw a massive boom not just in the animation industry but also the attention given by both critics and the general audience to the animation industry, some films naturally got lost in the shuffle with one of the biggest losses being Arthur Christmas. While Sarah Smith's 2011 feature got good attention on release, the film has sadly fallen out of the zeitgeist which is a shame as it is both one of the strongest animated and Christmas texts to come this decade. Transporting the audience to a technologically advanced North Pole where the modern generation of Santa (Jim Broadbent) and his oldest son Steve (Hugh Laurie) run Christmas operations to an exact precision, the film sees Santa's younger son Arthur (James McAvoy) team up with an elf and the previous Santa to deliver a present missed before Christmas morning.

Since the beginning of the portrayal of Christmas on screen, the Christmas lore has largely remained unchallenged and unchanged. While this has allowed a timeless identity for films that use this lore and iconography, it is refreshing to see a film that is willing to push this world into something new. Seeing the North Pole be redesigned by modern technology allows for plenty of fresh jokes and entertaining visuals while also allowing for the emotions of the film to poke through rather strongly.

Every character within Arthur Christmas doesn't just have an arc but has a believable and compelling arc that goes far above and beyond most other animated films from this time. Santa is dealing with the fact that he is getting old and is going to have to step down, Steve is anticipating his rise to the position but is becoming frustrated with his father's unwillingness to step down, Arthur truly cares about the spirit of Christmas and wants to make every child have the most magical experience possible. While every arc might not be the deepest or layered, each works incredibly well thanks to a mixture of strong performances and writing. Even Arthur whose more innocent perspective is based on holiday magic becomes a really moving and compelling journey as his passion and authenticity are undeniable. It feels like the characters in the film care and as a result, the audience gets sucked into caring themselves.

The comedy in Arthur Christmas is also genuinely funny. While yes there are some cheap jokes thrown here and there, there is an overall inspired feeling to the humor that is smart and effective. So much of the time, the animated kids' genre falls back on cheap jokes that never are that funny or entertaining but in Arthur Christmas, nearly everything lands how it is designed. It also is nice to see a film that so clearly knows how to work jokes and drama together without having to sacrifice either side of the coin. The film can transition naturally from being funny to being dramatic with little to no issues when it comes to tone or focus. This is yet another area where the craft behind the scenes is clearly felt as it feels like the filmmakers truly cared about the project and making it as good as it possibly could be.

If there was one issue with the film it would simply be some of the animation. This era of animation was in a strange place of change as CGI started to be used more but the quality was quite lacking leading to visuals that simply do not age well. While there still is plenty within Arthur Christmas that looks good, it is a common occurrence for a character animation to look off or for backgrounds to feel cheap. While this is a rather innocent mistake that speaks larger to the era it was made in rather than the failure of anyone behind the scenes, it is an undeniable factor on the viewing experience today as the standard for animation has grown significantly in just a short decade.

When it comes to modern holiday texts in general, Arthur Christmas is a clear standout. The passion and craft for the film is so refreshing to see both for its identity as a children's animated feature and a modern holiday feature. These genres both get often disregarded and are often given little expectation to be something great but Arthur Christmas proves the potential for each of these genres and stands to this day as one of the strongest additions to each of the mentioned genres from the past decade.