can you crack it?:
​
army of thieves ​movie review
​
​by carson timar 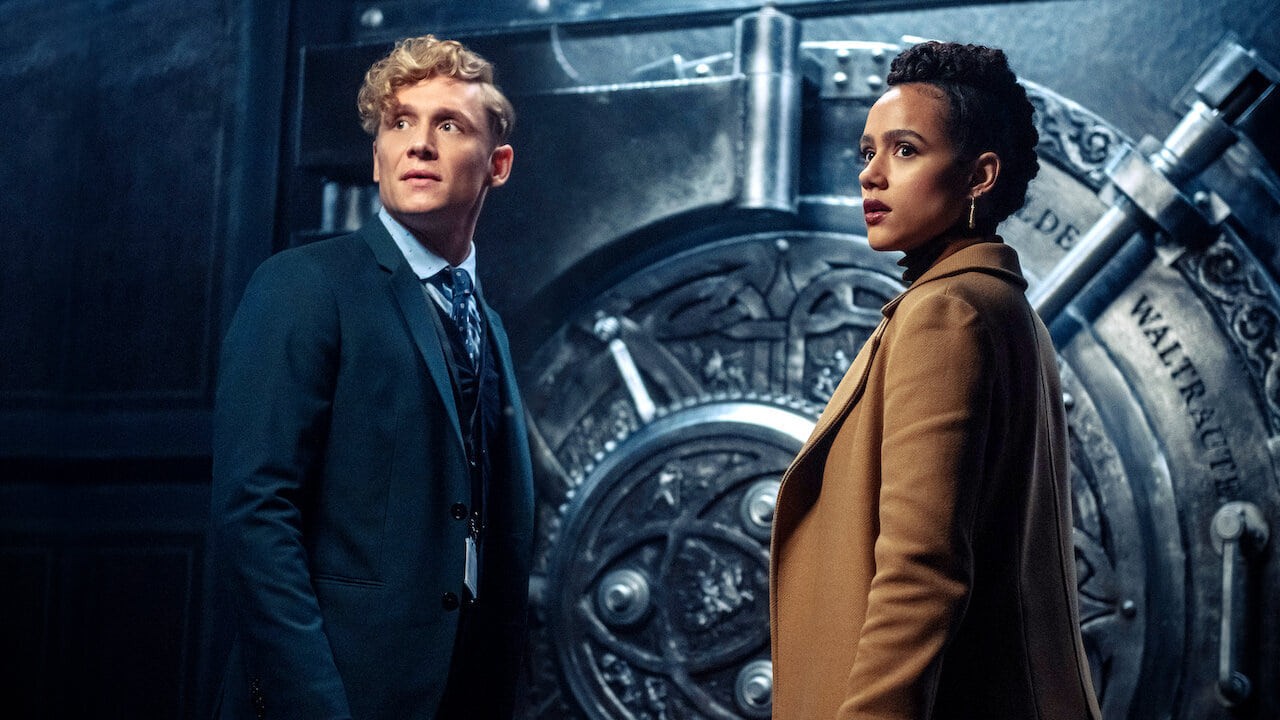 Coming just 5 short months after Army of the Dead, the new Netflix franchise continues with a prequel film titled Army of Thieves. Seeing Matthias Schweighöfer not just return to the franchise with his now lead character of Ludwig Dieter but also as director, Army of Thieves sees Dieter venture out into the world of criminal safecracking as the early days of a zombie apocalypse is realized. While fans of Army of the Dead will more than likely face disappointment as Army of Thieves acts almost entirely as its own entity in both plot and genre, the film feels overall like a drastic improvement over that first film with the chemistry and energy the first film was severely lacking.

The first piece of making this heist successful is its characters. While Army of the Dead struggled to create a strong perspective to engage the audience, Army of Thieves succeeds with Matthias Schweighöfer stepping up to the leading role with a confidence and energy. Simply put, the character of Dieter is a fun character to be around and makes the film immensely more watchable than the first film. He is quirky but never feels forced or limiting for the screenplay or performance. It feels rather clear that Schweighöfer has a passion and vision for his character and he brings a heart and care to how he crafts the film around Dieter.

It undeniably helps that the lore of the world and the film's plot is rather engaging. Seeing Dieter tackle a series of safes meant to be near impossible to crack with the threat of combustion if one fails adds a fun level of stakes and lore to the plot of the film that is engaging even if a bit light. Even if the film ultimately fails to reinvent the genre it belongs to, it clearly is not simply just going through the motions of the genre either and is instead trying to give something unique. This goal is simple enough to follow and gives the film structure playing nicely with the film's lack of larger stakes considering its prequel status. If anything, it's the film's identity of being a prequel that feels like the only mismatched piece of the plot. It feels rather awkward to have something like a zombie outbreak casually brought up in dialogue and the known fact that the film has to end in a position that makes sense for the sequel undercuts much of the film's drama.

The only other area where it feels like some will be left cold by the feature is simply its more basic nature. The film follows many of the conventions of the heist genre and while it is an undeniably strong outing for the genre, it is in no way super fresh or definitive when it comes to delivery. While this does not necessarily hurt the film when it comes to execution in the moment, it does make the film fade rather quickly when it comes to staying in memory of audience members after the runtime ends. It also is beyond clear that the film has no business being 127-minutes and definitely could have been a more focused 95-minute adventure.

Overall, Army of Thieves is an undeniably watchable film that while maybe overall unremarkable when put into the context of what Netflix has to offer overall, is a clear step up from the rather disappointing Army of the Dead. One can hope that the franchise moving forward will contain more of the chemistry and energy of this film but with Snyder returning for the next feature titled Planet of the Dead, this remains to be seen.