argo movie review by carson timar
​(best of the decade)

Often underrated, Ben Affleck has proven throughout his career to be talented in not just acting but also screenwriting and directing. Where he has impressed many in each of these areas over his career, easily his biggest moment in the awards season race was with his 2012 directorial effort Argo. Telling the true story of CIA officer Tony Mendez (Ben Affleck) who fakes a film production to get into Iran and rescue six U.S. Embassy employees hiding out after the embassy was taken over and the rest of the staff was taken hostage, Argo was both a huge critical and financial hit even taking home Best Picture at the Academy Awards. 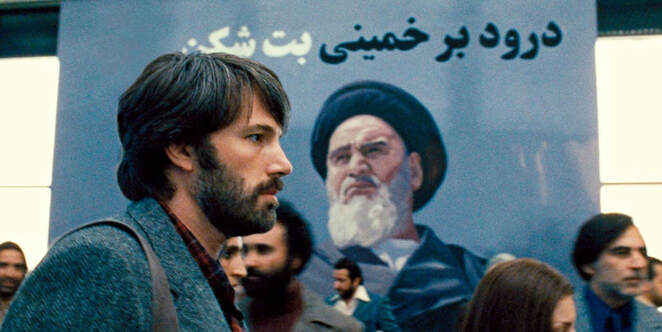 Easily one of the biggest highlights of the film is the voice it has. Feeling very similar to recent screenplays by Adam McKay, the screenplay for Argo from Chris Terrio takes the story of a real-life event and tells it in a personable and entertaining way that values the comedy nearly as much as it does the tension. It is extremely easy to be sucked into the plot and buy into the characters and stakes. A lesser screenplay easily could try way too hard to push the stakes of the situation feeling forced and dull, Argo instead feels fresh and perfectly walks the tightrope between pushing the tension without overdoing it. The one area where it feels like the screenplay does go a bit too far with trying to add conflict is within the characters. The group of individuals that Tony is trying to save are well aware of the risks involved in their plan to escape and actively are against their plans. Without devoting the proper time needed to truly explore these decisions and the characters making them, it feels like an underdeveloped and unneeded roadblock that ultimately adds very little to the film overall.

Despite this small setback, another highlight of the film is undoubtedly the acting. Where there is no actor that gives a truly transformative experience providing something completely unexpected, actors like Ben Affleck, Bryan Cranston, and John Goodman give the traditional solid performances that are both entertaining and effective on a deeper level which has been seen throughout their careers. The dialogue within the film due is not always the easiest to pull off with the constant varying goals and tones of the scenes balancing the tension and entertainment so the fact that the performances are as good as they are is impressive on its own 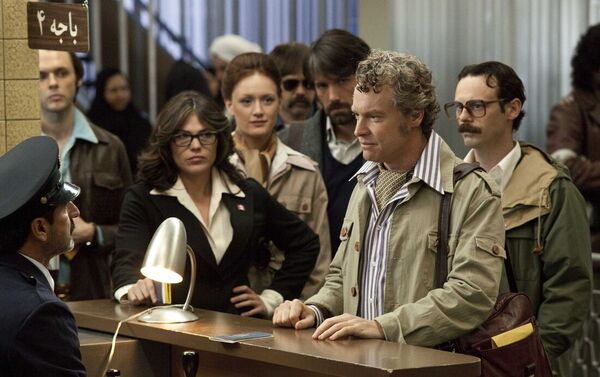 Not just is the screenplay engaging but the actual filmmaking is on its own. The cinematography from Rodrigo Prieto is incredibly smart not just in shot composition but also in overall visual style. From the chaos of the embargo being taken over to the constant tension inside the airport while the group attempts to make their escape, the film consistently uses visuals to help control the tone and energy of each scene in an effective and clever manner. Where the score itself isn't super memorable, it serves as yet another impressive showcase for the range of Alexandre Desplat who continues to choose completely different sounding projects with no end in sight.
​

It is easy to downplay the talent of Argo when compared to the other standout films it overcame in the 2012-2013 awards season, but it is just wrong to say the film is bad in really any way. Sure the screenplay could have been a bit cleaned up, but overall this film is effective and engaging not only being a captivating film on its own, but also is important for how it affected the future of films like it. If it hadn't been for the successes of Argo, it is questionable if the large amount of stylistic and more charismatic real-world stories such as the ones featured in films such as The Big Sick and Bombshell would have followed suit. Where Argo might not take home the honor of being called the best of the decade, it is undoubtedly enjoyable and important when looking at the decade in cinema overall.