the weather outside is

anna and the apocalypse 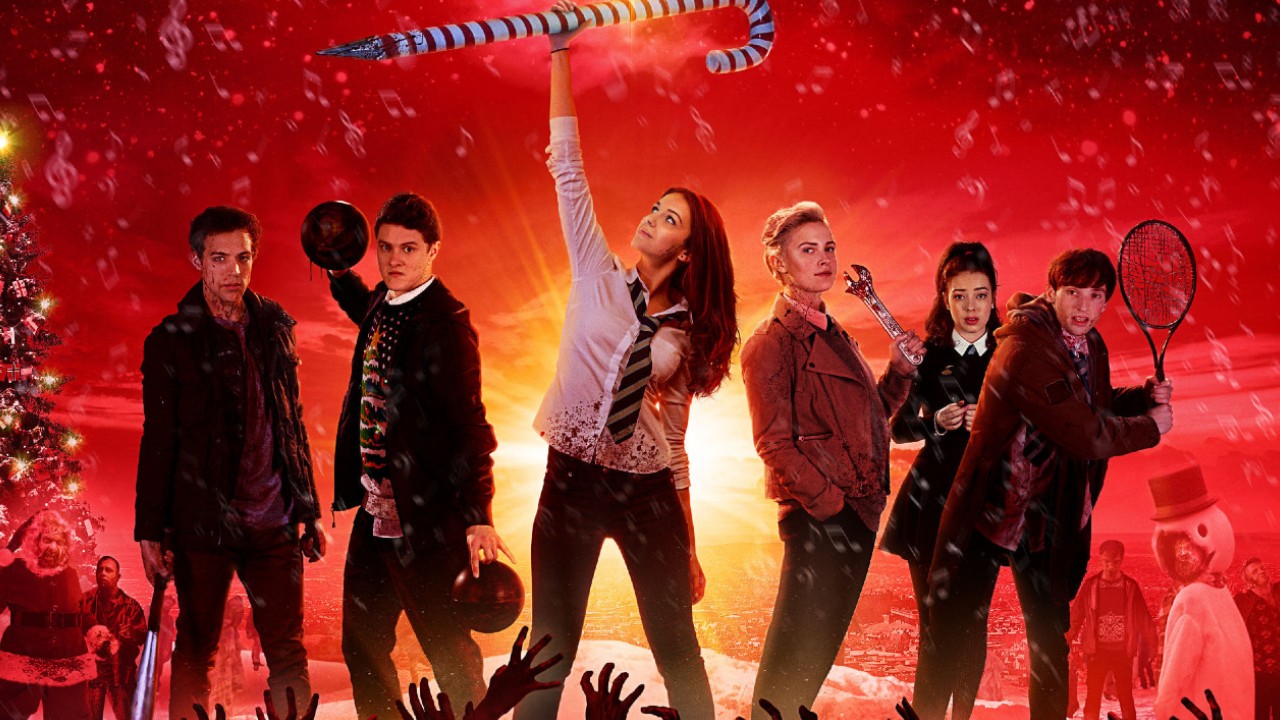 On release in 2017, it seemed like everyone and their mother found a way to watch Anna and the Apocalypse and quickly the film became regarded as one of the most unique and best modern Christmas texts. Following a teenager named Anna (Ella Hunt) who has to team up with her classmates once the zombie apocalypse hits one holiday season, Anna and the Apocalypse blends the genres of Christmas drama, zombie thriller, and movie musical. While John McPhail's feature is undeniably ambitious but on reflection doesn't quite have the capability to handle all of its moving parts.

First speaking to the positives of the film, the idea inherently for this world is fun and clever. Seeing the Christmas iconography get blended with the Zombie apocalypse iconography leads to the film's biggest laughs and moments of entertainment. There is a clear juxtaposition between the clean and happy holiday world and the much darker world of death and danger which come together nicely and work hand in hand to create something inspired and fresh. This is perhaps the best thing about these two worlds coming together, in a time where both the holiday and zombie genres have been respectfully done to death, the film provides an outlet for something new within each of these genres which is incredibly refreshing. Sure the film might not fully capitalize on the possibilities here, but the fact that it even has some of this was a clear highlight.

Sadly, instead of focusing on this dynamic the film decides to push even further and make itself a musical. This is where the film begins to get clearly out of hand. The musical scenes often come out of nowhere and slow the film down to a depressing level. Maybe it is because the songs are not that good or because they don't really mean anything to the narrative, but everytime a song would start it felt like the film simply stopped for a couple of minutes. Not only does this ruin the pacing of the film and cause its pretty short 98-minute runtime to drag considerably but it also takes the audience out of any sort of atmosphere or engagement.

The other major fault are the characters in the film. While the world is fun to be in overall, the characters range from passable to annoying to be around. All feel incredibly hollow with uninteresting gimmicks and arcs carrying them throughout the feature. The performances also leave a lot to be desired with no one truly standing out or stealing the show. Maybe it was because of how much they had to deal with when it came to bringing the various genres of the film together and to life or maybe they are just not that good of actors, either way this is a crucial piece of making these genres work and the quality within Anna and the Apocalypse is lacking.

To be fair, even past the confusing identity of the film the writing of the film is simply not that good. As mentioned, every character arc and emotional lesson within the film falls incredibly flat. The comedy itself also commits the biggest crime a comedy could commit, it isn't funny. Sure the occasional line will strike the right beat and the visual humor is fine enough, but there are so many one liners and bits of dialogue clearly meant to be hysterical only to feel bland. Between the bad humor and the unneeded songs, it is no wonder why the film feels as boring and taxing as it does when it comes to its viewing experience.

For a film with so much potential, it is hard to look at Anna and the Apocalypse as anything but a massive disappointment. There are slight moments where everything lines up and it truly feels like the film knows what it is doing only for the film to quickly lose focus and spiral out of control. The final product is neither interesting or entertaining with it being hard to point to anything the film fully accomplishes. Had the film taken a more focused and simple route, it could have at least been "good" but as is, this is an apocalypse best to stay out of.