sounds of the city:

ALL THE STREETS ARE SILENT: THE

CONVERGENCE OF HIP HOP AND 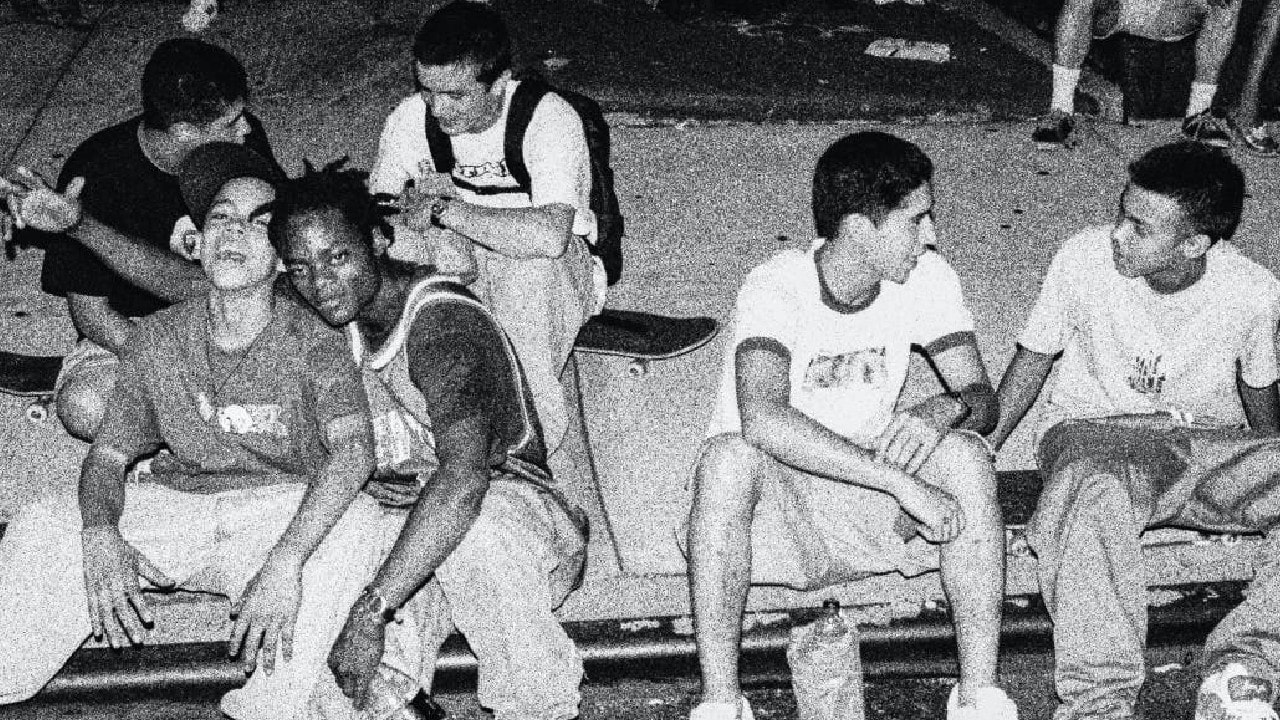 As the 2021 Tribeca Film Festival nears its conclusion, Jeremy Elkin's feature directorial debut All the Streets Are Silent: The Convergence of Hip Hop and Skateboarding (1987-1997) immediately stands out as one of the most engaging and structurally sound films to come from the festival so far. Capturing the chaotic yet inspiring era of hip hop and skateboarding colliding on the streets and within the culture of New York City, even for those who have never stepped foot in the city or experienced this era for themselves the film will baptize them into this culture and hook them with endless attitude and personality.

Using an incredibly strong blend of voices who lived the experience and primary sources such as photographs and videos of the time, All the Streets Are Silent: The Convergence of Hip Hop and Skateboarding (1987-1997) does a rather exceptional job at filling the feature to the brim with the same energy and soul of the era it is capturing. The endless angst yet ambition that defined the lives of these young men and women pushing the limits of their creativity and what they could get away with at the time is felt in the backbone of the documentary but is held together by the distance between this era and modern-day. The film is able to expand on the feelings of the time and analyze their identity and impact to find a meaningful and relevant thesis.

Particularly in how the film highlights the artistic results of this era, there is a genuinely quite powerful and confident message found within the film that speaks to a larger sense of purpose of art itself. From the clothing brand Zoo York to Larry Clark's 1995 masterpiece Kids, the film gives attention not just to what was happening inside of New York City but how it branched out beyond the city limits. This culture and its impact had a seismic impact that could be felt on a global level which speaks to the larger importance and power of culture as a concept even in its smallest scale. The film never attempts to minimize or glorify the impact and true takeaway of its subject and instead allows it to breathe and grow on its own in the same natural ways it did during the decade the film is highlighting. Not only is this approach incredibly natural for filmmaking but it also is quite engaging with the film never simply going through the motions or feeling dry as a documentary. It also simply feels authentic which is quite possibly the biggest achievement the film holds.

This accomplishment is felt as a result of multiple confident and impressive players behind the camera. The flexible yet controlled direction from director Jeremy Elkin is incredibly impressive considering this is his feature directorial debut outing and immediately proclaims him as an impressive and promising voice to watch out for within the genre. It is clear that the film is close to Elkin's heart as he not only serves as the director but also holds titles as a producer, cinematographer, and editor for the project. The editing especially is also a clear standout with the blending of archival and new footage being flawless.

While the documentary would clearly have a deeper impact on those who have a connection to this era and culture, All the Streets Are Silent: The Convergence of Hip Hop and Skateboarding (1987-1997) is impressive enough to be an easy recommendation to anyone. It does such a great job at building the world it is capturing and engaging the audience into its soul that the final result feels rather undeniable.