Being one of the most beloved Disney animated films it was only inevitable that there would be a lot of hate for a live-action remake. Especially with the trailers and early looks we got at the film it really pissed a lot of people off and overall the hype was definitely not there for this movie. Still though as an overall fan of these Disney remakes I went in with an open mind yet just like with Dumbo earlier this year it did not work for me at all really. This easily could go down as one of my worst films of the year as it was such a pain to get through and filled with so many missteps and disappointing elements. 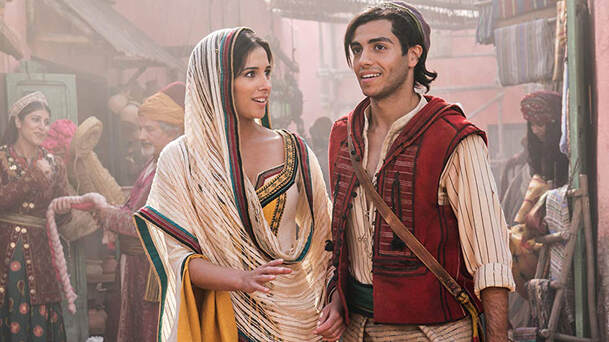 One of which is the acting which all around I feel like is pretty terrible. Now I do applaud this film for having such a diverse cast and feel like it deserves praise for their goals with their casting. With that being said the quality of the performances are so lifeless and bland. Aladdin is one of the most likable Disney characters out there and is one of the major reasons the original film is so much fun, that is why it's such a shame that Mena Massoud is so forgettable in this role. He had no charisma or energy behind him and completely failed to connect with his character or the audience. A lot of people are really getting behind Naomi Scott and where I do admit that she has her moments especially in a couple of different musical numbers she also felt pretty bland to me. There was a clear lack of chemistry between her and Massoud which ruins a huge element of this film. Marwan Kenzari is a complete miscast for Jafar also making the iconic villain forgettable and disappointing. The only good performance in this movie was Will Smith as the genie, he has fun with this character and where it isn't as iconic as Robin Williams it is a breath of fresh air compared to the other actors in this movie. 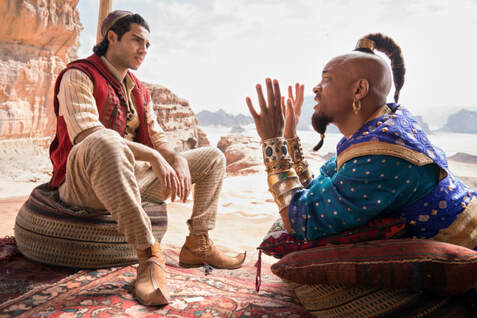 The story also comes off as bland and like they are just going   through the motions. The best Disney live-action remakes are the   ones that push the original stories into new directions such as   Cinderella, though even with films like Beauty and the Beast they   follow the same general story while adding a bit of new content   here and there that do add some more emotional depth. This   movie has none of that, the few additions they do add does   nothing to further explore the ideas present in this film and for   the most part, it feels like a very generic retelling of the first film   using a ton of the original script. It just has none of the fun of the   original movie. It is dull and I feel like a big part of that is that it is   live action. The over the top animation did so much for creating   the tone and energy of the original animated film that just can't be   replicated in a live action space. The direction that is given by Guy   Ritchie also is to blame. This movie is shot in extremely boring ways that do nothing to immerse the audience into its world. Really the only thing that stood out to me about this film was the costumes. They do a really good job at creating fun costumes that stand out against the boring world you see them in. Other than that though this movie was a flop for me. This is a shell of the original movie and I really can't recommend this for anyone. Save yourself a trip to the theater and just watch the original at home (or go support one of the many other great films in the theaters).