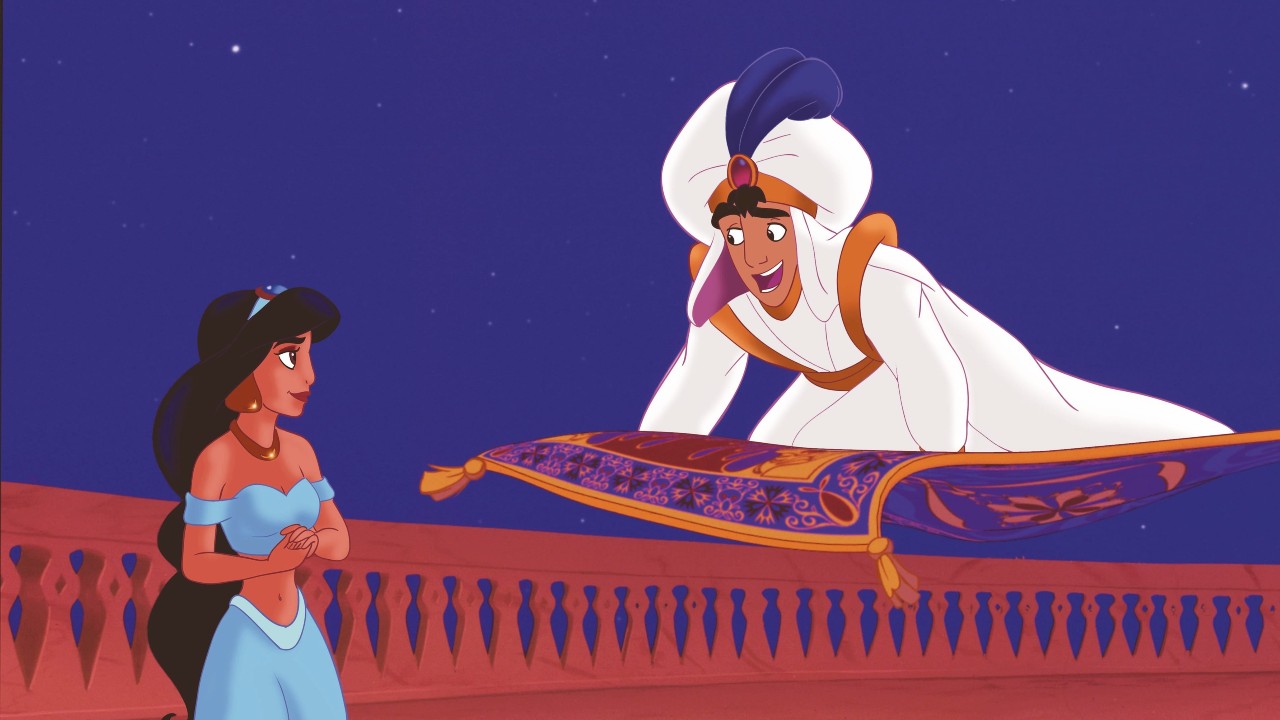 When it comes to Disney performances, it would be difficult to find many as iconic and memorable as Robin Williams in Aladdin as the Genie. Cited by many to be one of Disney's best overall features, Aladdin has become a cornerstone of Disney animation largely thanks to the memorable performance by Williams. Set in the fictional Middle Eastern city of Agrabah, Aladdin follows the titular character, voiced by Scott Weinger, as he goes from street urchin to prince with the help of a magical Genie in order to earn the heart of a princess named Jasmine (Linda Larkin). This journey and the craft behind the film made it an instant hit of the Disney Renaissance but in reflection, the film undoubtedly has its flaws becoming a more mixed effort than a masterpiece.

First speaking to what does work, there is no denying that the cast is one of Disney's best. While Robin Williams might be the most memorable of the bunch with his quick line delivery and endless charisma still holding up to this day, make no mistake that Aladdin is far from being a one-man-show. Scott Weinger gives one of the better portrayals of an innocent Disney protagonist with the emotional weight caused by his lies really shining through in his performance. He also has a genuine chemistry with Linda Larkin and their relationship is one of the stronger Disney romances that is often able to overcome some of its weaker writing. Jonathan Freeman is also undeniable as the villainous Jafar. Freeman is devilish and cunning with his words packing a poignant venom that never requires Freeman to break into a larger display of yelling. Instead, Freeman remains quiet with a calculated softness that is sure to send goosebumps down the spines of plenty of audience members. The one ugly duckling of the cast is Gilbert Gottfried as Jafar's sidekick parrot Iago. While Iago is far from being the worst Disney sidekick, Gottfried's performance just isn't that funny and feels incredibly forced when put next to the comedic talent of Williams.

The animation is also unbelievable. Aladdin defines itself with a unique color pallet filled with rich reds and memorable designs. From the beautiful landscapes to the quick character animation that gives another layer of energy to the Genie, the craft is undeniable. The songs of Aladdin are also quite memorable. While maybe there isn't any that truly would place on a list of Disney's best; the soundtrack is one of the more consistent to come from the studio with there not being a single song that truly stands as terrible or even really that forgettable.

It is in the story where the issues begin to arise. Specifically, the conflict within the film is simply not that engaging. While there is no denying that Jonathan Freeman is incredible as Jafar, the film's writing undercuts him as a villain at nearly every turn. Rather than showcasing Jafar as a crafty villain who uses his thoughts and mind to outwit his way to success, the film lazily throws him a magic staff that allows him to brainwash people into doing what he pleases. When this is taken care of, he is given more magical powers that simply makes him worthy of being the antagonist to the story without actually making Jafar that interesting or scary. It doesn't help that his actual goals and motivations are simply uncomfortable with a major focus of his plan being him forcing Jasmine to fall in love with him without her consent. Jafar is nothing more than a shadow of great villains like Scar and shows a fundamental misunderstanding as to what made those other villains so threatening and memorable.

The climax of the film is also just incredibly rushed. Clocking in at a clean 90-minutes, Aladdin spends a lot of time setting relationships up and setting up the third act conflict only to seemingly run out of time and wrap everything up quickly in an incredibly underwhelming fashion. Even though some of the ideas present in how Aladdin finally overcomes the odds are solid, they are not given enough time to truly build and the final wrap up lacks the gravitas it clearly deserves. It also doesn’t help that the film clearly draws quite a bit from the conflict in 1989’s The Little Mermaid with the presence and threat of Jafar being undeniably similar to the threat and presence of Ursula. A simple change of location and iconography isn’t enough to make these two stand apart or feel unique.

While it is easy to see why Aladdin has become such an iconic Disney effort, it feels obvious that the film is simply not one of the studio's best works. While the cast and animation remain the works of geniuses, the story ultimately struggles with flawed ideas and executions ultimately hurting the film's final potential. The film is still fun, but it is hard to say that the emotional impact it has is anything that impressive.
Become a Patron!