A Tale of Possession: 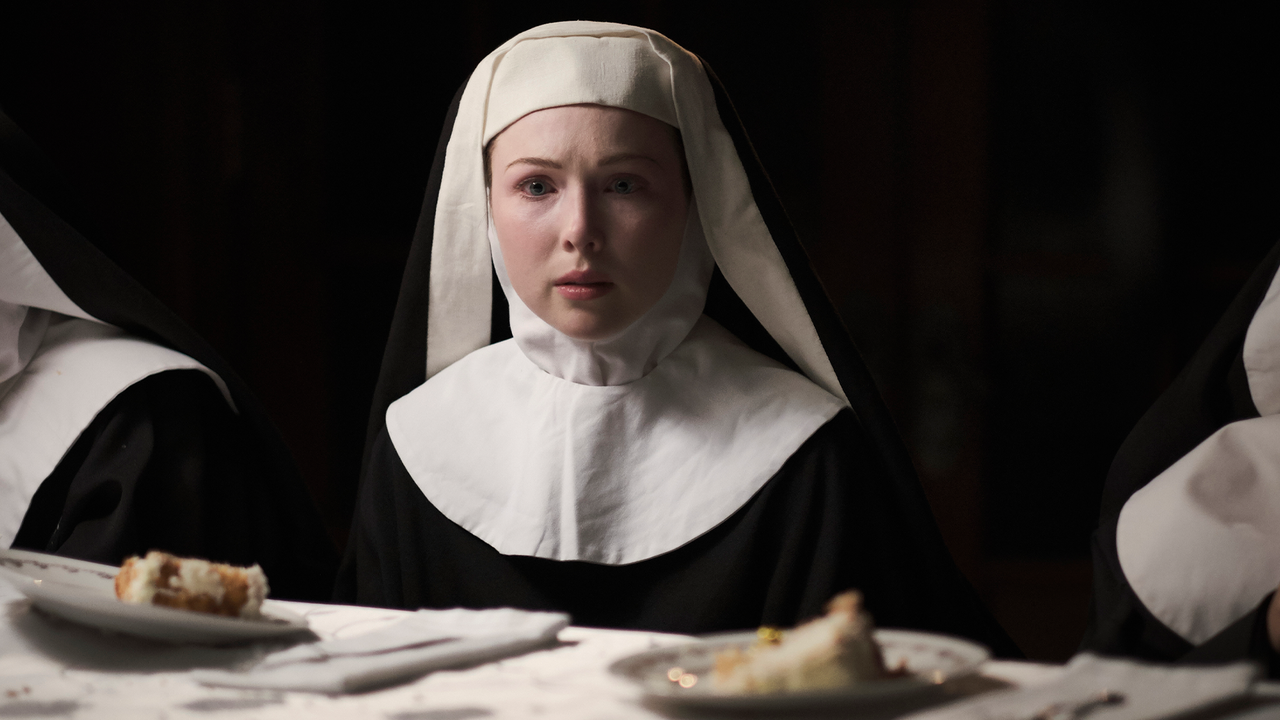 Streaming as part of the 2021 Tribeca Film Festival, Mickey Reece's newest feature Agnes blends demonic horror and comedy to a solid final result. Taking place at a religious convent where one of the nuns has been rumored to have fallen under demonic possession, Agnes seemingly walks the line between genuine religious horror with deeper questions of morality and being a campy fun dark comedy without ever fully defining itself by either definition.

From the immediate opening of the film which features the supposedly possessed nun Agnes (Hayley McFarland) lashing out at those around her, it is hard not to find humor in the often dry yet over the top delivery of the film's screenplay. Throughout the film's 93-minute runtime, whether intentional or not, the film carries a dark sense of awkwardness that triggers a naturally humous response from the audience causing Agnes to be a rather enjoyable watch overall. It is impossible not to chuckle at the small awkward bits of line delivery fueled by clearly comedically crafted pieces of the screenplay. Looking at Mickey Reece's filmography to date, it can be seen that Reece has worked on multiple comedic projects to date and clearly is using some of that experience to give a life to the presentation of Agnes.

Where on paper this is perfectly fine, it does get a bit confusing when seen in the context of the rest of the film. Not only is the film being marketed as a more serious horror drama, but the actual content is a bit strange at times for this sense of comedy. Looking past the sequences which clearly are meant to be more horrifying and disturbing, there also is a rather complex morality to the film and some of its characters such as a preacher who has been called to deal with this case of possession yet is also dealing with sexual abuse allegations put against him. The film tries to give this character a rather poignant depth but ultimately fails to do this story justice due to the presentation of nearly everything outside of it. Where normally it is easy to excuse a single storyline from not fully working, the weight of the actions this character is being accused of and the inclusion of that in general speaks to a larger misfire within the film's identity.

The emotional beats between certain characters are also a sign of this. For a film that balances both a horror and comedic identity, there is a rather surprising amount of quiet heart to hearts that feel rather powerful and honest. From the bits of humanity felt between Agnes and the other nuns to the relationship between the mentioned accused priest and his new apprentice, there is a genuine heart to Agnes that feels rather undeniable even if it adds yet another unique side to the film's identity. It is in these scenes where the performances really begin to shine with individuals like Hayley McFarland and Molly C. Quinn truly delivering some impressively authentic feeling performances.

Looking past what the film is trying to be and more analyzing what the film ends up being, it is safe to say that the positives of Agnes definitely outweigh the negatives of the feature. Overall, the film whether by design or by chance is able to mush its more serious and comedic identities together in a rather competent final project. Undeniably fun and watchable, for fans of dark comedy and fun horror films; Agnes is an easy recommendation and is absolutely worth seeking.