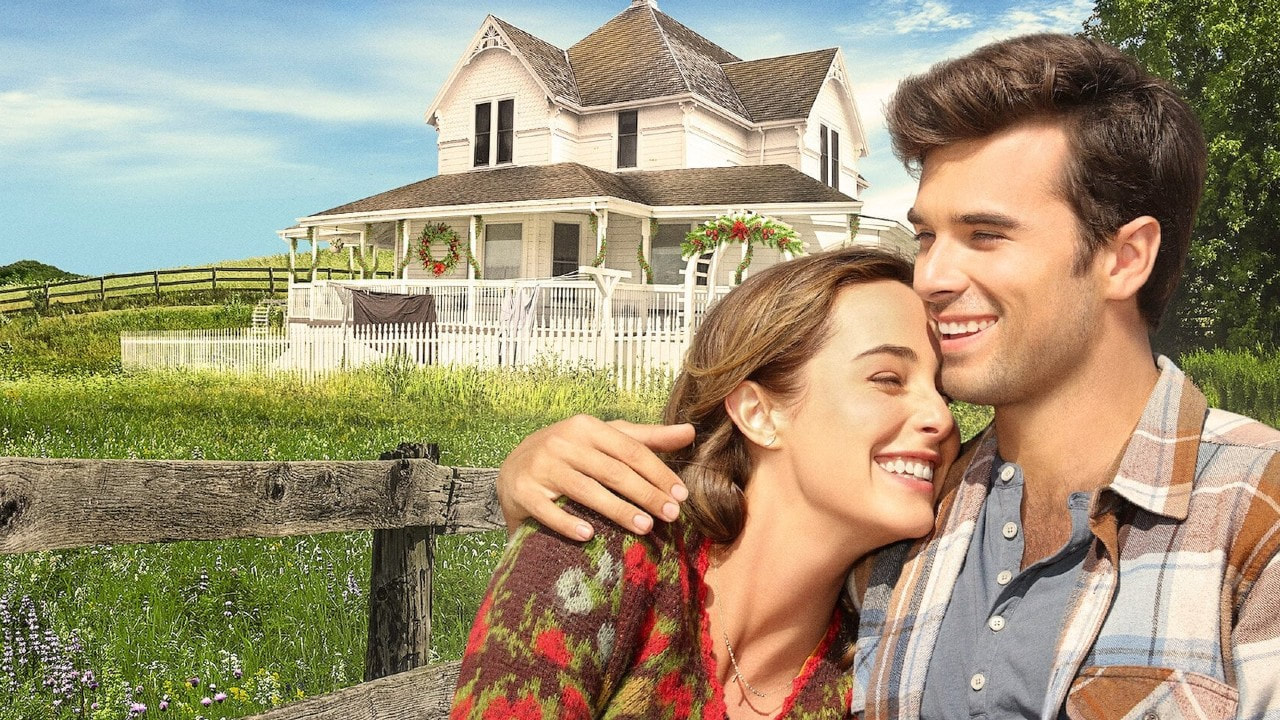 When glorifying happiness on-screen, potentially the two most popular avenues of subject come in the form of Christmas and California. While one is a potent blend of family love and capitalist spending, the other is an always sunny land of hopes and dreams. It isn't hard to see why the Netflix algorithm picked up on these two subjects and saw the potential in smashing them together resulting in the creation of A California Christmas. When one thinks of California, one often thinks of wealth which is definitely the lifestyle that Joseph Van Aston (Josh Swickard) belongs to. The businessman from San Francisco is trying to buy a local dairy farm but is facing issues so he travels to the farm himself and meets the kind Callie (Lauren Swickard). Callie is awaiting a new hire to help around the farm and Joseph is so taken back by her charm and the simplicity of the country that he decides to lie and claim he is that help to spend time with her and possibly even gain a new perspective on life itself.

While Netflix hasn't necessarily been known for its strong writing or quality stories when it comes to the holiday genre, it is almost shocking how terrible and stupid A California Christmas is. With some of the worst writing and filmmaking seen in the holiday genre as a whole, the film stands as an honest embarrassment to all parties even remotely involved. Every part of the film is a disaster with nothing being more shocking than how it fails its own premise. Outside of those who live in California, the vast majority of individuals who dream about one day visiting the Golden State would not put the rural countryside of the state on their itinerary or even probably know if its existence so to promise a clashing of California and Christmas aesthetics only to provide this seems laughable.

The story is also incredibly bland. The characters are walking shells of humans with every plot point and development feeling obvious and lifeless. There is a way to do predictable basic stories within a holiday feature but A California Christmas fails to find any of the joy or charm that would help its basic nature be forgiven. Even at only 107-minutes, the film is genuinely quite painful to sit through with nothing of reward or value being found at any turn. Even the Christmas aesthetic is lackluster with the major Christmas party feeling bleak and the film largely missing anything resembling a memorable holiday design.

It doesn't help that the filmmaking is atrocious. The cinematography within the film is some of the worst ever seen with the movie making no sense visually and seemingly carrying no craft. The shot composition is poor and the editing is equally disappointing. The film feels cheap and even at its worst moments, Netflix rarely produces something on this level of bad when it comes to even basic filmmaking. The one place of somewhat competence are the performances. While not good by any means, both Lorynn York and Josh Swickard are somewhat passable and are far from the level of performance someone like Tommy Wiseau. Their dialogue of course however is unredeemable bad and boring ruining any chance they had at being bright spots of the film overall.

While it might be foolish to expect anything truly groundbreaking or touching from a project called A California Christmas, one cannot be fully prepared for just how bad the final product turned out. The film fails on every accord and is a clear example of the holiday genre done to its absolute worst. The final takeaway from the film is clear: no matter how bored one is or how desperate one is for stupid holiday cheer, stay far away from A California Christmas.