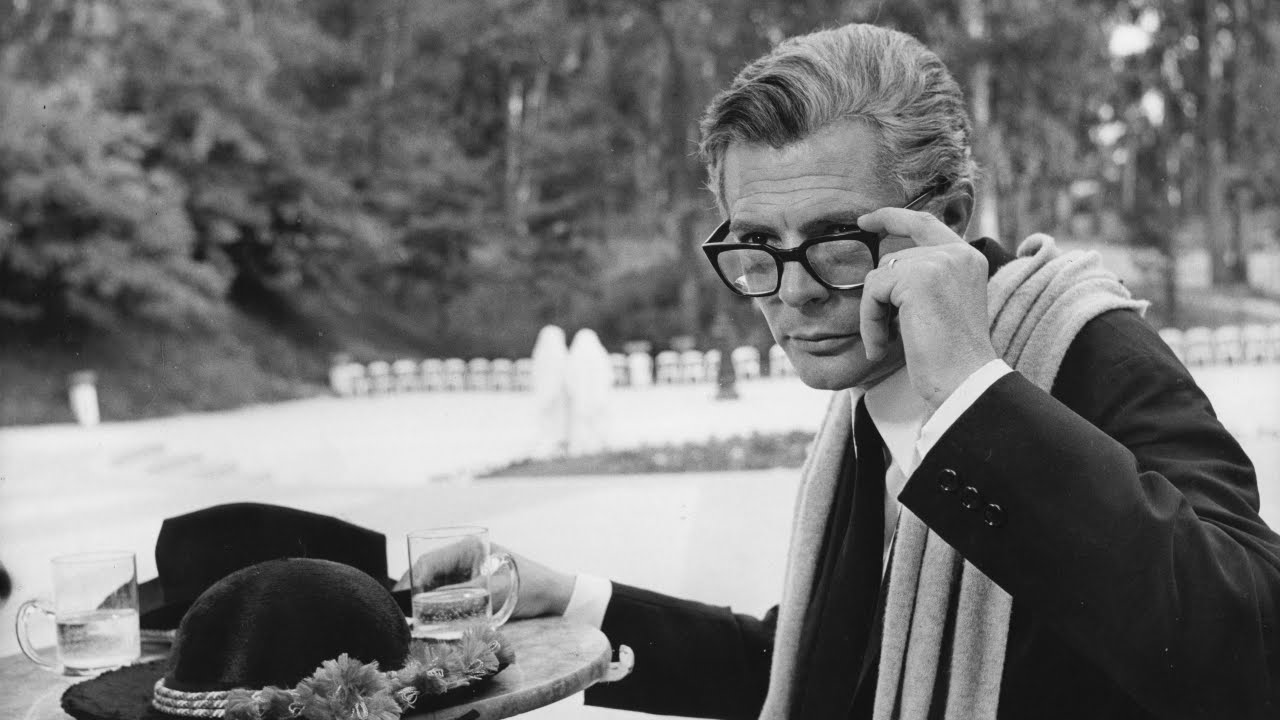 When it comes to films about the cinematic expression, Federico Fellini's 8½ has become regarded as a masterpiece. Following an aging filmmaker named Guido Anselmi (Marcello Mastroianni) who has decided to take a break from creating to rest and hopefully get over a creative slump he has found himself in, 8½ questions the soul of the artist and what can haunt its deepest corners.

8½ is a film that lives and dies with its lead character. Where there are larger themes at play, the film ultimately is a character study exploring not just the current state of Guido Anselmi but also flashing through his life finding what led him to be the way he is. Luckily for the film, the character of Guido Anselmi is quite an engaging character. Caught in a melancholic sadness that lacks any sense of negative pretentiousness, the journey inside Anselmi's head where his history and dreams blend with each other is seductive and moving. Brought to life by a subtle yet clearly crafted performance from Marcello Mastroianni which feels authentic in self-reflection even though the character is fictional.

Where the character of Guido Anselmi is one that feels captivating to dissect and try to understand, the film also helps the audience to get sucked in with an incredibly personable environment that is the perfect mix of joyful but also thoughtful. The almost bougie aesthetic that the film embraces is incredibly easy to get lost in and helps the audience get transported into this world with the character that the film is looking to understand. Rather than simply watching the world where these characters live, the audience feels these locations on a much deeper level and can connect to them on a deeper level because of this. Major props have to be given not just to the cinematography by Gianni Di Venanzo but also the production design and costumes that bring this world to life.

What truly makes the film stand out however is the larger breakthroughs that it reaches on the human experience. Character studies ultimately can serve two purposes, they can bring a historical figure to life with the hopes to inform audiences on their life stories or use an individual whether real or fictional to provide a catalyst for a deeper thematic exploration. Being a fictional character, naturally the story of Guido Anselmi falls into the latter of these two options. For being a film based so much in the emotion of depression and melancholic weight, 8½ surprisingly reaches a breakthrough that speaks to the brighter side of life. Without giving spoilers, 8½ at points serve as a love letter to love itself. It shows the importance of human connection and the balance between living life and focusing on passions. These points of discussion not only gives the film a real weight but also helps the 139-minute runtime that the film carries go by rather quickly and effortlessly. The film has a steady pace that knows when to sit with a scene even as simple as listening to the birds chirp in the trees above but also knows when to move on. There is a wonderful craft to the film that speaks both to the talents of Federico Fellini as a director and Leo Catozzo as an editor.

Where after a first watch 8½ might not be the all-time masterpiece it often is hyped up to be, it clearly is an exquisite film that truly feels like a work of art. The character of Guido Anselmi is both interesting on his own, but also is the perfect vehicle for the audience to find a deeper universal truth regarding the human experience that will stick with them long after the runtime ends. The craft within the film is undeniable and all around, 8½ clearly is something special.
​