i am an orphan and i am proud: 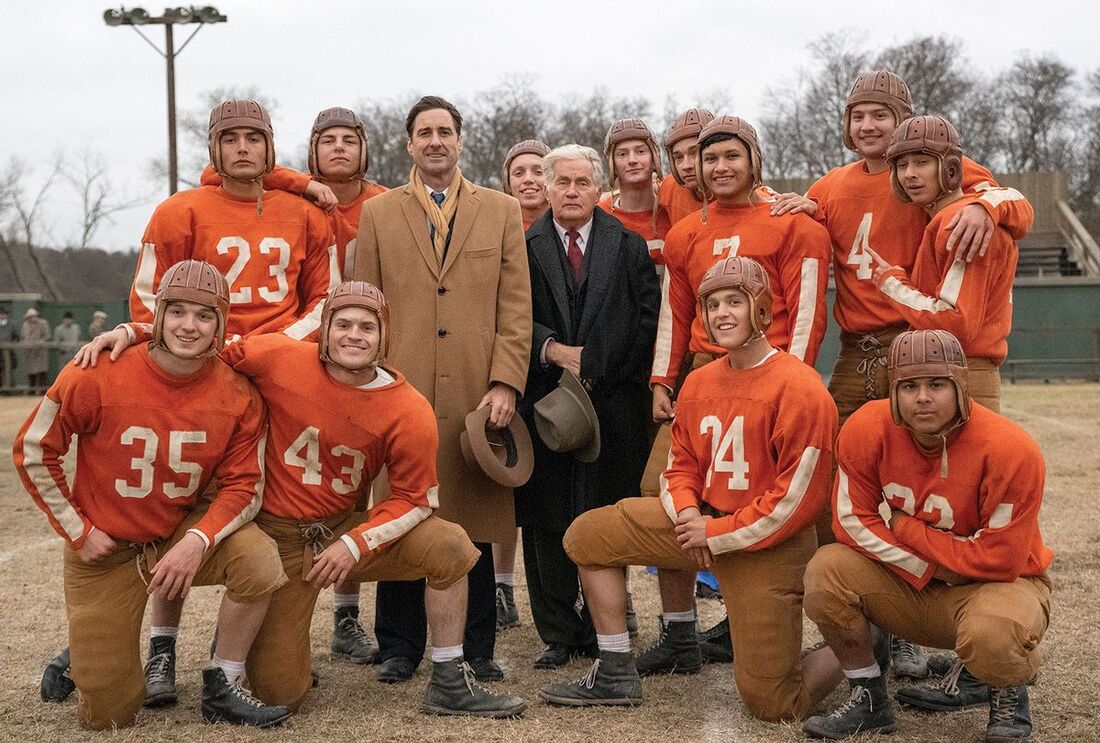 Playing as part of the 2021 Tribeca Film Festival; Ty Roberts's newest feature film 12 Mighty Orphans tells the story of the legendary and revolutionary Mighty Mites football team which saw 12 orphans battle endless adversity to reach the state championships of Texas High School Football during the great depression. Centering on the struggles and hardship of their coach Rusty Russell (Luke Wilson), 12 Mighty Orphans is a rather by the numbers sports drama that despite some decent emotion and performances can get lost within its own cliches.

As a sports drama, 12 Mighty Orphans has near everything one could ask for. Being orphans with nearly no support or funding - they can't even get a football to practice with - the Mighty Mites are an immediately effective underdog who feel impossible not to get behind. Only elevated by their status as real-life individuals, 12 Mighty Orphans has a natural pull and intrigue in these individuals overcoming the odds that is the heart and soul of the majority of popular sports drama. Where far from anything new or inventive, this is a tried and true dynamic that continues to work well enough today as it did decades ago.

The one frustrating point of this formula is how predictable it feels. Where some films have properly evolved the formula such as The Way Back which captivated the audience also in the life and daily struggles of the alcoholic Jack Cunningham (Ben Affleck); 12 Mighty Orphans doesn't have this same evolution. Outside of a couple key players, the football team of young men all feel rather forgettable lacking interesting dynamics or memorable characteristics. The two characters that get the most development is that of Rusty Russell (Luke Wilson) and his assistant coach Doc Hall (Martin Sheen), but neither of their personalities feels that fresh either. It is immediately known how this story is going to go and at no point does the film challenge these expectations. The only time where an effort seems to be given is a critical threat towards the end of the film but this is undercut by the opening couple minutes of the feature causing this to lack any sense of intrigue.

Looking at what is meant to stand out within the sports genre, there are really 2 aspects of 12 Mighty Orphans which can be identified as working towards this goal. The first is the historical aspect of the story. The Mighty Mites revolutionized football and for historians of the sport this could be enough to keep them engaged more than the casual audience member. The other is the film's period piece aesthetic. Being set in the height of the great depression, the film naturally has a powerful sense of dread and sadness that it could play with. The film sadly however, never fully accomplishes what it could with this. For a dusty and grimy portrayal of Texas, the film feels surprisingly clean in its cinematography never letting it fully find the grit it should.

The editing from James K. Crouch is also quite uneven. Specifically when drawing connections between the battles on the football field and Rusty Russell's time serving in the military, the film makes some bold decisions with its editing and use of archival footage which is shaky to say the least. Where there are a number of sequences which feel dynamic and heightened by these edits, others feel clunky and messy. This inconsistency can make it hard to fully feel engaged with these sequences or for them to hold the impact they should.

12 Mighty Orphans is ultimately a competent sports drama which for fans of the genre will more than likely engage and impress. For those not necessarily fans of the genre, it feels a bit too cliched and messy to stand as a full recommendation even if it also wouldn't go down anywhere near the worst of the year.